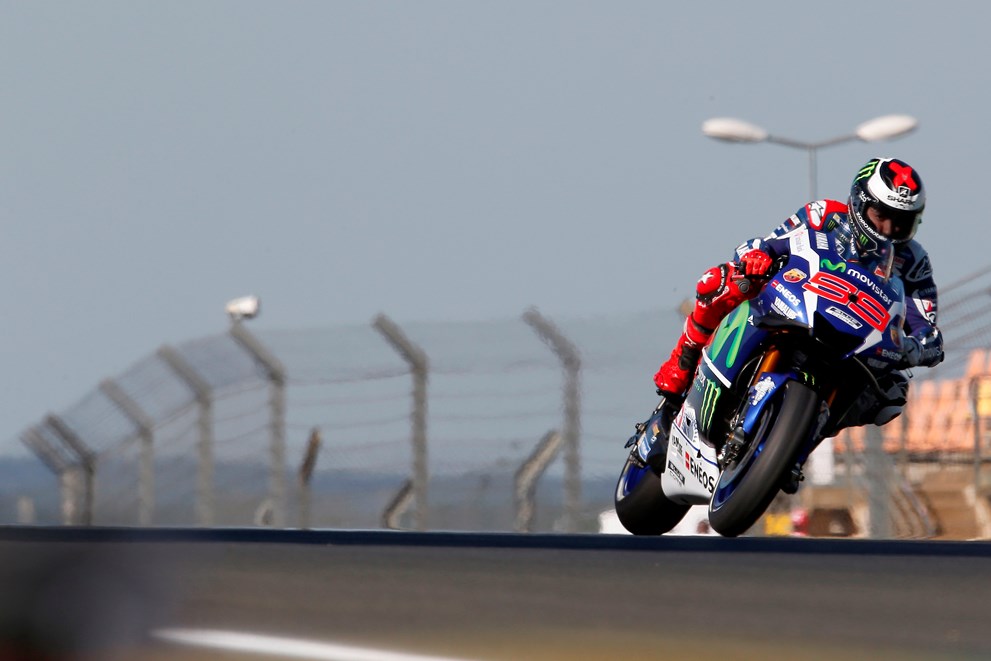 Once more it was Jorge Lorenzo who led the way during practice in the French GP, ending ahead of Marquez and Rossi.

For the first time all weekend riders in the MotoGP World Championship were able to head out on track without the stress of having to set a top ten time. Working with tires for the race was a priority for many riders as Michelin had brought several new options for the weekend. Many riders were favoring the new softer option rear, giving more grip and stability.

Fastest in the session, Jorge Lorenzo (Movistar Yamaha MotoGP) has been strong all weekend and is yet to finish outside the top three in practice at the 2016 Monster Energy Grand Prix de France. The reigning World Champion set a 1’32.801, yet again the only rider below the 1’33 barrier in a session.

Over half a second behind was Marc Marquez (Repsol Honda Team), the only Honda inside the top five. The French GP in 2015 highlighted many of the issues Honda were having, Marquez so far having a much stronger weekend.

While Lorenzo may have a clear advantage, Marquez and Valentino Rossi (Movistar Yamaha MotoGP) were much closer on the times, divided by 0.048s. The trio have been the main protagonists is every race this year.

Andrea Iannone (Ducati Team) and Andrea Dovizioso (Ducati Team) were fourth and fifth respectively. Heading into Qualifying Iannone remains as the fastest rider overall thanks to his time in FP3.

Jorge Lorenzo
"From the beginning, the first practice on Friday, everything went very well already with our first setting. Little by little and practice by practice together with the whole team we improved small details in all the corners to create a bike that allowed me to keep a constant pace. I was using the same old tyres throughout free practice 4 and normally that means that when you use new tyres you can be very fast and that's what happened today. I didn't expect to set such an unbelievable lap time, but sometimes the lap time surprises you and I'm very happy with the pole position and the lap record and especially with the work we did with the whole team on the bike."

Marc Marquez
“I was able to set a good lap today, but it wasn’t perfect. At first with the new tyre I found it hard to get the same feeling I had with used tyres and the bike moved about a lot when I tried to push more. At the end I changed my riding style a little and set two pretty good laps that helped me to fulfil my main objective, which was to get on the front row. I think the pace that I have isn’t bad, and in the last free practice I felt comfortable, although I’m still not quite as fast as Jorge [Lorenzo]. We’ll see what weather we have tomorrow and what the track temperature is for the race, and try to manage things as best we can."