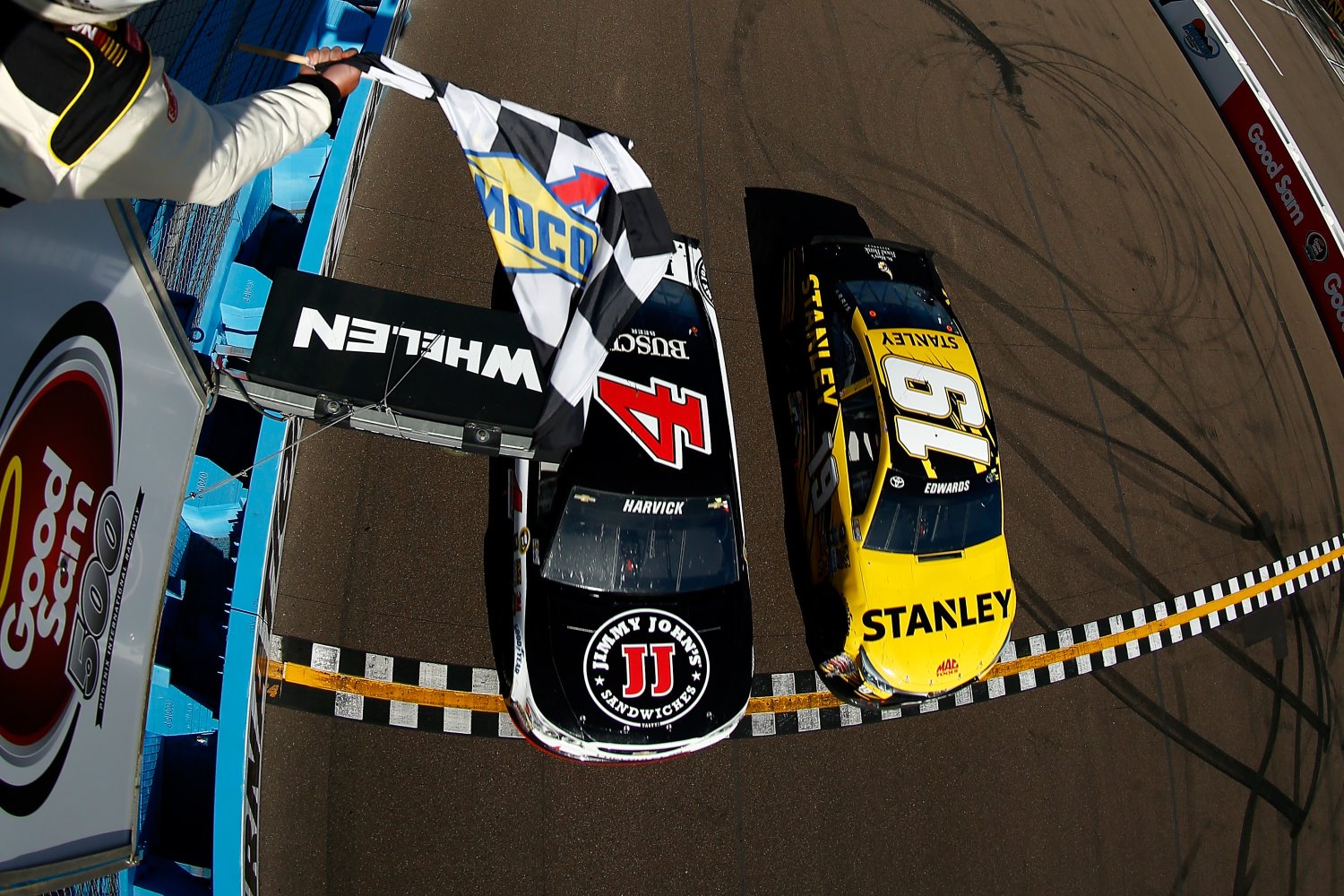 NASCAR drivers and fans alike have heralded the quality of racing this season, and there are plenty of statistics to reinforce their empirical observations. Seven of the first nine races featured victory margins of less than one second, the exceptions being Atlanta, which ended under caution after 28 lead changes, and Texas, where Kyle Busch pulled away to win by 3.904 seconds after 17 lead changes. The seven races decided by less than a second are the most through nine events since the introduction of electronic timing and scoring.

The 10th race of the season, Sunday's GEICO 500 at Talladega Superspeedway, featured 213 green-flag passes for the lead, the second most since the inception of loop data in 2005 and only the second time that number has topped 200. The record of 219 was set at Talladega in October 2013.

By all accounts, the new lower-downforce competition package NASCAR has implemented this season has made a huge difference. Another contributing factor is the job Goodyear has done in matching tires chosen for particular tracks with the lower-downforce rules package. Drivers and crew chiefs have long advocated for greater fall-off throughout a fuel run, and the racing this year has enhanced that aspect of competition.

The new package also has reduced the effect of "aero-push," which in the past inhibited drivers' ability to approach and pass a slightly slower car. NASCAR Wire Service