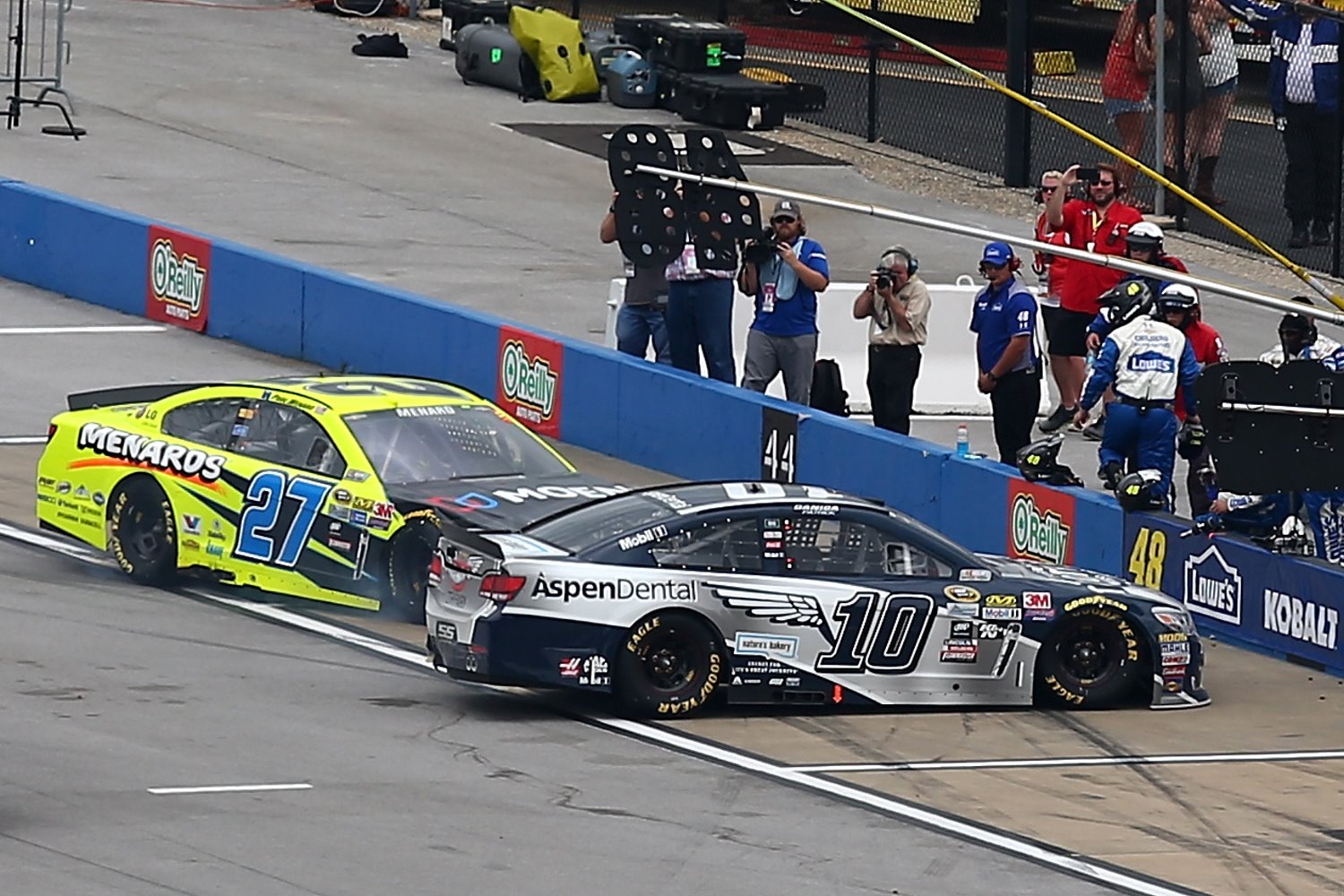 After watching the non-stop carnage at Talladega Superspeedway, it would be easy to make jokes about Sunday's GEICO 500 being a demolition derby.

Instead of talking about Brad Keselowski winning for the fourth time at Talladega, we could make jokes about demolition derbies and racers having hard heads.

Except there's nothing funny about going upside down at 190 miles per hour.

Just ask Chris Buescher, who did a series of three barrel rolls after getting tagged from behind on Lap 96.

"I am pretty sick and tired of speedway racing at this point," said Buescher after his hard impact.

Or Matt Kenseth, who also wound upside down in a late-race crash, but had no idea how it happened.

"I don't know, somebody must have gotten turned out of the top lane and just collected me," he said. "I was just going straight and saw a car come from the right side and cleaned our clock."

"I went flying last year at Daytona and that's not fun," Dillon, who in July 2015 went airborne and into the catchfence at Daytona International Speedway. "For guys that haven't done it, it's just not a fun thing to be a part of."

You could ask Danica Patrick, who looked stunned after she got out of her car following the contact with Kenseth, which began when she got hit from behind by Michael McDowell and shoved into Kenseth with eight laps to go. Patrick was so beat up she had to get X-rays afterward.

Actually, there were 33 drivers you could have asked about how they felt about crashes, because 33 of 40 drivers in the GEICO 500 got caught up in at least one of the day's eight crashes.

Think about that for a minute: 33 of the world's best drivers wrecked at Talladega on Sunday.

That's some combination of embarrassing and ridiculous.

It was damned fortunate that no one got hurt.

And yet, there's the fundamental paradox: What makes Talladega must-see TV is precisely because you never know what's going to happen next. It could be fantastic racing in a big drafting pack, or it could be 20 cars bouncing off each other like pinballs.

The unpredictability makes it a fascinating event to watch. The carnage makes you feel dirty watching it.

And the bitch of it is, there is no answer.

Kyle Busch, the reigning NASCAR Sprint Cup Series champion, made that much clear. Asked if there was away to fix all the chaos, Busch was blunt.

"I don't have one," Busch said. "I don't have a solution. It's been this way for 30 years, so… stop complaining about it, I guess." Tom Jensen/Fox Sports