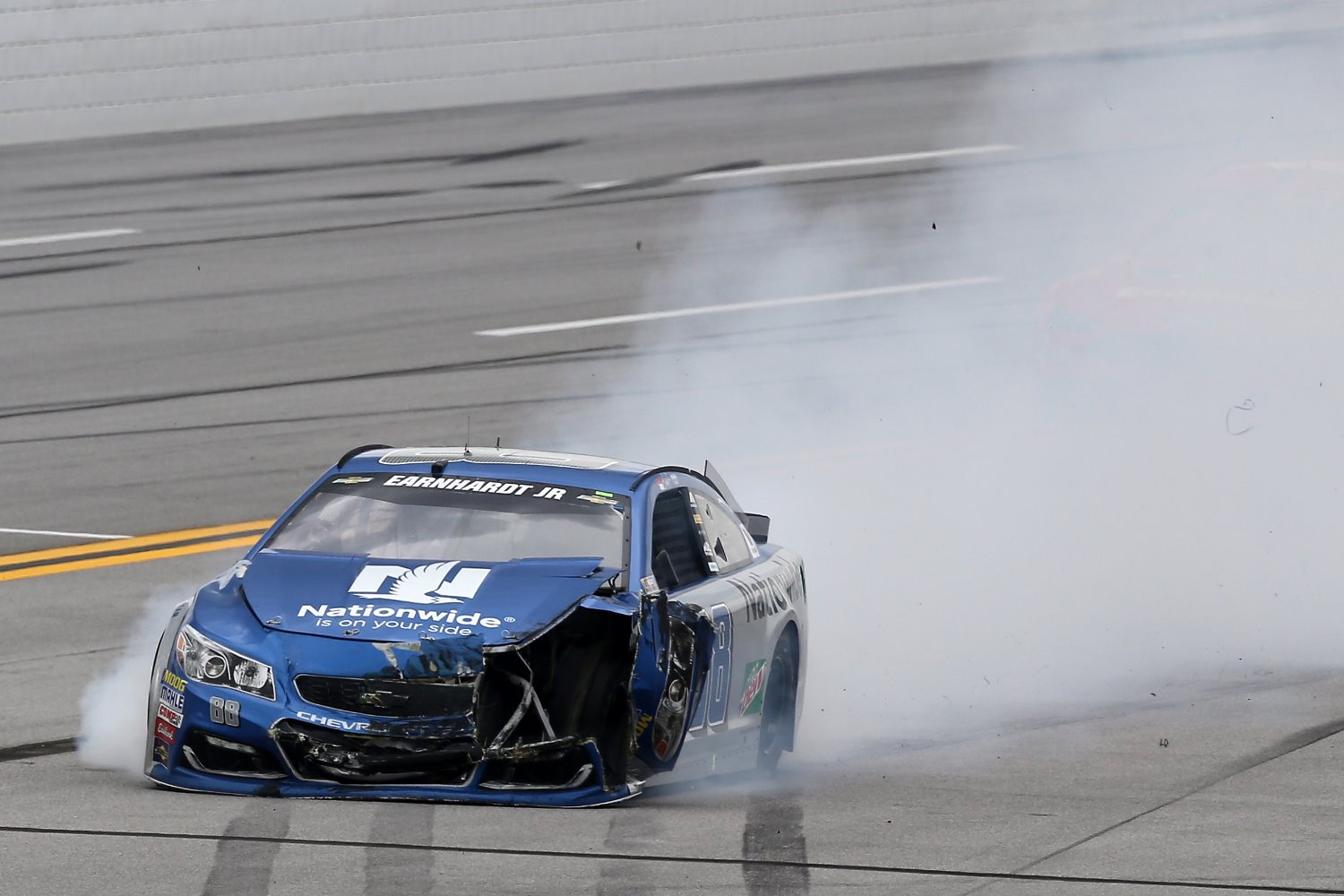 DALE EARNHARDT JR., NO. 88 NATIONWIDE CHEVROLET SS – Sidelined a second time in a crash with Carl Edwards on Lap 110

WALK US THROUGH WHAT HAPPENED THIS TIME?

“I don’t know. I was just riding around there at the back of the draft and I think something broke on Carl’s car. He just flew up the track into us."

IS IT SAFE TO SAY ‘AMELIA’ IS RETIRED NOW?

HOW HARD DID YOU HIT? ARE YOU FEELING OKAY?
“Yeah, I feel good. It was pretty hard. I don’t know. I think Carl (Edwards) hit harder. He had a longer way to go to get the fence than I did. That is why I was riding up there in case anything happened to our car we wouldn’t have far to go before we hit anything. I was in a pretty good spot to withstand something like that."

ON HIS STEERING WHEEL COMING OFF DURING THE CRASH:
“Yeah, the steering wheel came off and I was trying to get it back on and the car was headed toward the wall. Well I wasn't going to let it hit the wall so I grabbed the column and steered it with that. Tore my hands all up, but didn't hit the wall. We have to look at something to keep that from happening anymore. We were just out there riding around and something broke on the No. 19 and he came over and got into us. We just had no luck this weekend."

What ended you race?

“Yeah, the biggest thing is just something just let go there and you hate to collect anybody, so definitely sorry to the 88 (Dale Earnhardt Jr.) guys for getting their car involved in that. We had something torn up there, drove down into turn one and I just felt the right front fall down and that was it. You’re kind of just along for the ride, but we appreciate the fans coming out. I appreciate everyone from ARRIS being here – wish we could have had a better run for them, but we’ll go racing at Kansas."