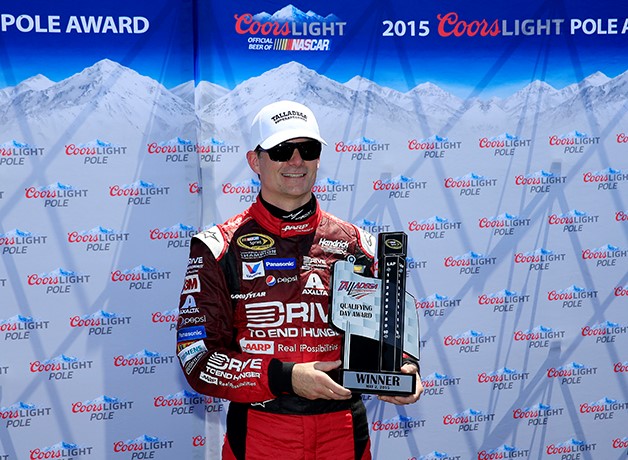 NASCAR’s “Two-Round" qualifying procedure will be in effect this weekend at Talladega Superspeedway when both the NASCAR Sprint Cup Series (NSCS) and the NASCAR XFINITY Series (NXS) return to the biggest and baddest track on the planet this Saturday, April 30.

Qualifying for both the Sparks Energy 300 and GEICO 500 will consist of two rounds that will feature every driver taking one timed lap around the 2.66-mile tri-oval during the first round. The drivers with the 12 fastest lap speeds will advance to the second round. The top-12 starting positions for both races will be determined by the fastest lap speed in the second round, while positions 13 and beyond will be established off the first-round speeds.

NASCAR officials will send cars onto the track at predetermined intervals, resulting in a constant flow of drivers making qualifying runs. The action on the track will never stop, except for the 10-minute break between rounds. There will be a new pole winner for this year’s GEICO 500 as Jeff Gordon, who retired at the end of last season, led the field to the green flag a year ago. Austin Dillon, grandson of 12-time Talladega winning car owner Richard Childress, captured the top spot for last year’s Sparks Energy 300.

“Talladega is a fantastic venue to watch a race," said track Chairman Grant Lynch. “We believe that no matter what form of racing we showcase, it’s the best in all of motorsports. We encourage race fans to get here early Saturday to enjoy all the fun and excitement on and off the track for a full day of fun."

The action-packed day concludes Saturday evening at the intersection of Eastaboga and Talladega Boulevards for Talladega’s traditional infield concert, headlined by country duo Big & Rich, Featuring Cowboy Troy. Country Music’s best-kept secret, Eric Lee Beddingfield, is set to open the event at 7:30 p.m. The best part about the concert is that admission is free with the purchase of a Sunday race ticket for the GEICO 500 (starting at 12:00 p.m. CDT).