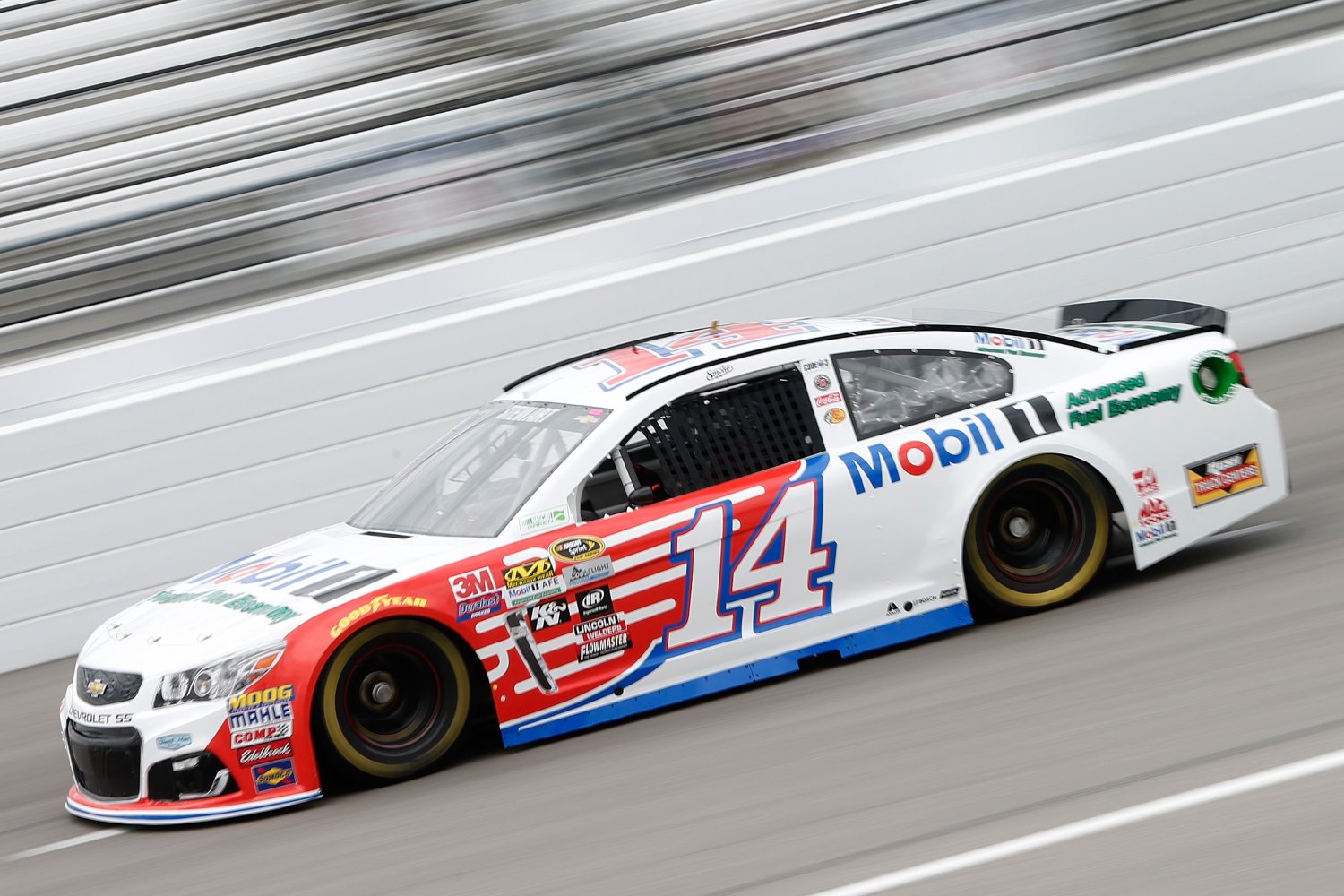 Prior to his first start of the season following an off-season back injury, three-time NASCAR SPRINT CUP SERIES champion Tony Stewart joined the FOX NASCAR SUNDAY gang (VIDEO) from Richmond International Raceway to discuss the $35,000 fine levied on him by NASCAR last week for comments he made regarding lug nuts that called safety into question. In what are believed to be his first public, on-the-record comments since NASCAR fined him, Stewart discussed with FOX Sports the motivation behind his comments and returning to the race car at Richmond.

FOX SPORTS: What do you expect from yourself in today’s race?

STEWART: “Honestly, I just expect to go do what I’ve always done in the last 36 years since I started racing. So, just get in and do the best I can. Mike (Burgarewicz, crew chief) and all these guys on the Mobil 1 Chevy team have done an awesome job. They had some long hours starting Wednesday afternoon of switching this thing over from Brian Vickers being in the car to getting my seat and everything set up for me. They had a late, late night on Wednesday night, and I appreciate that. If I could script this, this is what I want. This is A) my favorite track. B) It’s a day race. C) It’s no clouds in the sky and it’s going to get warm, so that’s every piece and variable I could ask for, for today’s race."

FOX SPORTS: Moving forward, will you hold back on any of those opinions?

STEWART: “No. I understand what NASCAR is trying to do, but I’m always going to speak my mind. I don’t know what the key word or key phrase was that got me fined. But when it comes to safety, I’m not going to hold back. That’s $35,000 well-invested if it makes it safer for these guys. I think they’re (NASCAR) doing something different today with rules on trying to keep everybody … making sure we get enough lug nuts on the cars. You just don’t want to be in a position where, with 20 laps to go and you’re leading the race and you haven’t won a race and you need that to get in the Chase, to have to make a decision as a driver whether to come in or whether to ride down and hope it stays. That’s not a good position for us to be in. I think some of the people at NASCAR took it the wrong way. They’ve done an awesome job with safety and this is one thing we still need to look at. It wasn’t saying they’re not doing their job. I just felt like this is one thing they dropped the ball on. So, they’re doing a good job. They’re looking at it. They’re going to address it and make it right, and down the road, we won’t have to worry about this again, hopefully."

FOX SPORTS: Have you tapped into your teammates to get up to speed on the new aero package and to have a chance to win the race today?

STEWART: “Yeah, I’ve been at every race except for Daytona. So, every week I’ve been at the track, I’ve been listening to what’s going on. I’ve been to a couple of the debriefs and I’m pretty much up to speed. Yesterday’s practice was probably the biggest thing I needed to do and that was just go out and make laps. At the very end of the session when it was probably the peak temperature for the session, guys were moving around on the race track, the track was getting slippery, and I got a chance to get around guys and find out what I could do in traffic. So, I learned enough yesterday to remember what to do inside the car now. It’s just a matter of going out and doing it. It just felt like an old pair of shoes. I’ve been out of the car for five months, but it didn’t feel like it. So, it took about 10 laps on Friday to kind of get re-acclimated to everything, but other than that, it’s still the same race car I was driving last year."