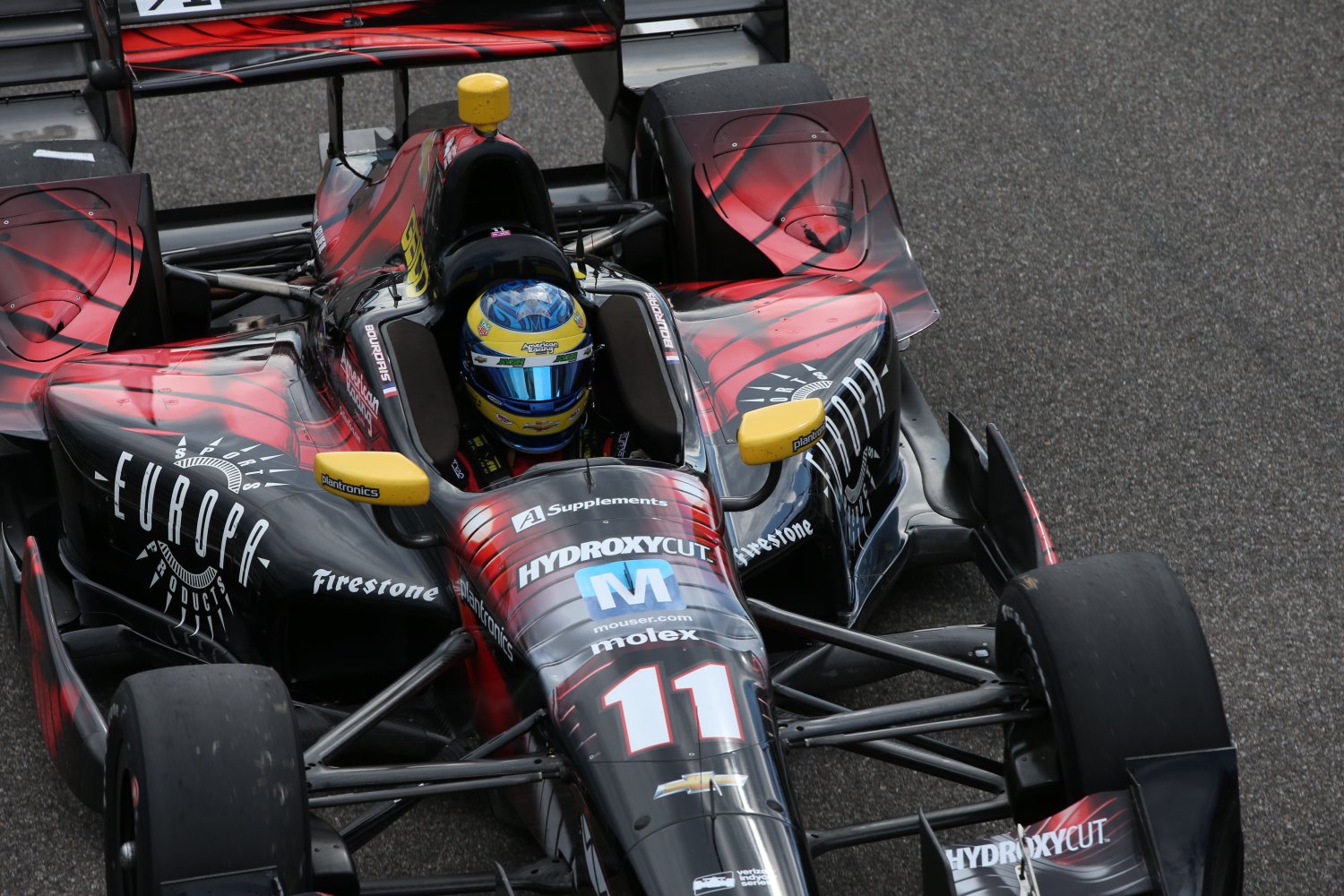 It is beautiful morning here in Birmingham, Alabama. The weather is expected in the low 80's and sunny, which the drivers are saying will make the track unpredictable during today's race.

Sebastien Bourdais broke the qualifying track record yesterday, previously held by Scott Dixon. During the second session of qualifying, he established a new track record of 1.06.6001 seconds. However, he is not on the pole but will start fifth due to his time in the Fast Six session.

"You set the track record and then you get disappointed when you finish fifth.", the disappointed 4 time champion commented. "You know, it's a shame. The guys did a great job. We unloaded off the truck real strong, and that Hydroxycut machine was really dialed in. Just couldn't quite make it happen on the rerun on the tires, just picked up a bit too much understeer and just couldn't get back on power on these long, long, long turns. Only the juice of the new tires could have allowed me to put it together, and it was a really clean lap, and it's so funny when the car is like that, everything seems easy, and it was one of the very enjoyable moments of the week for sure."

Bourdais commented on his thoughts for the race. "First, we're a little concerned for a full stint on these reds because there's only one set that's going to be brand new. Second of all, they seem to fall off pretty quick. Then when they lose their edge, if it's the front, you can manage. If it's the rear, it gets pretty interesting."

"So we'll see how that goes, but should definitely be an interesting race tomorrow with possibly different strategies and very different pace between new tires and old tires as the tire degradation kicks in. We'll have to be careful with that."

This track is a beautiful 740 acres multi-purpose racing facility on the eastern fringes of Birmingham, Alabama. It was built by George Barber and includes the Barber Vintage Motorsport Museum, which has been named "the largest motorcycle museum" by the Guinness World Records.

The park, which opened in 2003, has a 17-turn, 2.38-mile (3.83 km) road course, designed by Alan Wilson, viewable from several naturally wooded or grass-covered banks. The track is designed to be run clockwise. The layout is compact, with a number of elevation changes. The pit lane is to the outside of the track, parallel to the front stretch; the pit wall is on the driver's left.

The track is unusual in having no general-access spectator seating at the start/finish line. The area outside of the front stretch, bounded by the track on three sides, is occupied by the multi-level paddock. A building along the front stretch, between start/finish and turn 1, houses a media center, a race control area, track offices, garages, and some VIP viewing areas. The main spectator area is along the back stretch, between turns 8 and 11; here spectators can watch from embankments, or from temporary grandstands erected for race weekends. From this area, most of the course, except for turns 2/3 and turn 13, is visible. There is generally no spectator access to the infield. An RV park and camping area is located atop a hill behind the paddock.

The race fans and media people are shuttled from the parking areas to where they want to go by volunteers. Talking with our driver this morning, he explained that Mr. Barber gave them only one instruction when they are working, to give the fans a good experience. It is really nice to be chauffeured around by a pleasant person enjoying his job.