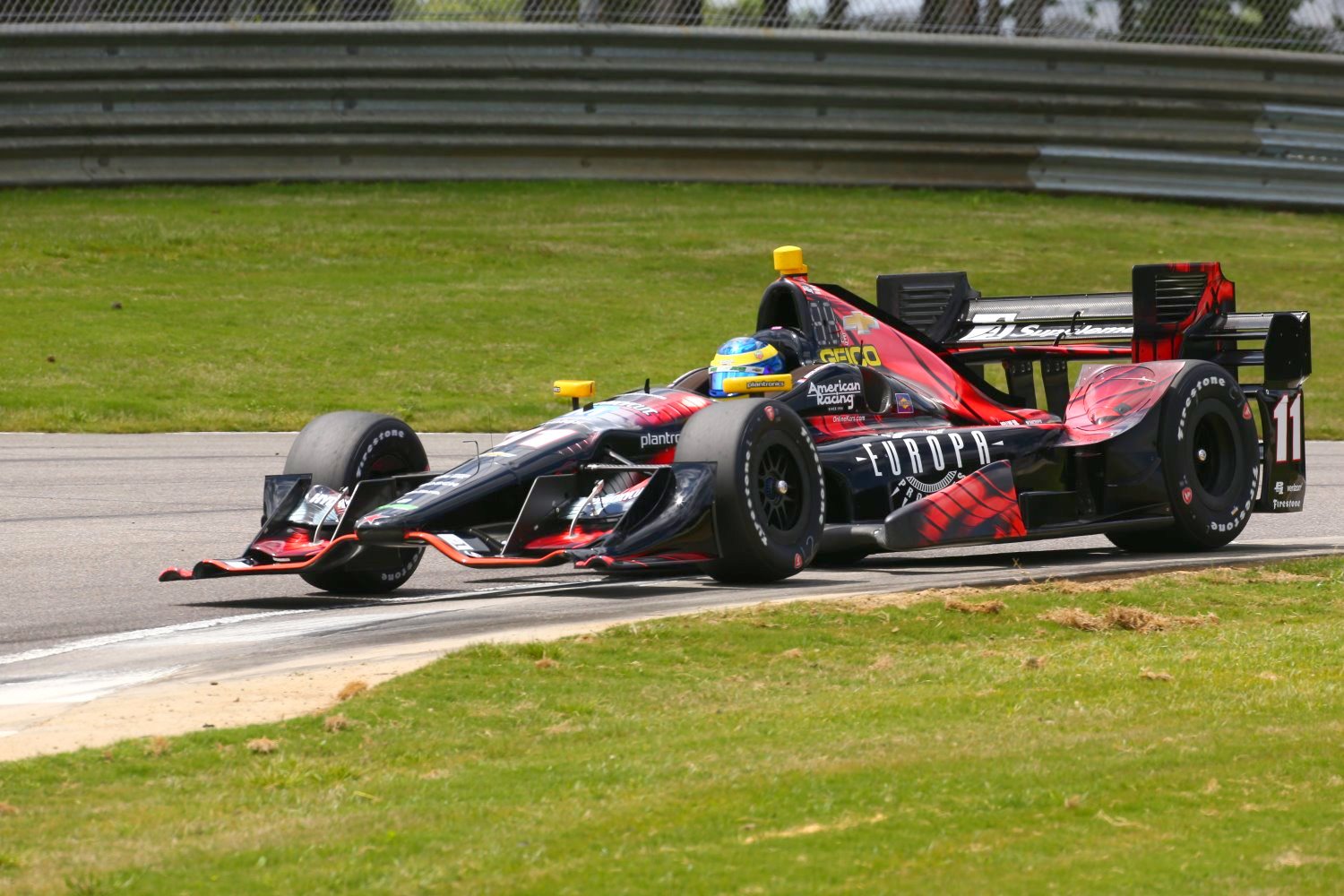 With Chris Mower now onboard with KVSH Racing the results are beginning to come. Sebastien Bourdais turned the fastest lap in opening practice for the Alabama Grand Prix IndyCar race.

Chevy was fastest with Bourdais but Honda took the 2nd thru 8th and appear to be competitive with Chevy so far.

Conor Daly ended the session as the fastest rookie in 16th position, with fellow rookies Max Chilton and Alexander Rossi in 19th and 20th position.

Tony Kanaan was slowest but he missed most of the session due to an electrical glitch.

The track is still rubbering in so expect faster times later if it does not rain. Drivers are also saving tires so some drivers did not run much. Pole times will be in the 1m06s range.

Juan Pablo Montoya was forced to sit out the final two minutes of the morning practice session for unsportsmanlike conduct after bumping Bourdais on Turn 2.

"I heard he was coming so I stayed out left and then he kind of gave me a wheel," Bourdais, who had the quickest lap of the first session, told NBC Sports. "So I was like, 'OK, I guess I was on your line. Sorry.' I'm staying right on the white line so I didn't think he was using it, but maybe he was. I don't know."