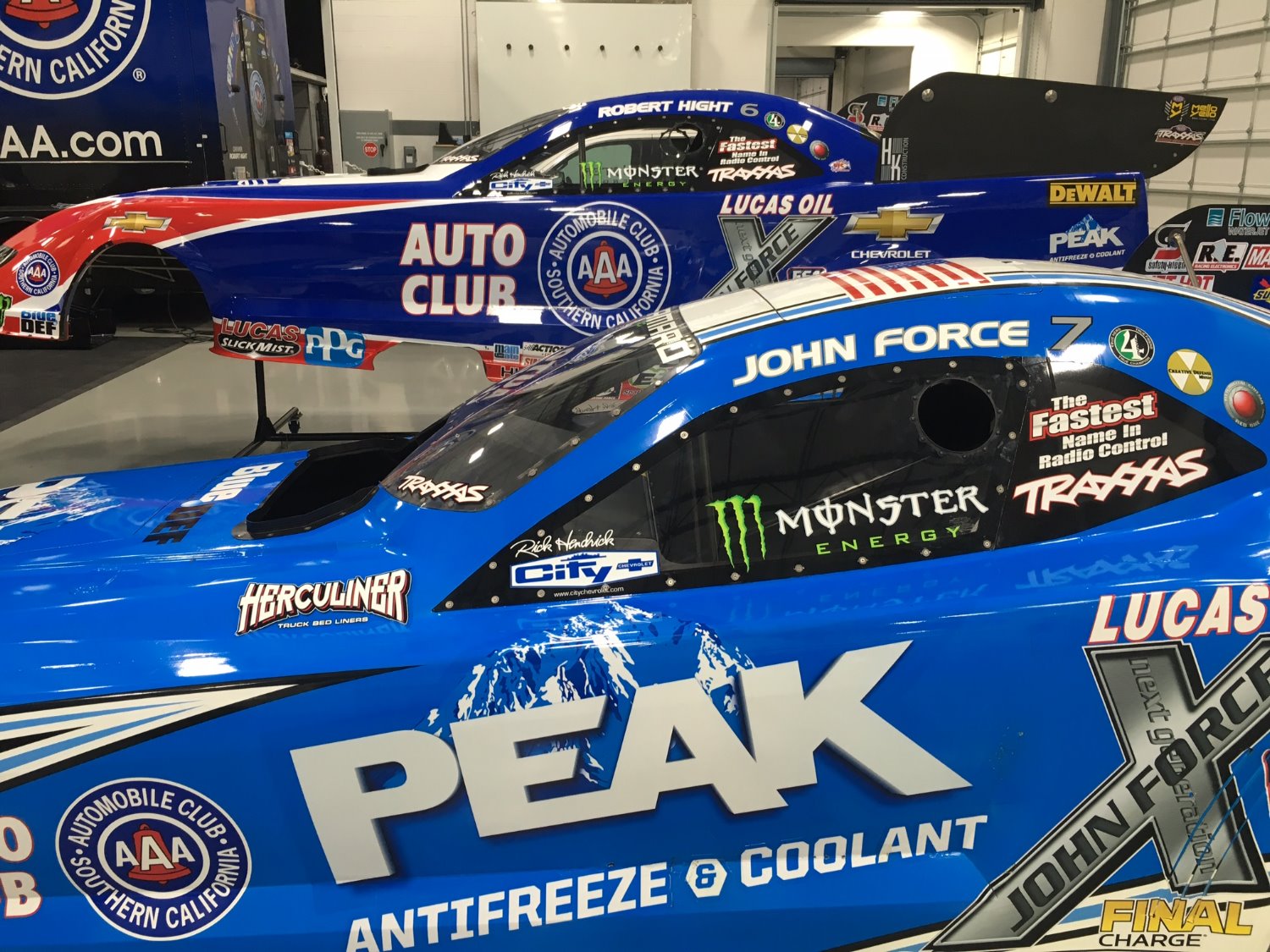 Two racing legends will come together in Charlotte when John Force Racing and Rick Hendrick City Chevrolet team up in a one race multi-faceted marketing partnership. The 18-time championship Funny Car team will drive Chevrolet vehicles to and from the race track while they are racing at the Lowes Foods Four-Wide NHRA Nationals at zMax Dragway in Concord. The City Chevrolet logo will also adorn all four race cars during the three day event.

“Racing in Charlotte is a big deal for us. That is NASCAR country and Bruton and Marcus Smith have built us the Bellagio of race tracks. We do a ton of sponsor work and media interviews so it is great to partner with Rick Hendrick and Hendrick City Chevrolet for Chevys to get around town," said John Force, 2010 Four-Wide Nationals winner. “We’ll be racing four-wide so we will have about 40,000 horsepower of power on the track. It will be awesome for the fans to see and I hope that come by our pits to say hello."

Force and Hendrick have shared a love of NHRA drag racing for many years. The pair of legendary racing team owners often cross paths at NHRA and NASCAR events.