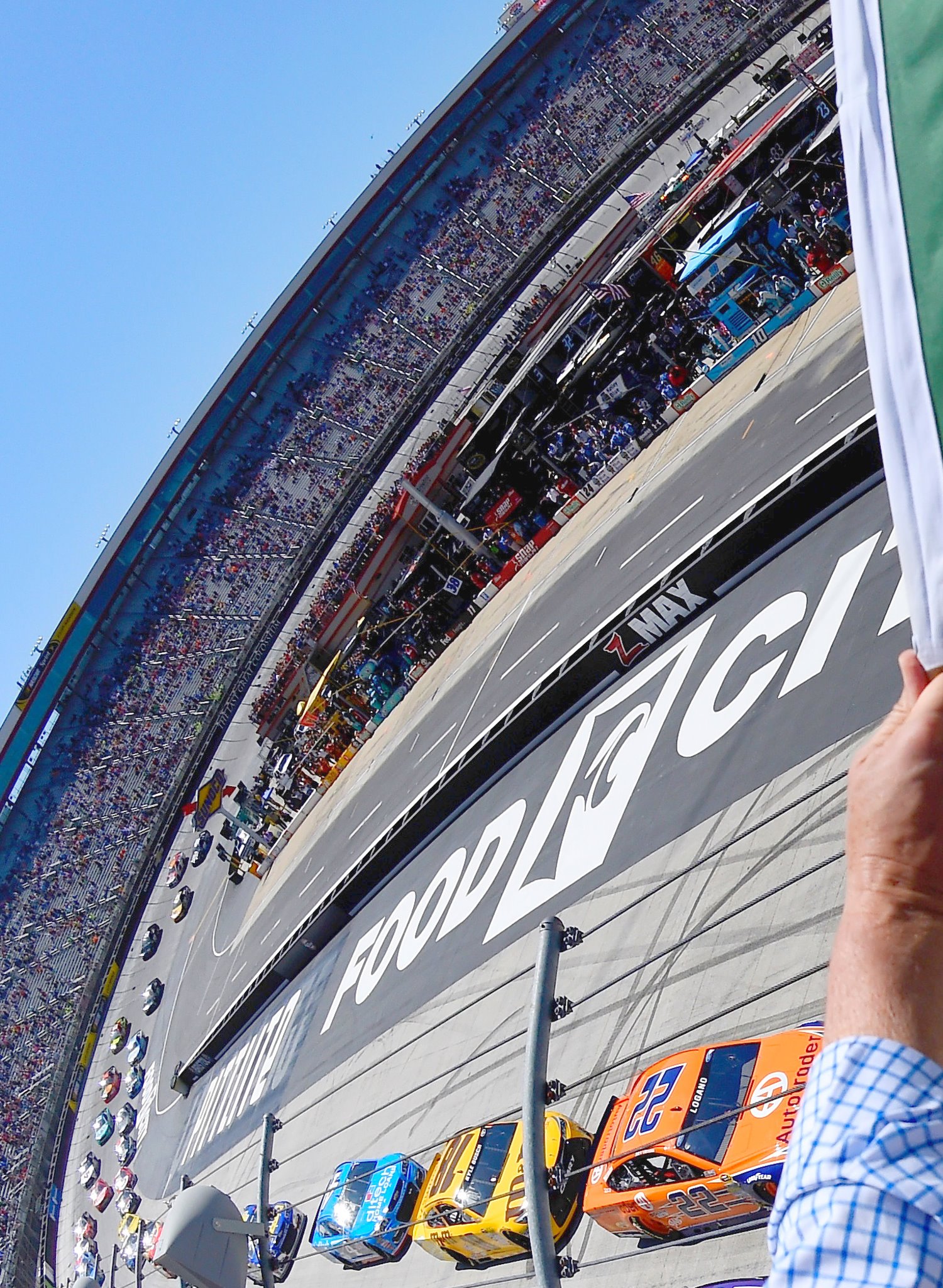 The headline story out of Bristol was Matt DiBenedetto coming in the sixth in his underfunded car. The real story coming out of thunder valley was how far NASCAR has fallen and nobody covering the sport seems to care.

In every sport the media members that cover it are the conduit of information not available on television to the fan. They get the interviews and behind the scenes and information from teams that keep you informed. They are the keepers of the history in sport. The journalist that cover those sports also have a responsibility to keep the rulers of the sport honest with their fans. In the NFL we have the domestic abuse scandals which without the media would never have come to light. Or major-league baseball and the steroid scandals that rocked the sport to its core. The NBA had the rogue official in a betting scandal. All situations brought to light by an independent media corps willing to ask the hard questions.

In NASCAR the issues they face are very simple and everyone can see them. The sport is falling in popularity rapidly and nobody wants to admit it. The Food City 500 at Bristol Motor Speedway shined a giant light on NASCAR’s issues. Billed as the last great coliseum, Bristol Motor Speedway appeared to be less than a third full of it’s 140,000 seat capacity. This despite of great racing almost every week this season. A track that at one time had consecutive sell outs of 53 events.

Every week I report on the television ratings and all but Martinsville have fallen. The reality is though after a 30+% drop in 2015, a 4% gain is still way down. Half of the races have fallen more than 10% year over year continuing a decade of steady decline. Giant swaths of empty seats at all but Daytona and Phoenix are a visual reminder that the sport is struggling. Its an obvious issue and the prominent voices covering NASCAR seem not to care.

Why is nobody in the mainstream media talking about it? The Twitter accounts of people in NASCAR and NASCAR media members are full today of questions about why the attendance is so bad at Bristol. Instead of the truth, answers such as two years of bad weather or high hotel costs are the answers that are given. The drop in attendance isn’t just a Bristol, it’s almost every facility on the schedule!

Several weeks ago when Brian France made his controversial support of Donald Trump public, the media swarmed NASCAR insiders and staff members with questions about its effect on NASCAR. The truth of the matter is, that had very little effect on NASCAR, but the continuing decline in attendance in viewership has a massive effect on the future of the sport and nobody seems willing to question NASCAR about it.

NASCAR is unique in that the sport is dependent on sponsorship from business. The only reason companies are willing to sponsor NASCAR teams or NASCAR itself is because of the eyeballs it attracts. The fewer people watch on television or sit in the stands, less money will come into the sport. With that said the size of the television audience and the number of spectators in the stand is a gigantic issue that is not going reported.

The tragic passing of Dale Earnhardt Senior at the Daytona 500 caused a media firestorm that pushed NASCAR into its current state of being one of the safest motorsports in the world. The injuries to Jeff Gordon, Denny Hamlin and Kyle Busch after hitting unprotected walls at different tracks pushed the media to demand answers as to why those areas were still unsafe. Because of the push from the media those areas are now protected and drivers are safer.

Why is this not happening with the heartbeat of the sport, the fans. When it comes to the issues facing the sport it’s like the house is engulfed in flames but the media keeps asking about the color of the shutters. Unless more fans start watching the sport and coming to the races a lot of the same media members are going to be looking for work.

It brings into question the close relationship the networks have with the sport. NASCAR itself decides who gets media access to its drivers and facilities. Unlike MLB, the NBA or the NFL where the team has some control of that. The huge sums of money that the networks pay NASCAR for broadcast rights make you wonder if that might be clouding it’s journalistic decisions. The media does not necessarily have to be adversarial, but it’s coverage does need to be honest for it to keep the faith of its fans.

That trust the fan has is constantly being tested by the broadcasters relationship with sponsors. The line between broadcaster and paid endorser seems to be blurred at almost every step during NASCAR telecasts. Even the facilities are sponsored by entities that are also sponsoring cars on the track. The new Toyota area at Daytona international Speedway was brought up several times after Denny Hamlin’s win in a Toyota in February. Or how about Ford championship weekend at Homestead. You don’t think the track, who is getting millions of dollars from Ford, has a rooting interest in a Ford in victory lane?

This weekend was prime example of the ignoring the obvious attendance problems to promote the new colossus jumbo screens at Bristol Motor Speedway. We were repeatedly told how much the signage weighed, that the letters for Bristol were 6 feet tall and how much the cables weighed per foot. Virtually no mention though of the more than 70,000 empty seats at the track that in the recent past were constantly filled. We need the people whose cover the sport to be honest with the rulers of the sort and demand answers. Do not let the sport we love continue to fade from relevance and become a niche sport. If the current decline in NASCAR continues, more and more of the people whom cover it will go away until there is just a few. The question they will ask is, what happened to NASCAR? Martin Feigen/Beyond The Flag