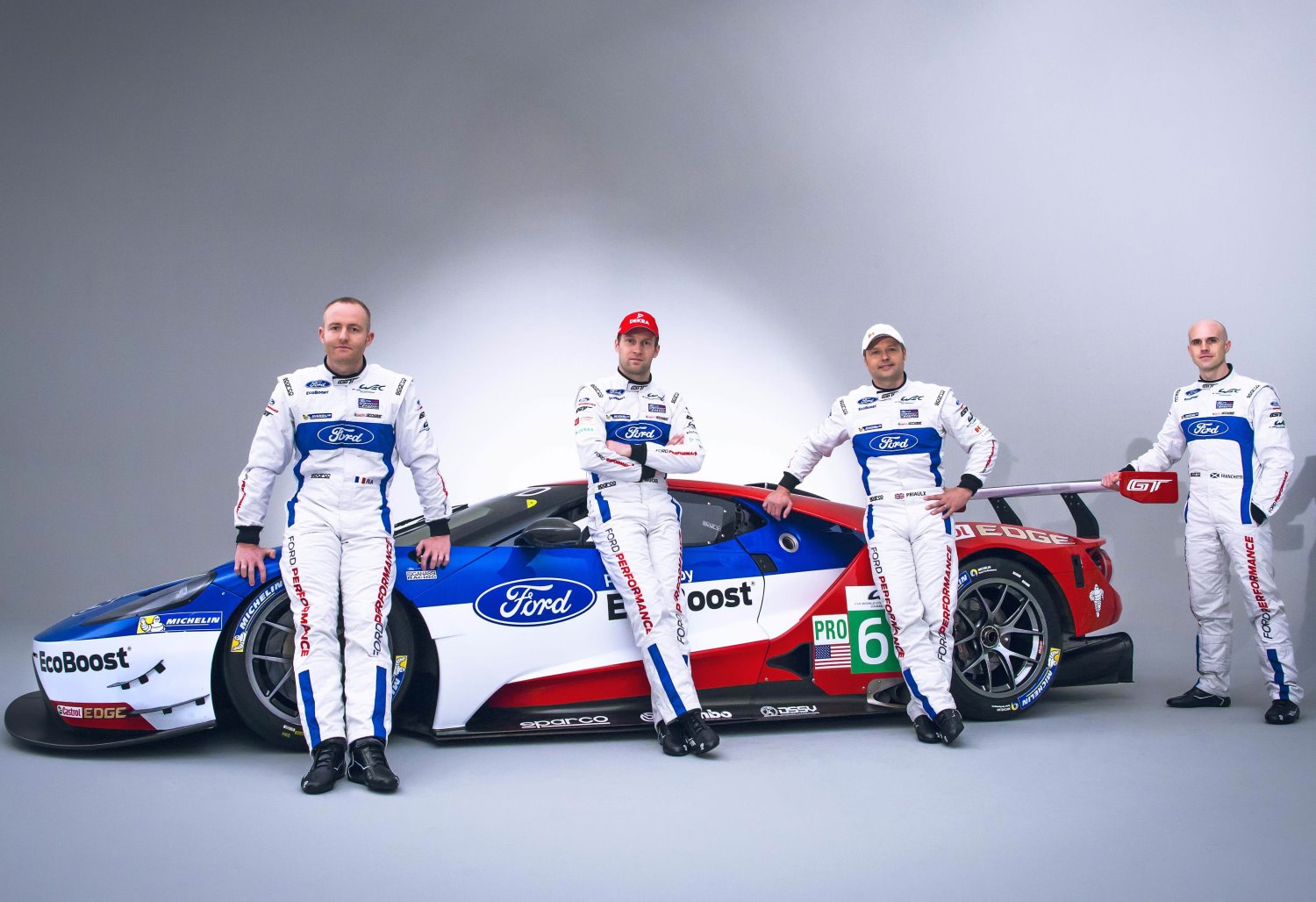 Ford’s next major chapter in its road to Le Mans begins on Sunday with the race debut of its FIA World Endurance Championship program in the Six Hours of Silverstone.

The UK-based, Multimatic-run operation has gotten off to a promising start this weekend, with the No. 66 Ford GT of Billy Johnson, Stefan Muecke and Olivier Pla qualifying third in the GTE-Pro class.

Sportscar365 caught up with Ford Performance director Dave Pericak to get his thoughts on their entry into the WEC and how the build up to Le Mans has gone.

Do you feel prepared for Ford’s WEC debut?

"Yeah I think we’ve taken everything that we’ve learned from the races that we’ve run so far, and these cars represent the latest and greatest.

"I think that if you look at how qualifying went, especially with the No. 66 car, we’re pretty pleased with where we ended up.

"But like with anything else, it’s the first time we’re bringing a new car, a new team, everything all together at one.

"So tomorrow I’m hoping that we see that we can run a very durable and well-executed race."

What was the reason for having a WEC program in addition to the IMSA effort?

"Ford, being a global company, and the GT being the product that is the halo product for the company, it only makes sense that if you’re going to polish the oval that you polish it globally.

"And so to do that, we have to make sure that we have a global presence. So it was very important to us, since the car will be sold globally, that we race it globally as well so everyone can share in what it’s all about. This is a hugely important series for us to race in."

How has the assembly of the WEC team gone, considering it’s been built from scratch?

"It goes to show you that if you don’t put any barriers in place, you don’t constrain yourself, and you go get the best people, the best drivers, the most experience, it can come together really quickly.

"I’m very pleased with how quickly it’s come together. If you just spend some time in the garage area and see how well everyone’s working together, it seems like everyone’s been working together a helluva lot longer than five months."

What lessons can you learn from the early-season WEC races and IMSA races heading into Le Mans?

"The most important thing is to get as many miles as you can on the car. Being that we started off the season with a 24-hour race is great. Then we went into a 12-hour race, and now we’re in a six-hour race.

"The more durability type races that you can get in, long runs, the more you can learn about the car and shake it down before the big one at Le Mans."

The WEC team had a recent 30-hour endurance test at Paul Ricard. How did it go?

"It went really well. The cars ran really well, the team did a really good job. The team and drivers got to gel and really get to understand each other. It was very beneficial.

"We’ll be doing another durability run coming up between this race and Spa, and so we’re going to try to get as much time behind the wheel as we can."

"We took all of the learnings from what we ran into in the U.S. and baked it into these cars. And it’s proving that all of the fixes that we put in place are very durable.

"Just as we ran Sebring, we didn’t have any issues there either. We’re knocking down the big issues, now it gets down to the little things and the execution."

What are your realistic goals for tomorrow?

"Just a real clean, durable, well executed race. Obviously it would be nice to get on the podium. Who doesn’t want that?

"But what’s most important right now is to get this team to work as a team, to get the cars to run, and to make sure that we’re ready.

"You always race to win, but we really need to make sure that we can run a clean, durable race."

You released some more details on the production car this week. A total of 500 cars will be produced over a two-year span. How has the reception been so far?

"Well the reception has been fantastic. We just opened up the application process on Wednesday.

"We’ve got over 5,000 applications that are in process right now. And so the demand on the car has been high. We can’t possibly build enough, but that’s a great problem to have.

"Everything is going the way we need it to go. We’re getting ready to do our next batch of prototypes builds, and getting ready to put the real car out by the end of the year." John Dagys/Sportscar365