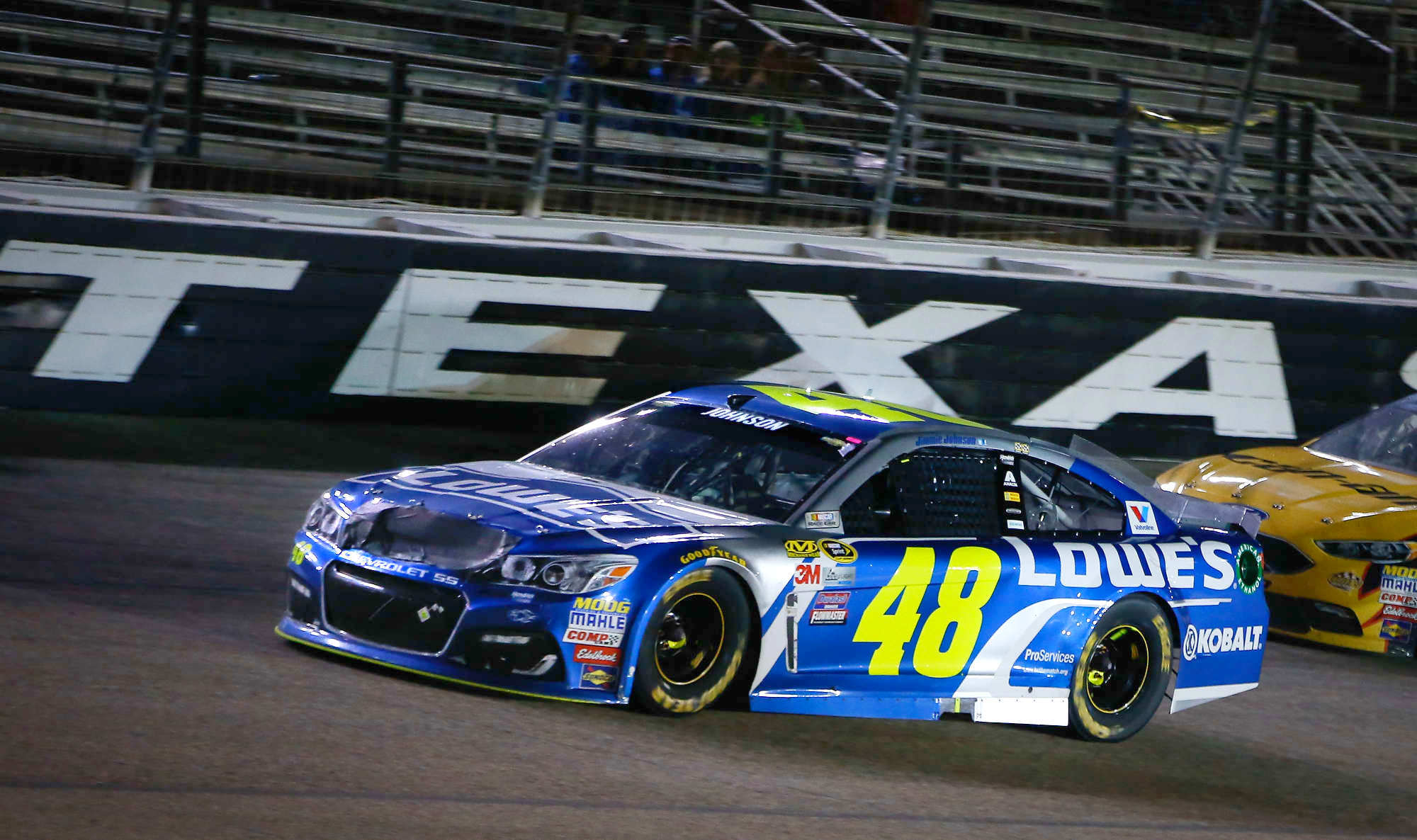 The crumbled and taped nose of the #48 Chevrolet illustrated Jimmie Johnson's point more than the amount of leaders or passes in the Duck Commander 500 on Saturday at Texas Motor Speedway. It had to. The downforce-reducing aerodynamics package that NASCAR vetted successfully last season and applied to most of the venues on the 2016 schedule had produced results mostly pleasing to fans and compelling to drivers through five applications so far. The result early Sunday morning felt decidedly less exhilarating with Martin Truex Jr. leading 141 of 334 laps, Carl Edwards 124 and Kyle Busch producing the crucial pass for the eventual win by virtue of a decisive sequence that had more to do with pit strategy and tire wear than aerodynamics. But, Johnson said, this was progress, however subtle.

"I passed a lot of cars tonight in a variety of situations and getting out and looking at the nose of my car, it's pretty hammered," said Johnson, whose tribulations en route to a fourth-place finish included a pit road collision, a near-wreck, and being caught a lap down during an inopportune caution. "I think having a beat-up race car and being down a lap and taking the wave-by, a variety of other issues that went on and passing that many cars I think that's a great sign of where this package is at."

But in the first night race of the season, amid cool temperatures and on a track that was washed of rubber before the race by rain, there resulted a show that outwardly appeared less dazzling or at least not commensurate with the anticipation level. "Honestly, we've got to be real about the things that contribute to creating grip," Johnson said. "A nice cold evening is going to create grip. The slicker the race track, I think, the more the cars will shine is where we're at. I think Vegas was cool and crisp ad good grip and not exactly what we wanted. Here was still good but I think once we get in the hot summer months we'll put on a good show." USA Today