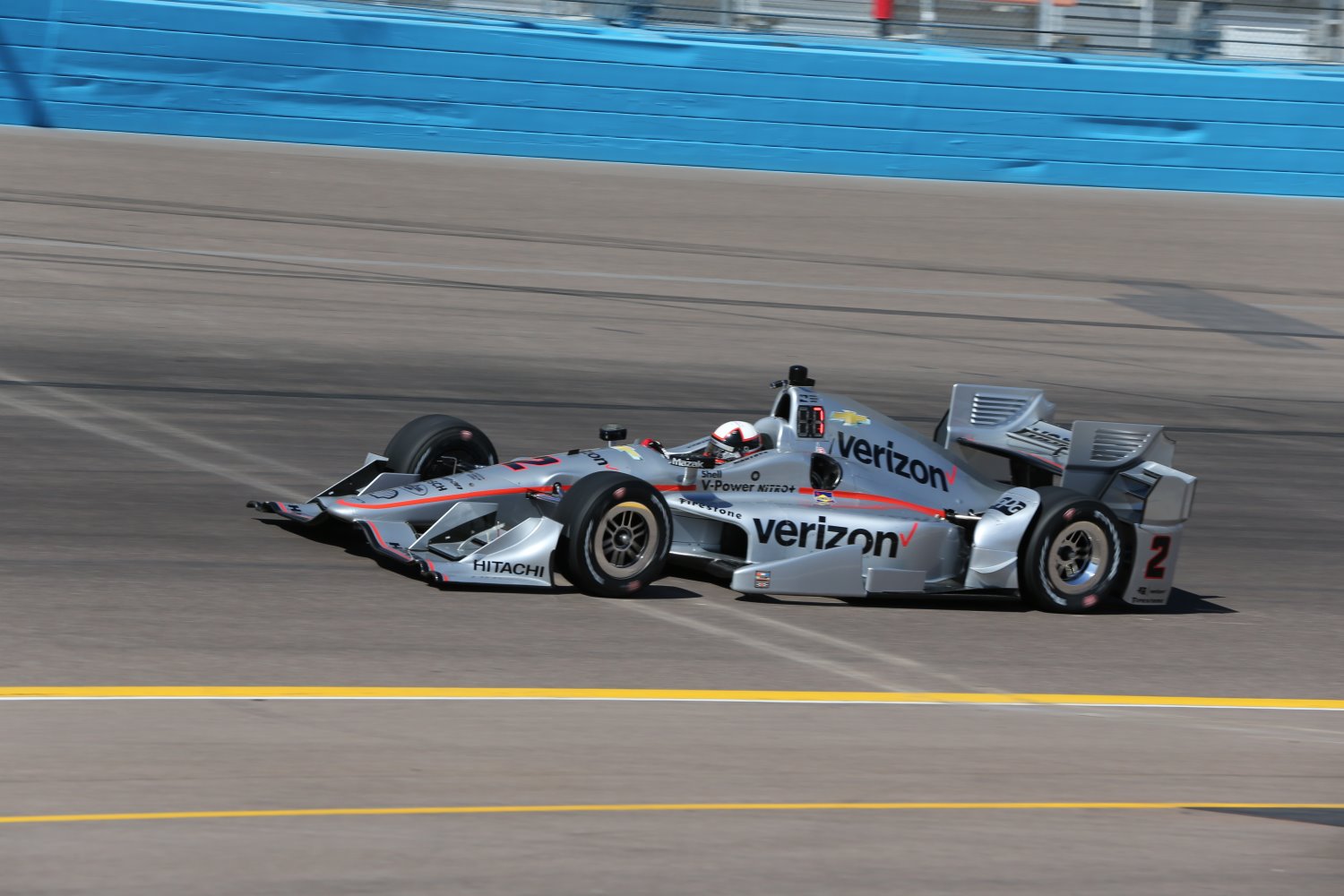 Both Helio Castroneves and Juan Pablo Montoya saw their races at the Phoenix International Raceway heavily compromised on Saturday evening after both Team Penske drivers suffered punctures whilst leading.

Castroneves had led the opening stage of the race around the one-mile oval only to suffer his front right puncture on lap 39, consigning him to the pits and a race attempting to fight back from 2 laps down, eventually making up those laps due to a good strategy from his team to finish eleventh.

"There was never an indication there was any problem with the tire so by the time we realized it was going flat, it was too late," said Castroneves.

"Everything was going so smooth, it was too good to be true. Once you go slow on a one-mile oval like that it's like an eternity to get back to pit lane.

"We lost a lot with that. Really, to finish on the lead lap and in the top 11 shows just how good the REV Chevy car was this weekend."

Team-mate Montoya had assumed the lead after Castroneves' problem, but found himself similarly out of position when his own front tire deflated on lap 96, with the Colombian also able to reclaim his place on the lead lap by the end, finishing ninth.

"This was more of an attrition race because we are the fastest cars but you get hit with yellows and cut tires so it's not a true sense of what our cars were capable of," said Montoya.

"Simon [Pagenaud] and Will [Power] showed through, but with Helio and myself we got caught up with a cut tire, so it would have been a totally different race."