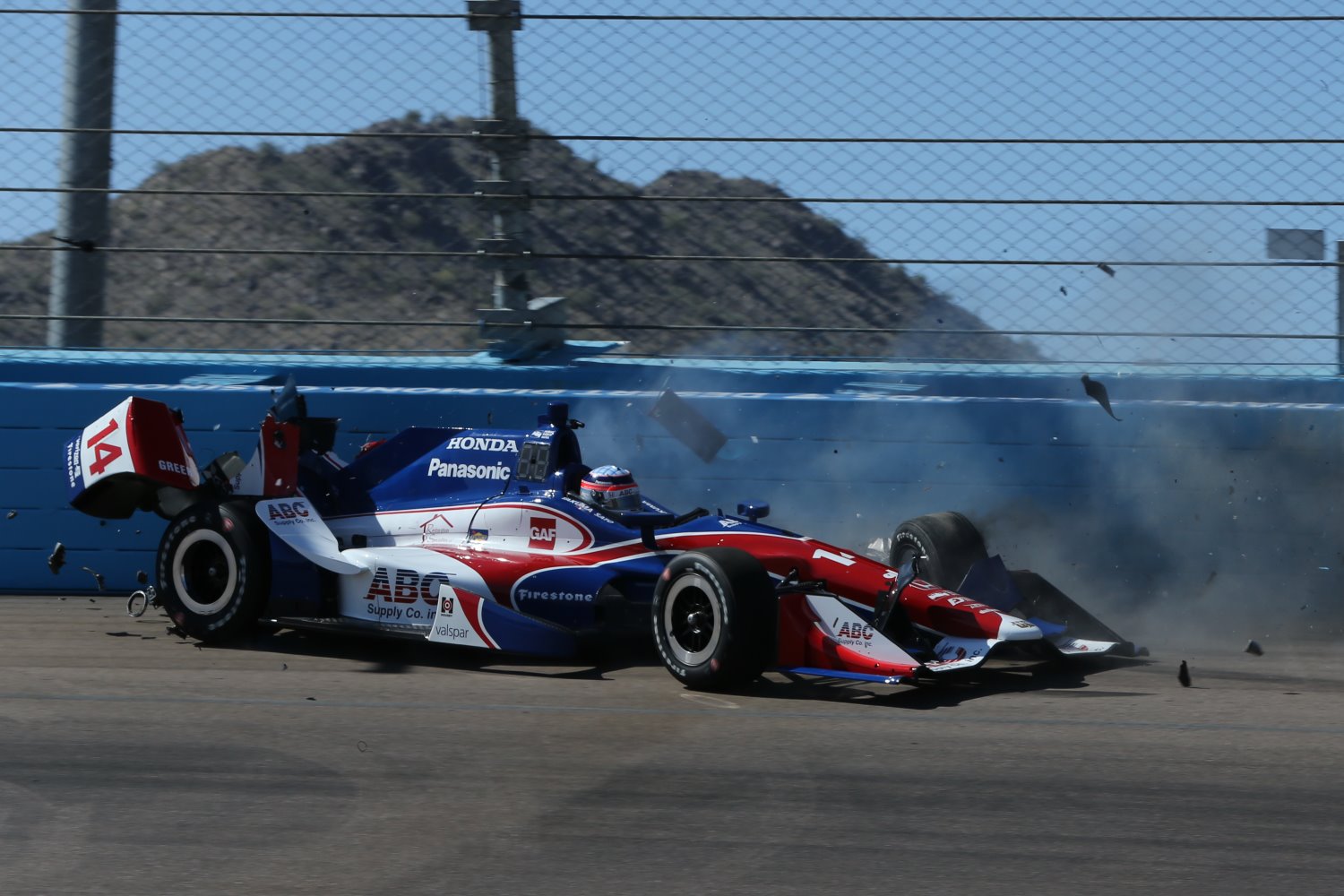 It's about 10:45 a.m. local time on race day at Phoenix International Raceway. If you've been reading my posts over the past few days you know that the weather has been glorious here in the Valley of the Sun, and today is expected to be no different.

In just under three hours Indy Lights presented by Cooper Tires will contest its third race of the season with Juncos Racing's Kyle Kaiser starting from pole. The green flag for the Desert Diamond West Valley Phoenix Grand Prix is expected around 6:15 p.m. local time. For live race updates from Phoenix, follow @AutoRacing1 on Twitter, which I will be updating.

One story I looked into yesterday was the three similar accidents in turn 1 involving Takuma Sato and James Hinchcliffe in practice then Carlos Munoz in qualifying. All three Hondas snapped suddenly and backed hard into the SAFER barrier reminiscent of Nigel Mansell's crash in 1993. Luckily, all three drivers were ok and will race today.

We know all three were in qualifying trim, and thus pushing the envelope (the general consensus this weekend is track position will be at a premium tonight). I spoke with a few drivers asking if they had any thoughts on that particular turn.

Some drivers noted the track was a little more slippery and that after the accidents they took more conservative lines. However, the most interesting comment on the turn came from Charlie Kimball driver of the no. 83 Tresiba Chevrolet.

"That turn 1-turn 2 complex is definitely a tighter radius, bigger banking, so when it goes, you have a lot less warning," said Kimball. "In 3 and 4 you can start to feel it with the lighter banking. It's more a Milwaukee corner, instead of a turn 1 at Pocono type corner."

Anyway, I found Kimball's comment of not having much warning when the car goes around as very interesting. This will surely be something to watch for tonight.

Following up on my report yesterday talking about Honda teams talking about their struggles with grip, Conor Daly, driver of the #18 Jonathan Byrd's Hospitality Honda also commented on the subject. "We're so on edge, and we're just have to playing it too safe, whereas the competition can go out and be easily in all top-10 spots. We've got a lot of experienced guys crashing and it just shows us there's a difference between the two manufacturers, so it's tough."

And the frustrations within the Honda camp aren't limited to drivers and team personnel. Beccy Hunter-Reay, wife of Ryan Hunter-Reay, tweeted last night after final practice:

Suffice to say, there is a lot of frustration in the Honda camp right now. I'll have more later.