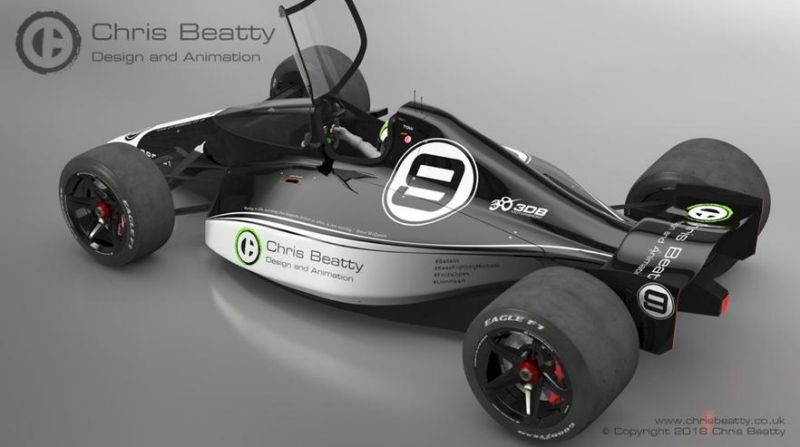 Bill Pappas, IndyCar's VP of competition, says cars will qualify and race at Phoenix this weekend with the same aero package they tested last month – but changes could be made for Iowa and Texas.

"At Phoenix, we're planning on running what we ran before," Pappas told Motorsport.com. "Nothing has changed since the test. We spoke to all the drivers and asked them what they would do, what they thought would help the racing. And there wasn't a consensus of opinion that said, 'Go down this route,' or 'You should change that.'

"The one thing they agreed about was that this was the first time we'd been here with this car, so let's run what we have and we'll talk about it afterwards and talk about how we change it going forward."

Roger Penske recently said that current downforce levels on short ovals are "ridiculous" and has suggested it should not cost a lot of money to make reductions. And Pappas himself told Motorsport.com last month that he wants drivers to have to lift the throttle for turns on short ovals.

Asked if the delay in reducing downforce had been caused by Verizon IndyCar Series manufacturers, Chevrolet and Honda, disagreeing which aero parts could be removed, Pappas said, "Basically, yes," but added that he sympathized with their point of view at this stage in the season.

He stated: "They come to us saying 'We did all the mapping for this kit back in January, and short of re-mapping the car, we couldn't give you a quantifiable decision regarding what part, or area of the car to remove aero pieces.' And I understand that.

"Then on top of that is the involvement of the tire. If you suddenly start changing the loading on the tires, are the tires we have the right ones for that application?" David Malsher/Motorsport.com

Roger Penske says it's time for IndyCar to follow NASCAR's lead and remove downforce in order to emphasize driver input, especially on ovals.

The team owner cited the 190mph lap speeds in testing at Phoenix and Juan Montoya's suspension breakage at Iowa last year as prime indicators that Indycar's downforce levels had reached a critical stage.

He said: "[Team Penske advisor and IndyCar legend] Rick Mears has been saying this for 10 years now – you've got to take downforce off. He's an advocate of that.

"For us to be going around Phoenix in 19 seconds pulling 6G is ridiculous. If something happens, there's no human being who could catch it. But if the car is slipping and sliding, the accidents aren't as violent, are they? The driver has taken most of the slide out of it by the time he makes contact.

"I think we have to do it with tires and by taking some downforce off. The driver's got to put the brakes on going into the corner. And we need tires that degrade.

"The racing product is pretty good already, but you've seen in NASCAR that the lower downforce has made the racing even better. We need to do the same thing in IndyCar so that we put the driver more in the car.

"I think that's the next step – and it doesn't cost a lot of money, so hopefully we'll look at some changes." David Malsher/Motorsport.com

Related Article on AR1.com – "A proposed fix for IndyCar" that shows exactly what the next generation IndyCar should be.