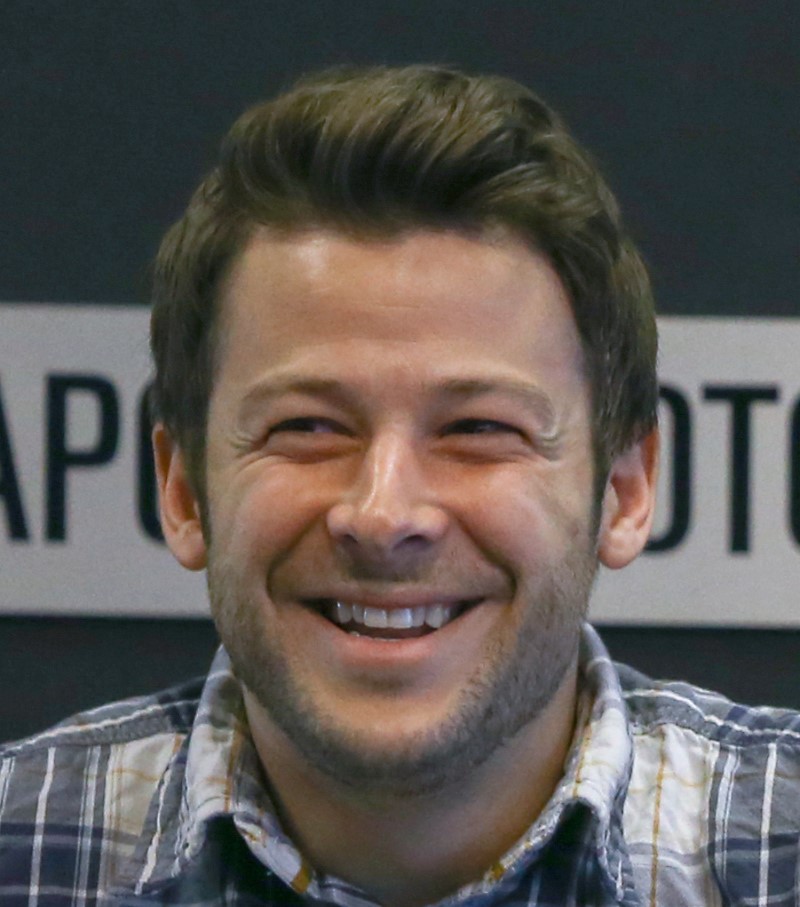 Marco Andretti, whose father, Michael, and grandfather, Mario, are among the best Indy-car drivers of all time with 94 victories between them, is in his 11th season in the Verizon IndyCar Series, the premier open-wheel racing series in the United States — and maybe the world. He hasn't yet come close to fulfilling the expectations people have had of him because of his lineage. The 2016 season started last weekend, and Marco Andretti is the subject of this week's Q&A.

Q: Did you ever think that, in your 11th year, you'd still be looking for your third victory?

A: After my first year (one win and a second-place finish in the 2006, I thought I would have had three wins after my second year. That (wins) is what we're missing. We have a bunch of podiums, but we're not leading the important lap … the last lap. This series is very competitive.

Q: So, where are you going at this point in your career?

A: I look at Dario Franchitti's career. He didn't start doing much until after [age] 30, and he became a legend in our sport [three Indy 500 wins, four IndyCar championships]. So, that's our goal. Looking back, all it does is frustrate you. As a driver, you feel you deserve more wins. I have led a lot of laps, but you can have X, Y or Z go wrong, An athlete's biggest challenge is having confidence going forward because you're only as good as your last time on track. Right now, we're not the team leader [at Andretti Autosport] only because we don't have victories; but behind closed doors, we're leading the train on setup and leading the train in a lot of different ways.

A: The Snapple Honda was strong and we were really making progress early on, but [running into Luca Filippi from behind] was my mistake. I wanted the win too bad and was impatient. I hurt what was a good car. Disappointed, for sure, but we'll look ahead to Phoenix.

Q: Which is more important to you, an Indianapolis 500 win or an IndyCar championship?

A: That's a tough one. Last year, Ryan [Hunter-Reay] was ahead of me in points but I had a better finishing average than him and a better qualifying average. None of that is noticed because we're not winning races. If you're a champion it means you probably won more than one race. Indy … I want to put my mark on the hundredth. That would be huge because Indy is also double points. That's two victories for the championship. I have to go with Indy.

Q: Where does Pocono Raceway fit in on the list of races you want to win?

A: It's top five, maybe top three. Long Beach is second, then Pocono. Then Toronto. Once I win Toronto, I only have to win it seven more times to beat my dad.

Q: Your grandfather has made Nazareth his permanent home; your dad moved away. Do you expect to be a life-long Nazareth resident?

A: As long as I can afford that compound, I want to keep it going. I definitely want to keep it there, really for the whole family. Home is always home for me. Sometimes I'll splurge and fly private just to get an extra few hours at home. Maybe [I'd have] just a little second place, a condo, on the West coast or Miami. That would be ideal.

Q: You are returning to Phoenix and Elkhart Lake and racing at Boston this year, but you are losing Milwaukee and Fontana. Is that a good tradeoff?

A: Boston is an unknown, but if you asked me which two tracks I'd like to bring back, Phoenix and Elkhart would be the two. I haven't raced at either one but I've run a ton of laps at both. It was a bummer to lose Milwaukee, and Fontana was a good race as well. I let one slip away on the last lap there last year.

Q: What's an ideal number of races in a season?

A: Somewhere between our schedule and NASCAR's. NASCAR is a bit too much, and ours is a little skimpy … Twenty-five? That's a good number. Paul Reinhard/Morning Call