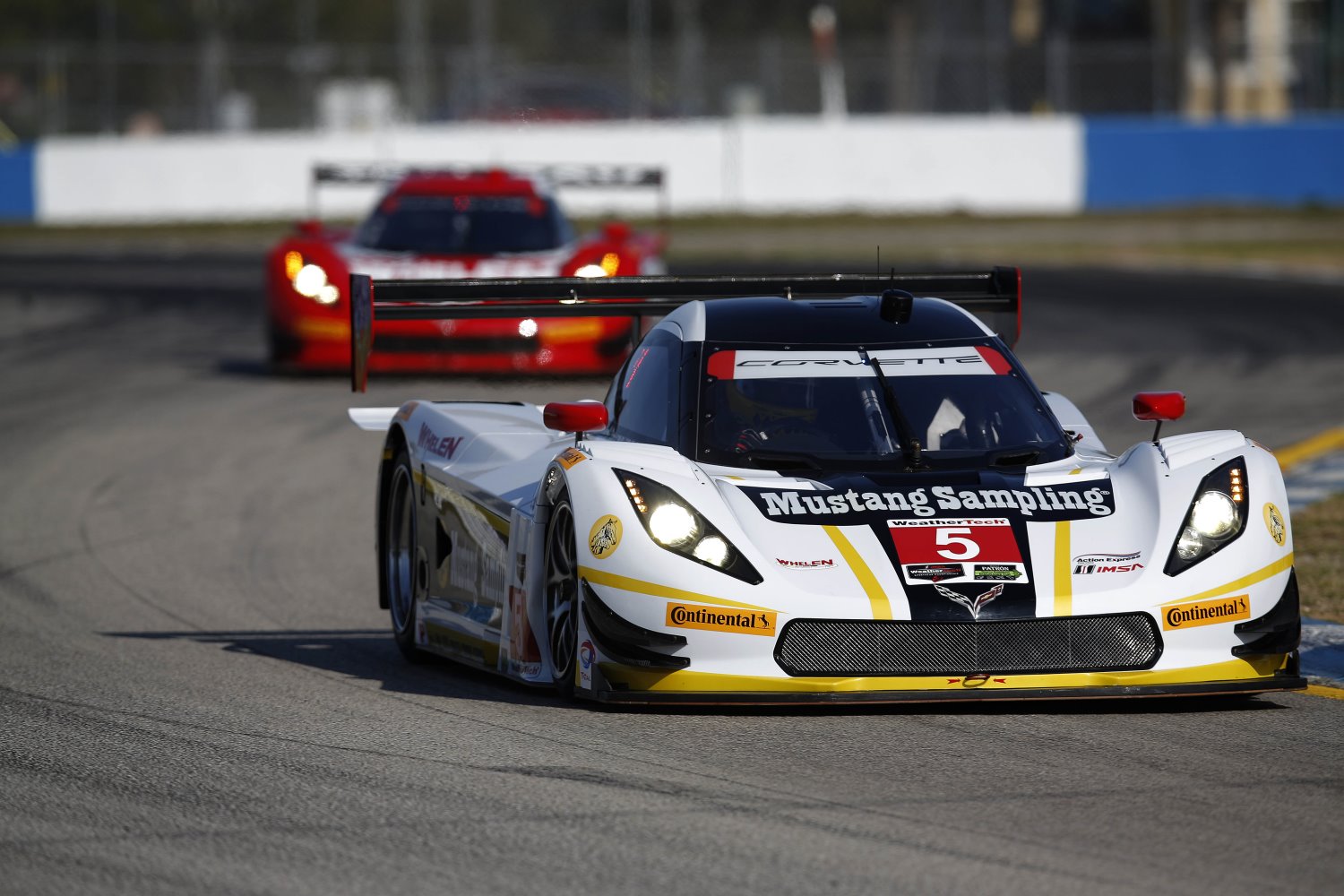 At the halfway mark in the 64th Mobil 1 Twelve Hours of Sebring Fueled by Fresh From Florida, teams have already been forced to use all the race strategy they can muster.

The IMSA WeatherTech SportsCar Championship race has been run under completely clear skies, in a deluge, and everything in between.

A weather front crossing from the west to the east hit the historic Sebring International Raceway around noon, with everything from a drizzle to a downpour accompanied by lightning and thunder, and causing IMSA to stop the race for two hours and 15 minutes for track conditions and lightning in the area.

The race resumed at 4:08 p.m., and in the next half-hour, Filipe Albuquerque took the lead the Prototype class and overall in the No. 5 Mustang Sampling Action Express Corvette DP, followed by the No. 31 team Action Express Corvette DP, driven by Scott Pruett. Third was Daniel Morad in the No. 24 BMW Riley from the upstart Alegra Motorsports team.

In Prototype Challenge, Colin Braun led the field at halfway in the CORE autosport No. 54 ORECA-Chevrolet. And in GT Daytona, Corey Lewis was out front in the Change Racing No. 16 Lamborghini Huracan GT3.

The new Ford GTs were having a mixed-result day – the No. 66 crashed, but was repaired and is back on track, and was 10th in the GTLM field. The No. 67 sister car is 18th overall and fifth in class, with IndyCar champ Scott Dixon driving.

The race is scheduled to end at 10:40 p.m. According to the radar, there could be rain in the area until about 8 p.m. so the need for strategy isn’t over.