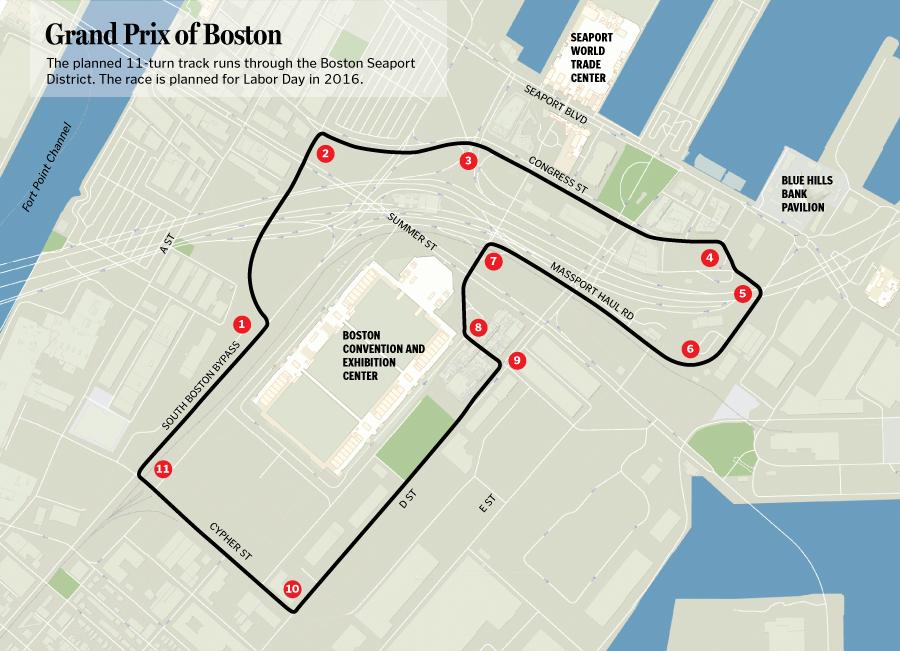 IndyCar Boston has sold 22,000 tickets since they went on sale to insiders on Friday and the public on Tuesday, a spokesman said — although residents say they remain wary about the traffic and construction the Labor Day weekend race will bring to Boston's Seaport District.

"That place is a contaminated hellhole," Flaherty said. "They are digging up trouble. This is very poorly planned, this whole organization, and now we are in the 11th hour."

Representatives for the Grand Prix of Boston told Flaherty the event organizers are presenting plans for the site to state environmental officials, who will determine what sort of construction can be done near the capped contaminated area.

Organizers also told residents they planned to take all the parking spots on the south side of Summer Street so they can move pedestrians walking from South Station off the precarious, slanted sidewalk.

That was news to Joe Rogers of the Fort Point Neighborhood Association. "There's a big communication vacuum here," he said.

Race organizers told residents the 22,000 tickets sold so far put the event at 23 percent of its overall goal — and they expect to host 50,000 people Friday and 60,000 people on Saturday and Sunday of the race weekend.

The three-day race tickets — which would be refunded if the race stalls — are being sold even as the city and state have yet to issue permits for the September event.

"It is our understanding that we will continue to keep talking, that we will try to get those license agreements signed for approval," said Ken Ryan, a IndyCar Boston community liaison.

Grand Prix of Boston is seeking permits and other agreements from the city of Boston, the MBTA, Massport, the convention center and the U.S. Postal Service, as well as the U.S. Environmental Protection Agency.

This week, race organizers learned they would need to find a new home to store the concrete barriers for the race after plans to keep them in a South Boston industrial park evaporated.

Race representatives said they are negotiating with a South Boston company to store the barriers. Boston Herald