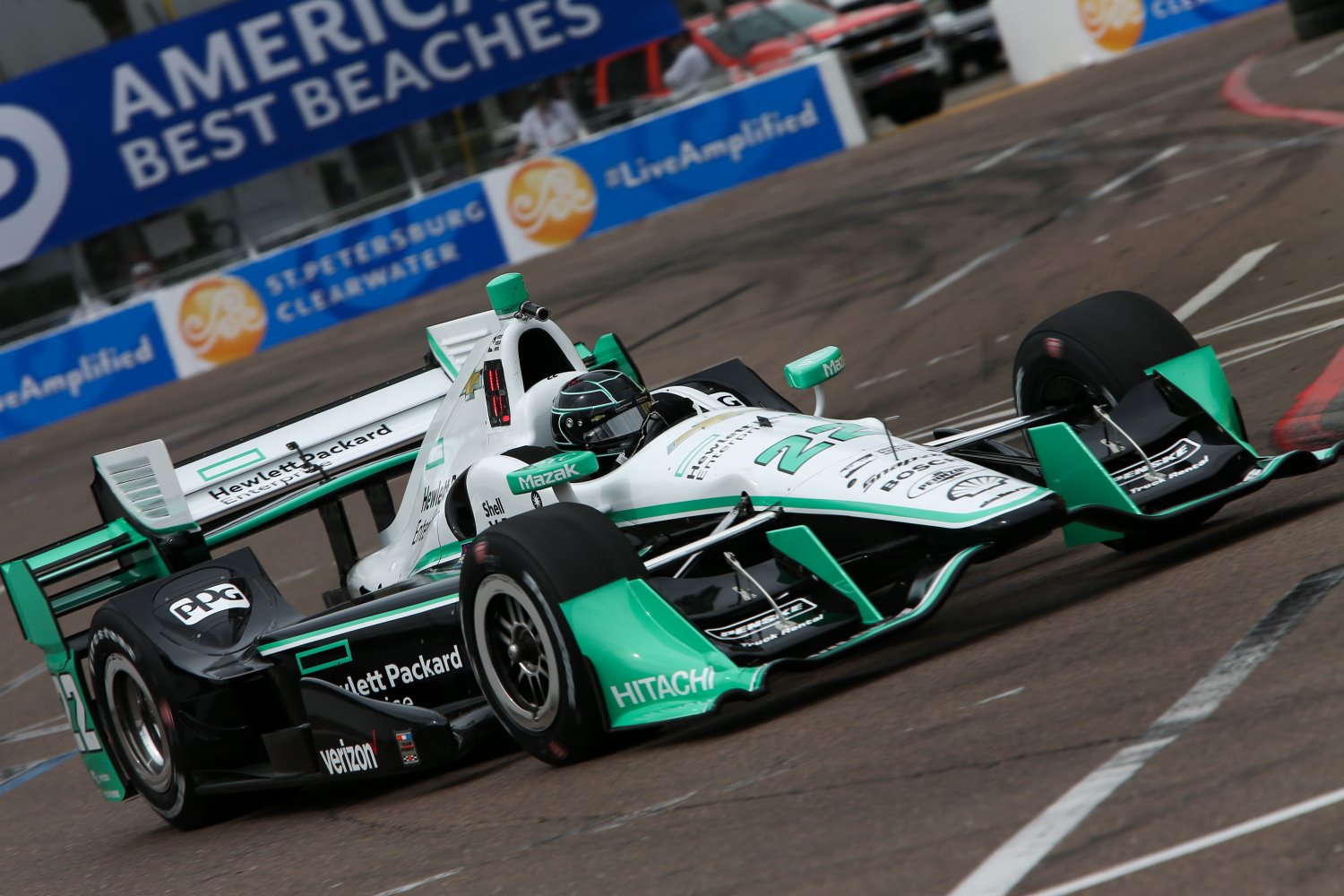 Simon Pagenaud has no hesitation in comparing IndyCar racing to Formula One.

“IndyCar is a pure racing series," said the 31-year-old Frenchman this week. “Formula One is not as exciting. You have the first two or three cars racing, and the rest, well, it’s just not as exciting."

Pagenaud is a spectacular driver and brutally honest competitor. He starts his second full season for Team Penske on Sunday in the opening round of the 2016 Verizon IndyCar Series in the Firestone Grand Prix of St. Petersburg in Florida.

A man with the talent, though perhaps not the financial backing, to have participated in F1, Pagenaud said he is challenged by IndyCar’s unique format of short ovals, road and street courses, and superspeedways.

“We run wheel-to-wheel on every kind of track," said Pagenaud, a four-time winner on the IndyCar circuit. “The diversity of racing is incredible. You can start last in an IndyCar race and still win. That won’t happen in F1."

Pagenaud and Penske teammates Helio Castroneves, Will Power and 2015 series runner-up Juan Pablo Montoya embark on a season at St. Pete that promises to be one of the best ever in major open-wheel racing in North America.

Not only does it shape up as a battle of hard-nosed veterans against a group of young chargers, but on May 29, the series celebrates the running of the 100th Indianapolis 500 at Indianapolis Motor Speedway.

A week later, the Chevrolet Dual in Detroit on Belle Isle will set the pace for the championship as drivers and teams compete in the only doubleheader race weekend on the IndyCar calendar at the Chevrolet Detroit Belle Isle Grand Prix.

Pagenaud, who will be at the wheel of the No. 22 Hewlett-Packard Enterprise Chevrolet/Dallara, believes 2016 will be a titanic struggle between Chevy and Honda teams, the second-year aero-kit package key to success.

“Chevy has done a tremendous job improving the aero package from 2015," said Pagenaud, the winner at Belle Isle in 2013, his first-ever series victory. “Our engine is strong, too. But I have no doubt Honda has moved forward with their package, too. They will be right there." More from Mike Brudenell/Detroit Free Press