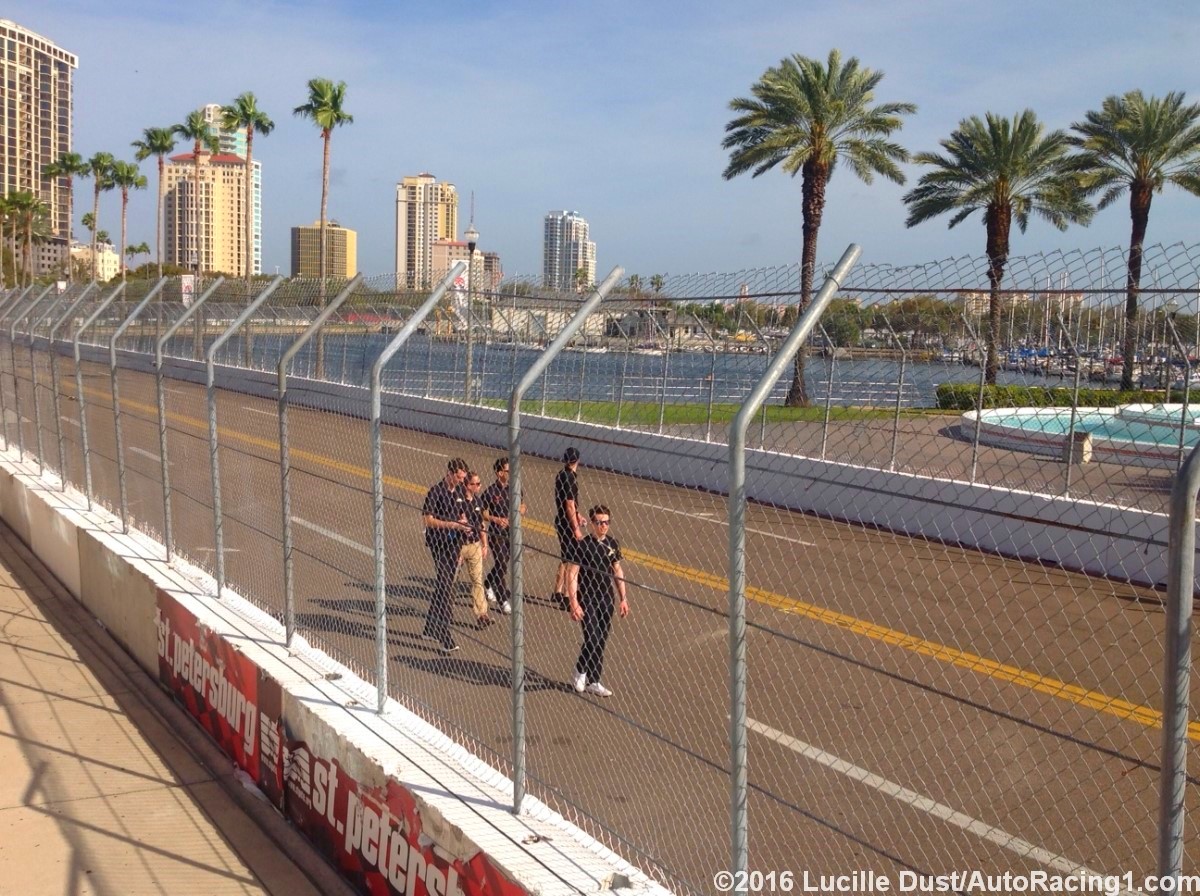 UPDATE I just got back from a VIP brunch held at the historic Vinoy Renaissance Hotel and Golf Club in St. Petersburg. Overlooking Tampa Bay, the 375-room hotel opened in 1925. During the early 1940s, the hotel was closed and the hotel was converted to a training facility for the Army Air Corp. It reopened in 1945 and operated until 1975.

The only luxury resort club on Florida's west cost, the Vinoy underwent a major restoration and expansion and reopened in 1992. A guest tower and recreational facilities, including an 18-hole golf course, were added to the salmon colored hotel.

Barbara Ready, the general manager of the Vinoy, announced at the brunch that the Vinoy is going to go through another major renovation starting this year. Covered parking, a new pool, an updated golf course, updated facilities. Ready also commented that it was nice to know the dates of the IndyCar races here in St. Pete for the next 3 years. Earlier, Lisa Boggs, director of Bridgestone Americas Racing announced their sponsorship for the Grand Prix for the next 3 years.

03/10/16 Good morning from sunny St Petersburg. Amidst a gentle warm breeze and a temperatures in the low 70s, last minute setups on the track and pit area are being finalized while the Verizon IndyCar Series teams are busy preparing for this weekend's season opening Firestone Grand Prix of St. Petersburg.

Currently, many of the IndyCar teams are setting up their pit boxes, as many of the drivers are on their track walk. Chip Ganassi Racing rookie Max Chilton was receiving pointers from four-time series champion Dario Franchitti as the two took a ride around the 1.8-mile 14-turn circuit this morning. Three-time St. Pete winner Helio Castroneves drove his Penske teammate and last year's winner Juan Montoya around for their first look at the track for this weekend. And shortly, many drivers will be heading off for a VIP brunch in downtown St. Pete.

We'll more later. Stay tuned to AutoRacing1 for reports throughout the weekend.