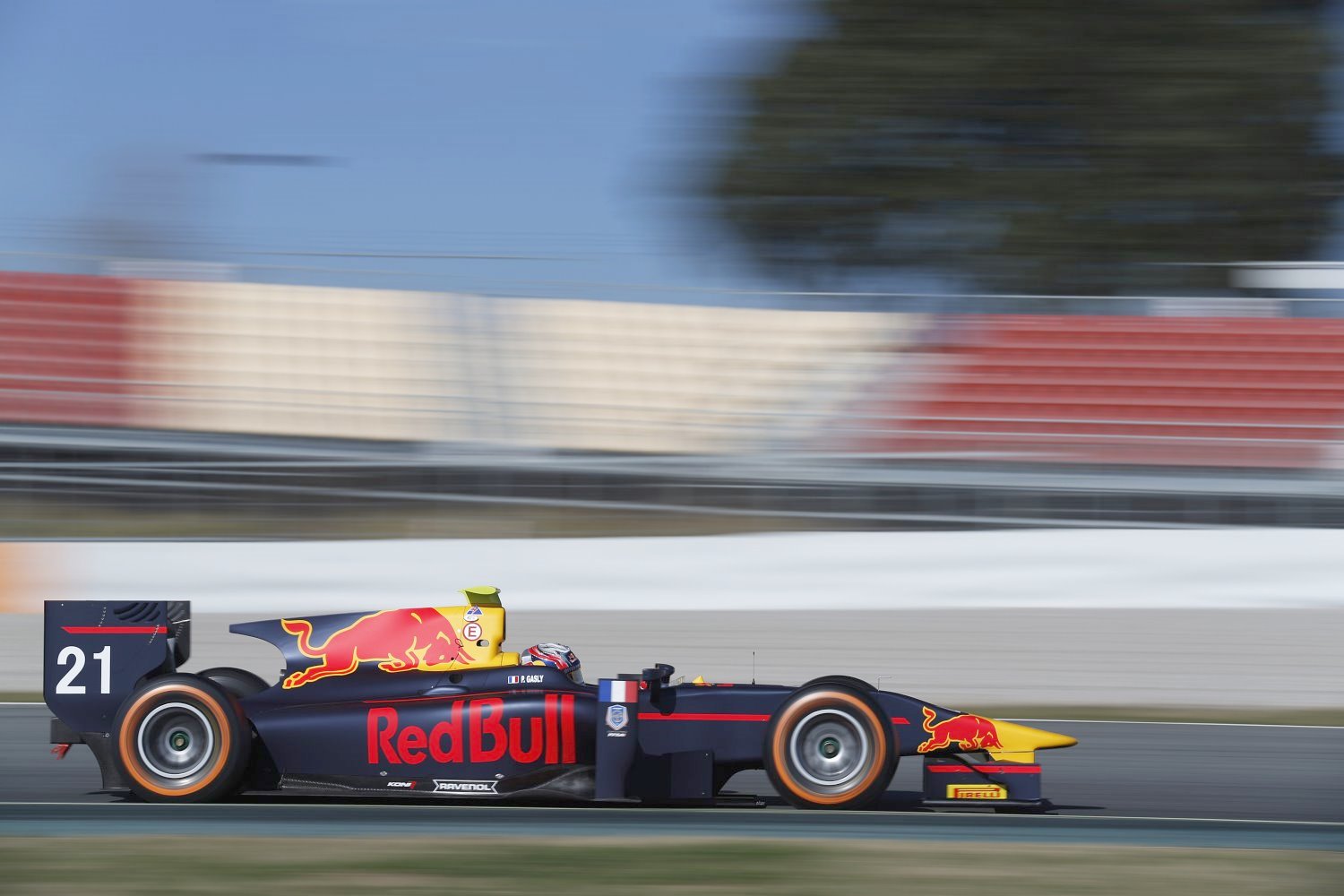 Cold temperatures and sunny conditions graced the paddock this morning on Day 2 of pre-season testing at Circuit de Catalunya. When the pitlane turned green, Pierre Gasly and Status Grand Prix’s Meindert van Buuren were the first to feed onto the track, quickly followed by the rest of the drivers.

The Frenchman set the early pace in a 1:30.823 on Hard Pirelli tires, but Jordan King bettered the Gasly’s laptime by four tenths to go top. Forty minutes into the session, there was a short red flag period caused by Antonio Giovinazzi who stopped on track at the end of the main straight.

At the restart, Raffaele Marciello was the first man to dip under 1m30s. However, Nobuharu Matsushita found some extra pace to clock in a laptime of 1:28.690 which was enough to take P1. With two hours left on the clock, the Japanese’s teammate Sergey Sirotkin took the top spot on Prime tires in a 1:27.971. He remained unchallenged until the end of a studious session.

At the checkered flag, the Russian finished ahead of Gasly who edged King out of P2 in the final hour. Norman Nato, Marciello, Mitch Evans, Rene Binder, Marvin Kirchhofer, Artem Markelov and Luca Ghiotto completed the top ten.

In the afternoon, it was Oliver Rowland who first went out on track and set the early pace in 1:29.922. Soon after, Giovinazzi lapped quickest in a 1:29.187 – 0.8s ahead of the Briton. One hour into the session, the proceedings were halted twice in a row; firstly with Artem Markelov, followed by Sean Gelael who both stopped in the gravel bed at Turn five. Once the session resumed, King put his head down to sit pretty at the top of the timesheet with a laptime of 1:28.779.

In the final hour, the soft Pirelli tires made an appearance on some cars. Gasly took full advantage of them and went P1 in a blazing laptime of 1:27.703 – +1.076s ahead of King. At the checkered flag, the pair of Gasly and King were followed by Arthur Pic, Giovinazzi, Daniel de Jong, Rowland, Binder, Jimmy Eriksson, Gustav Malja and Ghiotto to complete the top ten.

The final day of this pre-season test will start tomorrow at 09.00 local time.