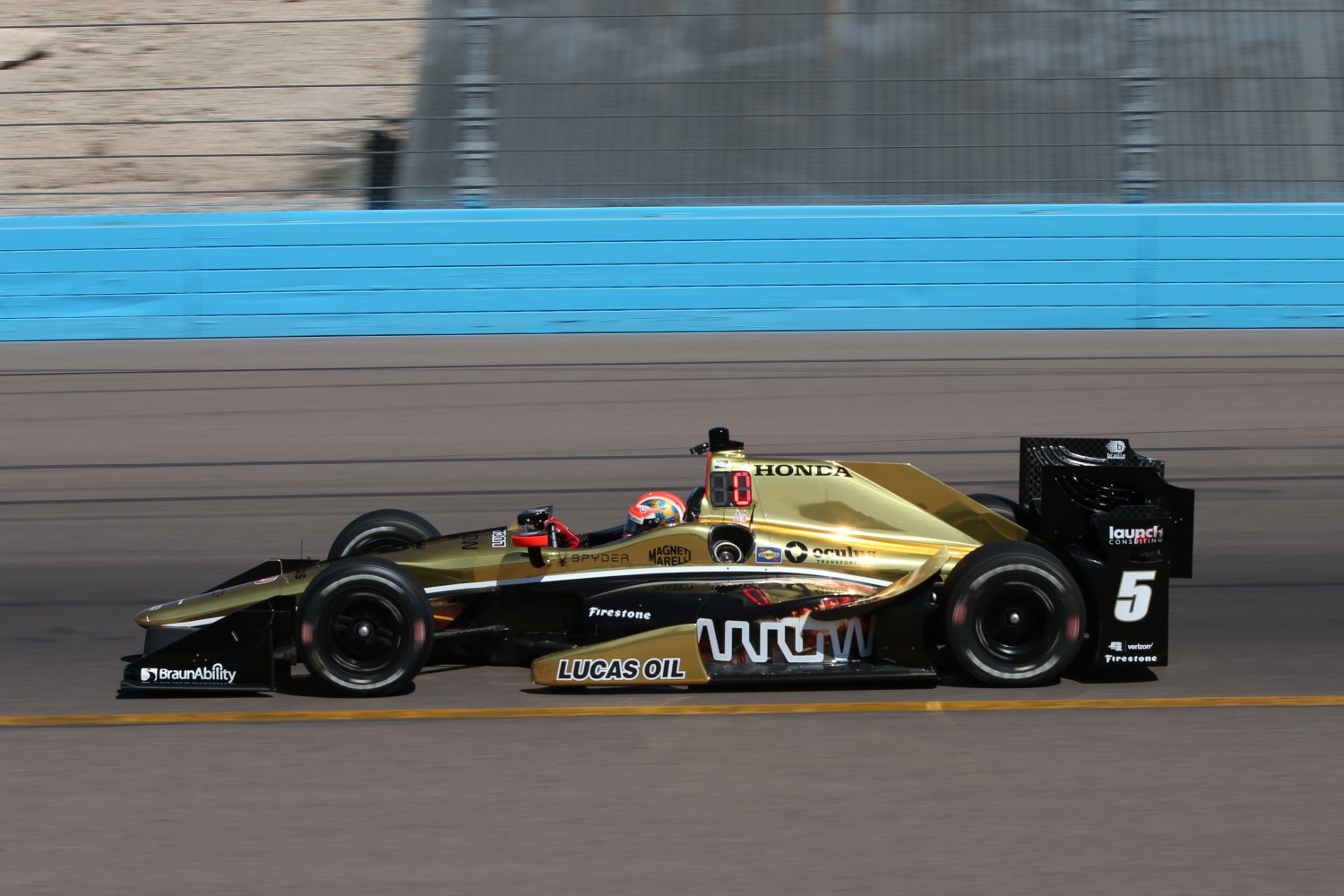 "Arrow Electronics is proud to sponsor Schmidt Peterson Motorsports and the No. 5 car"

The No. 5 car aligns to Arrow’s forward-looking mission to operate in the world of Five Years Out–the tangible future of new technologies, new materials, new ideas and new electronics that will make people’s lives better, smarter and more inspired.

"Arrow Electronics is proud to sponsor Schmidt Peterson Motorsports and the No. 5 car," said Michael J. Long, Arrow’s chairman, president and chief executive officer. "All of us at Arrow are rooting for Hinch and looking forward to an exciting season of great racing."

James Hinchcliffe won the inaugural Indy Grand Prix of New Orleans race in 2015. When he was side-lined with a season-ending injury while practicing for the Indianapolis 500, Long visited him in the hospital and Arrow employees all over the world sent him personal messages of encouragement.

"I can’t wait to get back behind the wheel of the No. 5 Arrow car and take a few checkered flags for SPM and my fans this season," said Hinchcliffe.

SPM team co-owner Sam Schmidt initially collaborated with Arrow on machine-to-machine technologies back in 2014. Schmidt, whose crash in 2000 during an Indy car practice lap left him a quadriplegic, rediscovered the joy of driving again through a modified 2014 Corvette Arrow built for him called the Semi-Autonomous Motorcar, or SAM car.

"Arrow’s forward-looking vision is perfectly aligned with SPM and IndyCar’s key focal points: speed, innovation and technology. We look forward to an exciting race season and a great partnership with Arrow for years to come," said Schmidt.

Arrow Electronics is a global provider of products, services and solutions to industrial and commercial users of electronic components and enterprise computing solutions. Arrow serves as a supply channel partner for more than 100,000 original equipment manufacturers, contract manufacturers and commercial customers through a global network of more than 460 locations serving over 85 countries.