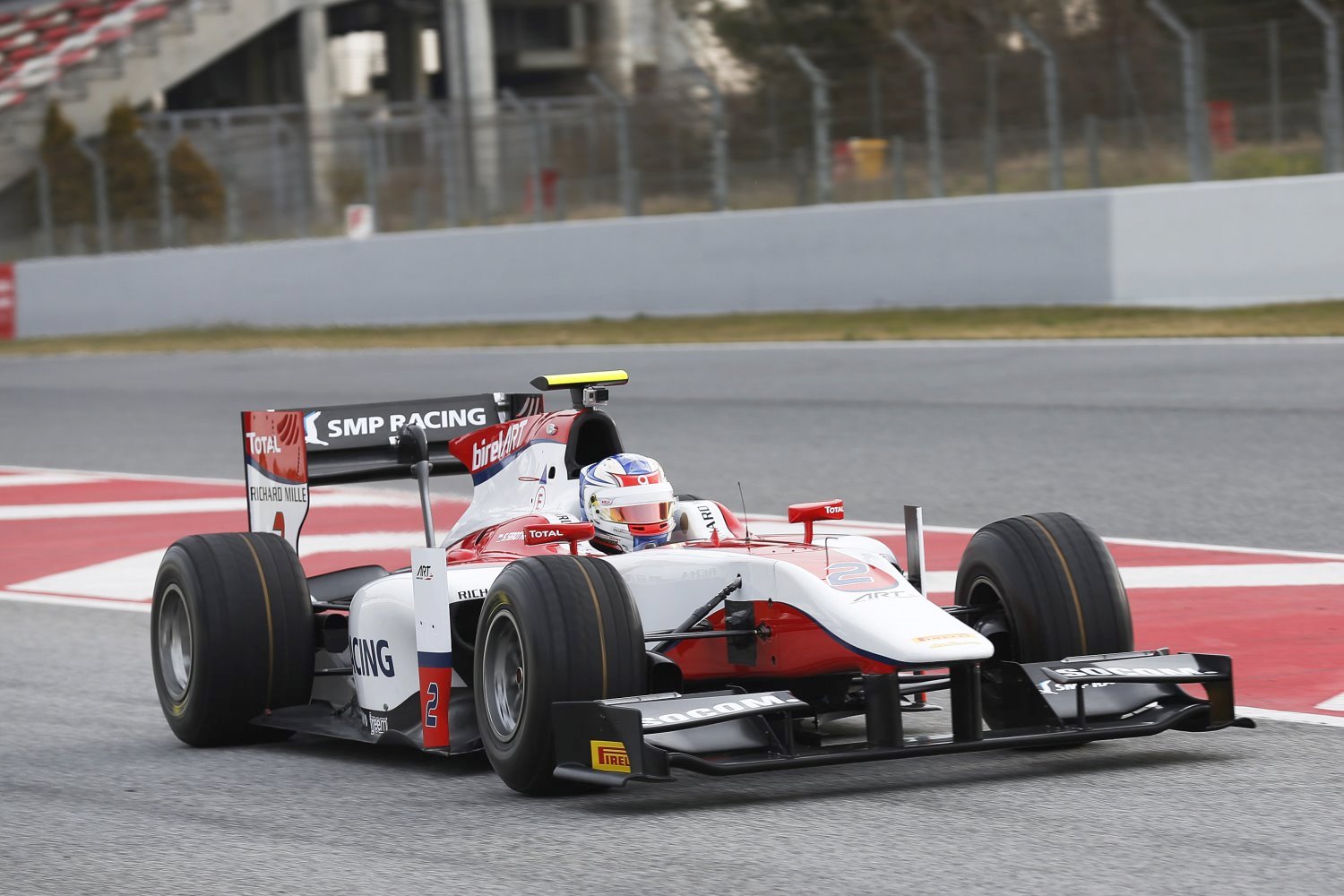 Russian driver Sergey Sirotkin made a good start to his 2016 season by setting the best laptime in today’s pre-season test. The ART ace lapped the Spanish track in a 1:29.141 during the morning session ahead of Pierre Gasly and Alex Lynn.

The 2016 GP2 Series season officially kicked off this morning with the opening of the first pre-season test session at Circuit de Catalunya. The paddock was greeted by grey skies and cold temperatures for the afternoon session. When the pitlane turned green, it was Philo Paz Armand who fed onto the track first but he was closely followed by the rest of the pack. Twenty minutes into the session all cars had completed at least one installation lap.

The first three hours of the morning session were studious. Carlin’s William Buller set the early pace with a lap time of 1:30.752 but his laptime was bettered by Sean Gelael who went quickest in a 1:30.464. There was a first red flag period halfway through the session after Nabil Jeffri hit the tyre barrier and stopped in the gravel bed at Turn five. The proceedings were briefly halted ten minutes later after MP Motorsports’ Oliver Rowland stopped on track at Turn two.

Jordan King was the first man to dip under 1m30s. However, Mitch Evans found some extra pace to sit pretty at the top of the timesheets. With thirty minutes left on the clock, Sergey Sirotkin went top in a 1:29.072 ahead of PREMA’s Pierre Gasly and DAMS’ Alex Lynn.

In the afternoon, it was Gustav Malja who got a first taste of the wet conditions but Luca Ghiotto topped the timesheets in the opening hour and was the first man to break the 1m49s barrier. Then Gasly went quickest in a 1:48.683 – 0.7s ahead of the Italian Trident driver. Midway through the session, there was a third red flag period courtesy of Malja who stopped in the gravel bed at Turn five. Once the session resumed, Gasly found some extra pace to lap the circuit in a 1:48.260. Evans also improved and clocked in a laptime of 1:47.649 to take the top honors.

In the final hour, Gasly retook P1 in a 1:45.559 and was 1.725s ahead of Matsushita. Thirty minutes before the end of the session, as the track slowly dried, slick tires eventually made an appearance on some cars, namely Raffaele Marciello who took full advantage of them and went quickest in a 1:41.863 to top the afternoon session.

Day Two of testing will open tomorrow at 09.00 local time.