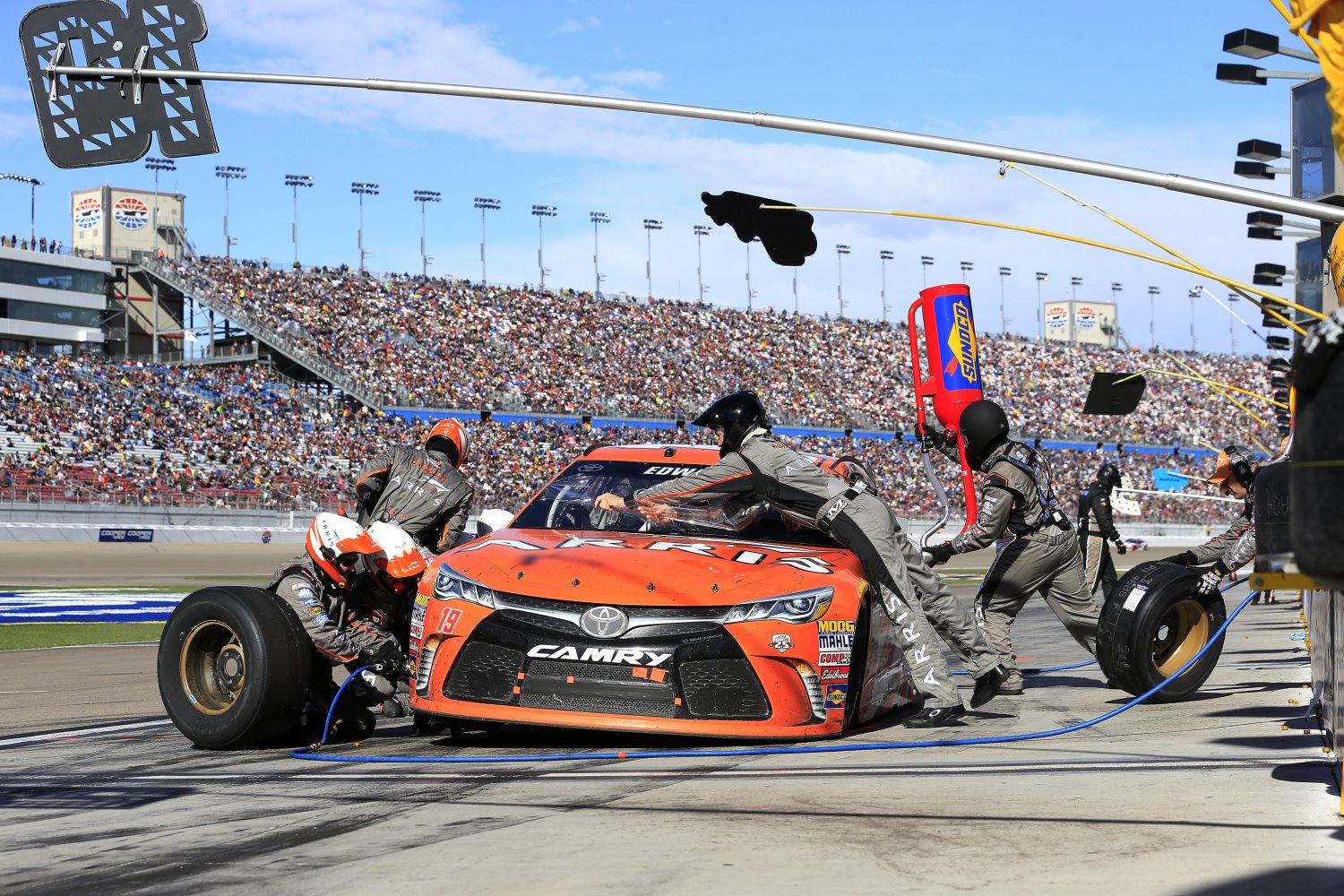 Just three races into the 2016 Sprint Cup Series season and there seems to be a trend developing: a growing number of pit road penalties. There were a total of 19 pit road penalties in Sunday's Kobalt 400 at Las Vegas Motor Speedway, starting with pole-sitter Kurt Busch being too fast on pit road on Lap 32 of the 267-lap event. The Stewart-Haas Racing driver was not alone in his faults, seven other drivers accumulated a race-total of eight speeding penalties on pit road. Race winner Brad Keselowski, Austin Dillon, Greg Biffle, Ricky Stenhouse Jr., Kyle Larson, Regan Smith and AJ Allmendinger all received speeding penalties.

Pit road drama also was prevalent the week before at Atlanta Motor Speedway, as Matt Kenseth received a black flag in the race. During a pit stop on Lap 117, the gas man for the #20 Joe Gibbs Racing pit crew placed a tool on the rear of Kenseth's Toyota, which is illegal and resulted in a penalty for improper fueling. Kenseth was unaware of his penalty and stayed out after receiving the black flag with a white cross from NASCAR officials, signaling the 2003 Sprint Cup Series champion was no longer being scored as completing a lap. He served his penalty and ended up two laps down.

While much of the fault can be placed on drivers for pit road penalties, the teams' crew members have played a huge role in the infractions. Besides this year's Daytona 500 having the closest finish in NASCAR history, the "Great American Race" also produced the most modern-day pit road infractions (12) caused by pit crews. This is the second year of NASCAR's Pit Road Officiating system, a camera-operated technology that captures pit stop footage during a race, and as NASCAR officials have learned more about the system since last season, pit crews are wising up any little way they can. NASCAR's managing director of technology field and media operations, George Grippo, previously explained in January that crew members are now wearing shoes that match the color of pit road. The similar color could jumble up officials determining whether a team member has come over the wall too soon. NASCAR.com