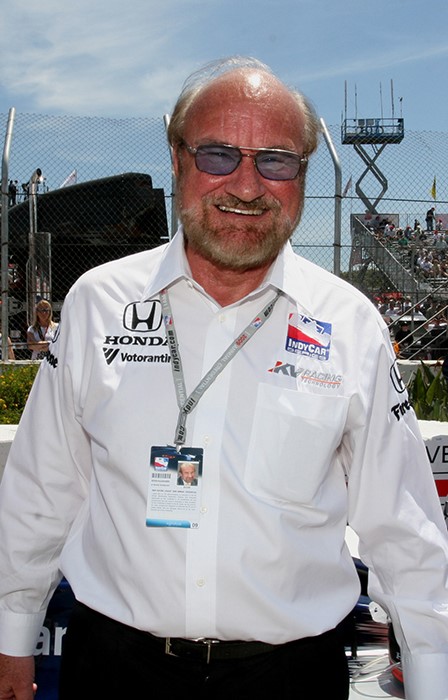 INDIANAPOLIS, IN – KVSH Racing announced today that Mouser Electronics and Molex, LLC will partner with the team for the 2016 Verizon IndyCar Series season.

“We are excited to welcome back both Mouser Electronics and Molex to help us chase the 2016 Verizon IndyCar championship," said KVSH Co-Owner James “Sulli" Sullivan. “Mouser and Molex fuel us with the resources we need to “Stay Connected" to the cutting-edge components world and enable us to stay at the sharp end of the grid within the IndyCar series."

With its broad product line and unsurpassed customer service, Mouser caters to design engineers and buyers by delivering What’s Next in advanced technologies. Mouser offers customers 21 global support locations and stocks the world’s widest selection of the latest semiconductors and electronic components for the newest design projects.

Molex is a global company with a presence in more than 40 countries. It delivers complete interconnect solutions for many industries, and automotive is one of its key markets.

"Mouser utilizes its partnership with KVSH Racing as an inventive way to communicate our performance-driven business model and promote the latest product innovations through the high-tech world of IndyCar racing," said Todd McAtee, Mouser Electronics’ Vice President, Americas, Business Development. "This year’s season promises to be even better than last year, "The outstanding partnership between Mouser Electronics, KVSH Racing and Molex is a testament to the group’s commitment to speed, performance and excellence, both on and off the racetrack."

"As one of the world’s leading providers of integrated electronic solutions, this sponsorship gives Molex the opportunity to further illustrate its commitment to developing products that help advance the automotive industry," said Fred Bell, Vice President, Global Distribution, Molex. "We have a long history of designing small-footprint, high-performance interconnects that excel in challenging automotive applications. We look forward to being a key part of this important partnership."

KVSH Racing driver Sebastien Bourdais will be contesting in his 11th IndyCar season and his third with the team. He won two races in 2015 (Detroit Race 2 and Milwaukee), finishing 10th for the second consecutive season. In 2014, his first season with KVSH, Bourdais won Toronto Race 1 from the pole, and took the pole at Mid-Ohio. He is the only driver to win four consecutive IndyCar championships (2004 to 2007), tying him for second in all-time championships with Mario Andretti and Dario Franchitti.

"I am excited to have the support of Mouser Electronics and Molex," Bourdais said. "Both companies have been with KVSH Racing before and enjoyed a lot of success. For them to return is a vote of confidence in what we are doing here. I look forward to bringing them the kind of success they deserve."

The 16-race 2016 Verizon IndyCar Series season opens March 11-13 on the St. Petersburg temporary street circuit. The race will be broadcast live on ABC beginning at 12:30 p.m. ET. The race will also be broadcast on XM 209, IMS IndyCar Radio affiliates, plus IndyCar.com and the Verizon INDYCAR 15 app.