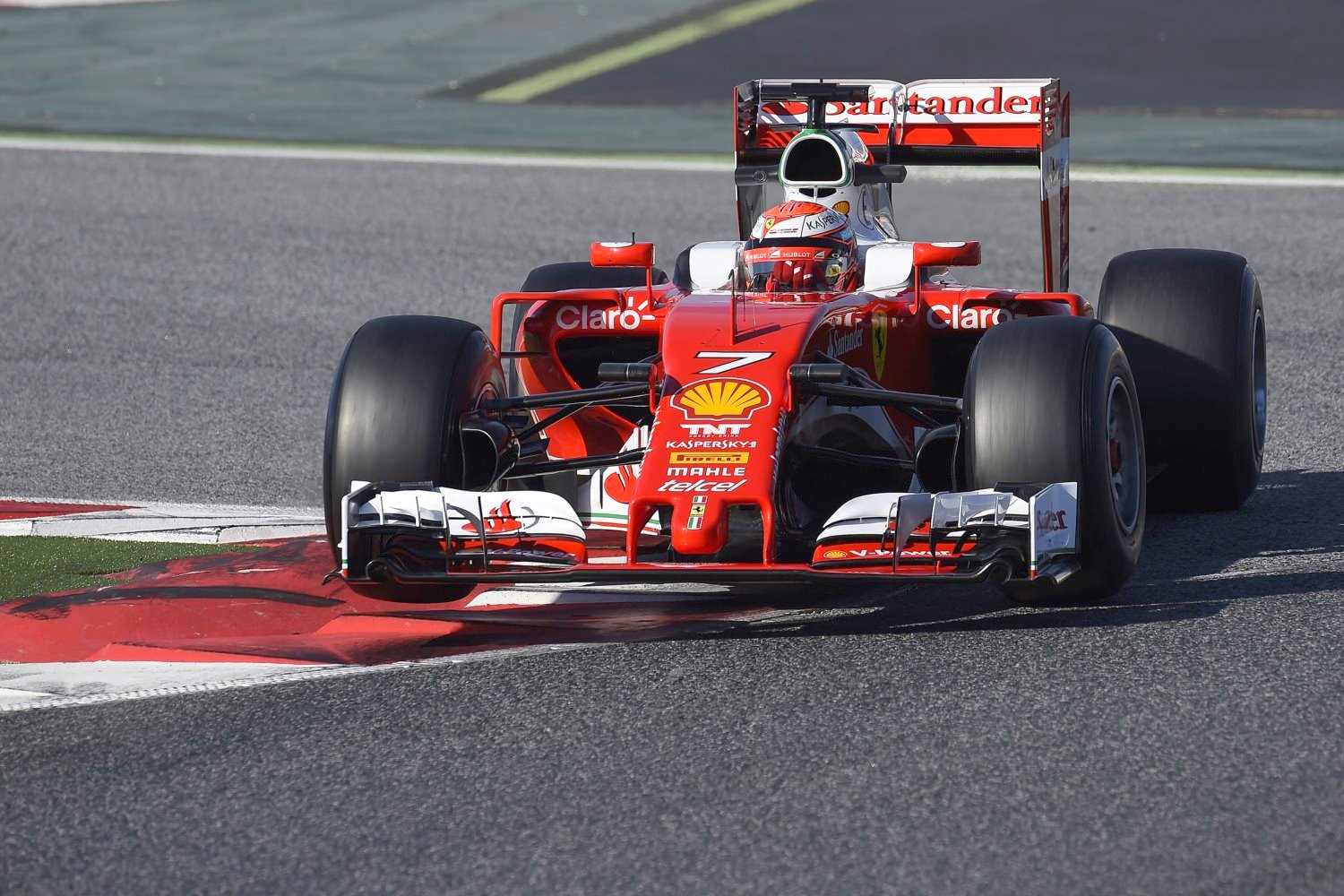 Kimi Raikkonen with ultra-soft tires mounted on his Ferrari turned the fastest lap of 1m22.765s in the next-to-last day of 2016 preseason F1 testing in Barcelona. It was the fastest lap so far in preseason testing while Mercedes continues to sandbag.

Raikkonen's fastest lap was fractionally faster than teammate Sebastian Vettel's overall best from last week – late in the morning on Pirelli's new purple-marked ultrasoft tyre and it held up to keep him four-tenths clear of Williams’ Felipe Massa’s best, set on softs.

Force India's Nico Hulkenberg and Toro Rosso's Max Verstappen also tried the ultrasoft and ended the day third and fourth respectively, the duo separated by just over a tenth of a second.

Nico Rosberg was next up for Mercedes, with the world champions once again focusing on longer runs on the medium tyre. Rosberg completed 80 laps in the morning before handing over to Lewis Hamilton who added a further 63 to the tally en route to 11th in the times.

Sauber's Felipe Nasr finished his final day in the new C35-Ferrari in sixth, fractions ahead of McLaren's Fernando Alonso, with both among the seven drivers to accumulate over 100 laps of running.

Pascal Wehrlein and Daniil Kvyat were eighth and ninth for Manor and Red Bull respectively, the former having the least productive day in terms of mileage with just 48 laps completed.

Jolyon Palmer was tenth for Renault, while former team mate Romain Grosjean completed the timesheets for Haas, the Frenchman having off-track excursions in both morning and afternoon and then ending the day stopped on track and prompting the red flags.