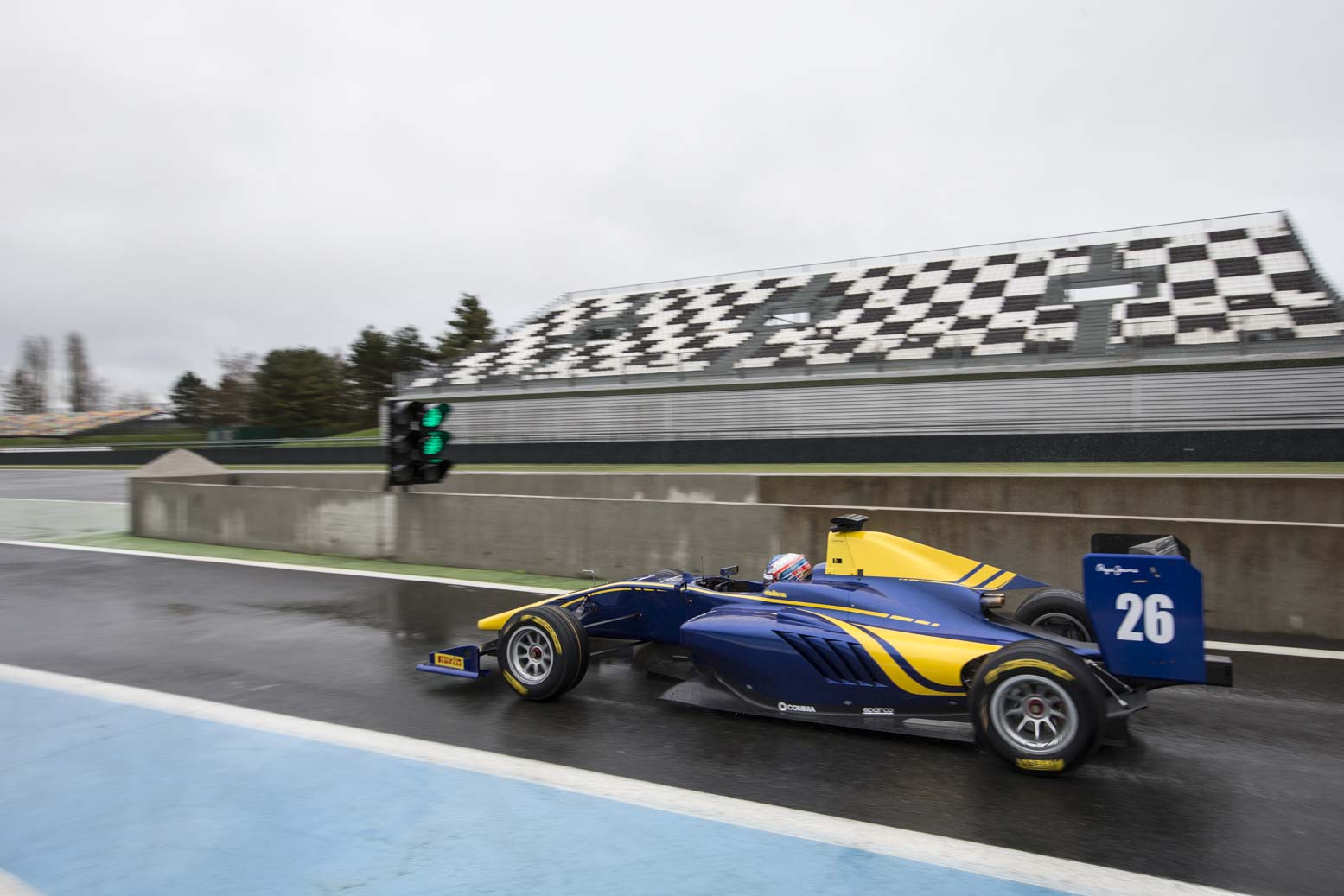 History was made today when the GP3 teams got their first experience of the brand new GP3/16 car at a non-official test in Magny-Cours circuit in France. Only one car per team will be used during the two-day shakedown in which the main focus is the reliability, with the teams learning how to operate the vastly different car, rather than chase lap-times. Newcomers to the Series, DAMS, also made their first appearance in the category at the shakedown.

The French squad were eager to show their fighting spirit by being first onto a wet track with British rookie Jake Hughes behind the wheel. Next out was former F1 driver Giedo van der Garde who was assisting Campos Racing with their program for the morning session.

After one hour all of the teams had completed an installation lap with the exception of Jenzer Motorsport who were busy working on the set-up of their car. After two hours and thirty minutes, all squads had set a representative laptime in a trouble-free morning. ART Grand Prix and McLaren junior Nyck de Vries ended the morning at the top of the timing sheet.

Track conditions were far from ideal but following the morning session a total of 136 laps had been completed without any issues.

The afternoon session commenced in high winds but as the track dried up later on, all of the teams opted to run for the slick Pirelli tire with the exception of ART Grand Prix. The track was busy as the clock ticked down and it was Trident’s Sandy Stuvik who headed the timings at the end of the session. A total of 323 laps were completed overall on day one.

The second day of the shakedown will open tomorrow at 9am and will run until 4pm (local time) with a one hour lunch break.

GP3 Series Technical Director Didier Perrin commented: “The purpose of the shakedown is for the teams to learn how to operate this completely new car which includes a brand new Mecachrome bespoke engine and updated electronics. The teams have a lot to discover.

“By organizing a shakedown with only one car per squad, it is the best way to transfer knowledge from the Series’ development team to the GP3 teams. This will save them a lot of time during the early stages of operating the new car. “

“We’re very happy with how today went. It was a trouble-free day for the most part and we completed even more laps than we expected. The only slight issue we had was the weather. Hopefully we will have better track conditions tomorrow and another positive day of running."