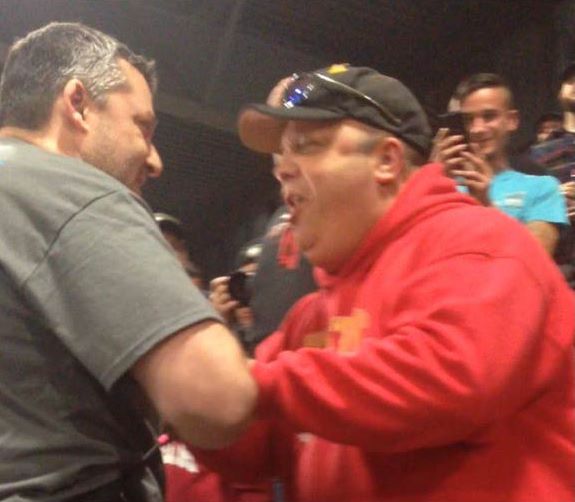 "The investigation into that incident has been concluded and handled according to policy," Dep. Justin Green, public information officer for the Tulsa County's Sheriff's Office, emailed NBC Sports.

"There are no results that I can release at this time." Stewart walked into the stands Jan. 15 to confront Hess, who had been heckling Stewart, according to witnesses.

In one video, Hess appears to tell Stewart "I don't like you" after Stewart walked up to him. They grabbed each others hands. As a security officer attempted to separate them, Hess appeared to push Stewart and fell down in the process. NBC Sports