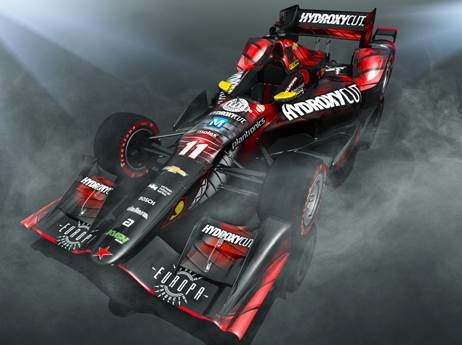 KVSH Racing announced today that Hydroxycut will be the co-primary sponsor of the No. 11 Team HYDROXYCUT – KVSH Racing Chevrolet/Dallara/Firestone entry

“Having Hydroxycut, a world class brand that’s been chosen by millions, back on board with us is a huge piece of the puzzle," said KVSH Racing co-owner James “Sulli" Sullivan. “I believe we are positioned for a banner year with the Hydroxycut Machine."

“I am extremely pleased to confirm that Sebastien Bourdais will return to drive for KVSH Racing in 2016," said co-owner Kevin Kalkhoven. “Sebastien is a proven champion and has shown over the last two years that he capable of competing and beating the best in the IndyCar series. We look forward to continuing to progress as a team and working to produce more championships."

Co-owner Jimmy Vasser said, “I am very pleased and proud to say that we have Sebastien Bourdais back the KVSH Racing car. I have raced against him and worked as his strategist the last two years. I can say without a doubt that he is an exceptional driver and a true champion. We look forward to winning a lot more races and challenging the championship in 2016."

Bourdais will be contesting his 11th IndyCar season and third with KVSH Racing. He is the only driver to win four consecutive IndyCar championships (2004 -2007 in Champ Car) tying him for second in all-time championships with Mario Andretti and Dario Franchitti. The 37-year-old from Le Mans, France, has made 147 career IndyCar starts earning 34 wins and 33 poles tying him for seventh all-time in both categories. Bourdais is coming off his best season since returning to IndyCar competition in 2011 following a two-year stint in Formula One (2008-2009) and a season running sports cars. He won two races in 2015 (Detroit Race 2 and Milwaukee) finishing 10th for the second consecutive season. In 2014, his first season with KVSH, he won Toronto Race 1 from the pole, his first IndyCar victory and pole since 2007, and took the pole at Mid-Ohio.

“I want to thank Kevin Kalkhoven, Jimmy Vasser and Sulli for the opportunity to continue competing for KVSH Racing," said Bourdais. “I also want to thank Hydroxycut for their continued support. In the last two years we’ve captured poles, won races, and the HYDROXYCUT machine has certainly become a fan favorite. We just need to keep working hard if we are going to compete consistently at the highest level and contend for a championship."