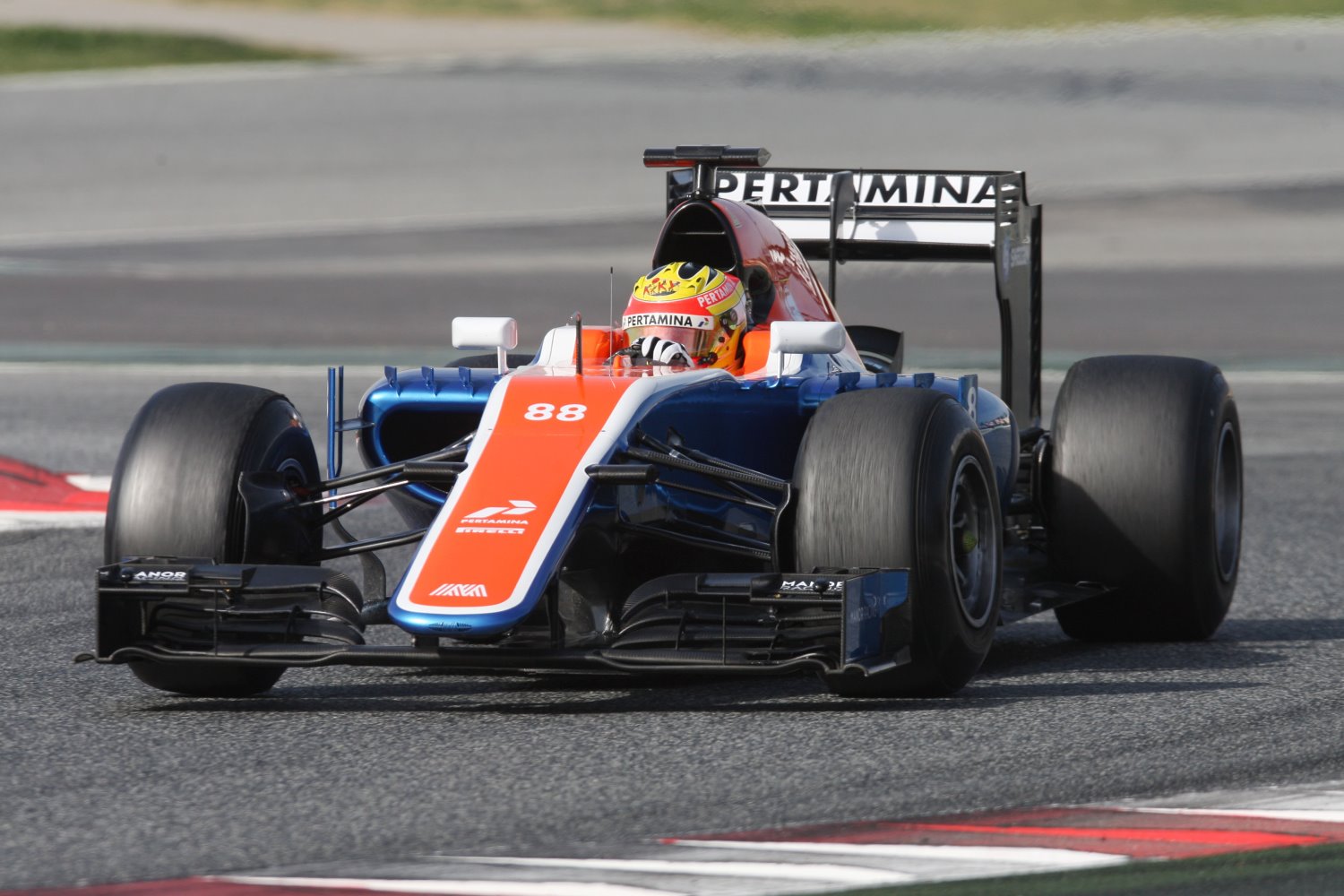 If he keeps crashing his big check will be gone and the team will spend it all on fixing his race cars.

Manor’s new Indonesian driver Rio Haryanto has crashed his Manor MRT05 during the afternoon session of testing in Barcelona.

The GP2 graduate is taking part in his first Formula 1 event as a full time driver, and has brought out the red flags on both days. Driving the car on Wednesday, he spun off at Turn 5 and beached his car in the gravel.

Admitting to a driving error on Wednesday evening, and also to feeling pressure to perform due to weighty expectation from his home country, Haryanto had a steady day throughout most of the final day on Thursday. He had put in 51 laps, with a best time of 1:28.266 putting him P10, 4.7 seconds away from the top time of Kimi Raikkonen, when he brought out the red flags again.

He appeared to lose the rear of his car under braking for the same Turn 5 that had caught him out on Wednesday, and ended up sliding off backwards into the tire wall. Haryanto was uninjured and jumped out of the car to examine the wrecked Manor before the car was recovered back to the pits.