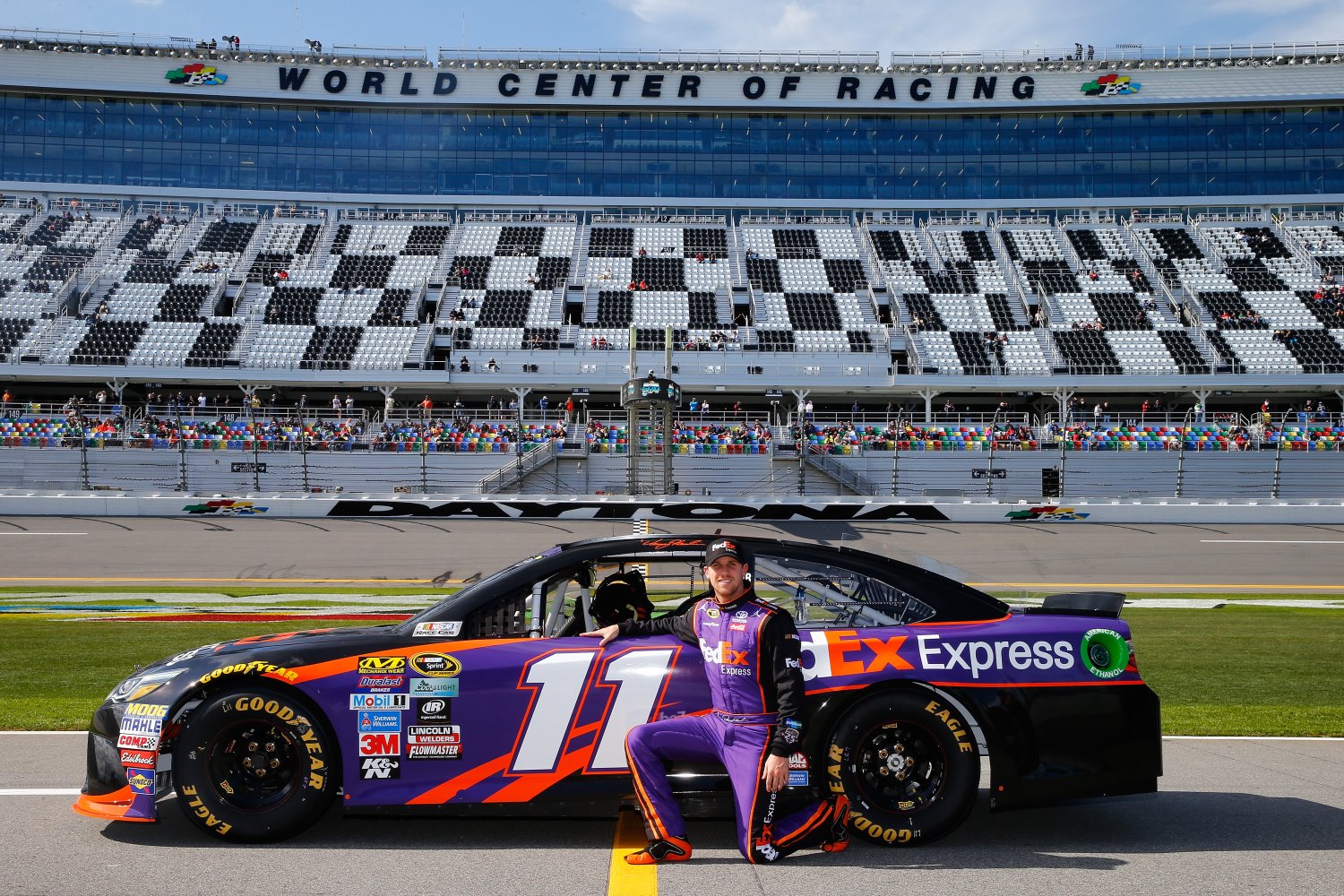 Newly crowned DAYTONA 500 champion Denny Hamlin kicked-off his four-day media tour Monday morning with the annual Champion's Breakfast in the Bill France Room at Daytona International Speedway. Hamlin was presented with the traditional champion's jacket and a steel-and-gold Rolex Cosmograph Daytona watch – which he will need to stay on schedule for the media frenzy ahead of him. In addition, his #11 FedEx Express Toyota was brought to its new home for the next year, inside the speedway's Ticket and Tours Building where it will be viewed by fans.

"It has been a long day, I haven't been to bed yet," said Hamlin, who took some advice from past winners after his dramatic Sunday victory when he edged Martin Truex Jr. by 0.010 seconds. "The greatest advice that I've gotten is the schedule's [tough] but live in the moment because you never know. Plus, 'this will live with you forever, so enjoy the week.'"

Hamlin's win not only marked the first DAYTONA 500 championship for him and Toyota, but it also ended Joe Gibbs Racing's 23-year drought in the "Great American Race.". Gibbs was awarded his own Harley J. Earl trophy to bring home with him this time. Crew chief Mike Wheeler received the Cannonball Baker Trophy given to the champion crew chief, in his first year with Hamlin.

"I think about all the storylines: a first for Denny, a first for Toyota," Gibbs said. "It's a big deal for us. How many times do you lay out a plan, then have the thing actually play out?" During the Champion's Breakfast, DIS President Joie Chitwood III also unveiled the 2017 logo for the 59th running of the DAYTONA 500.

Hamlin will continue to enjoy the spoils of victory in NASCAR's biggest race on Tuesday with appearances on FOX & Friends, Live! With Kelly and Michael and a host of SiriusXM shows. And that's just his morning schedule. On Tuesday afternoon, Hamlin will fly to Bristol, Conn., to take part in an ESPN 'Car Wash' that will include two live SportsCenter appearances, among a number of other hits across ESPN's bevy of platforms.

On Wednesday, Hamlin will take a breather, returning home to Charlotte, N.C., before flying to Atlanta for an interview on CNN Headline News and a visit to the Georgia State Capitol on Thursday morning.