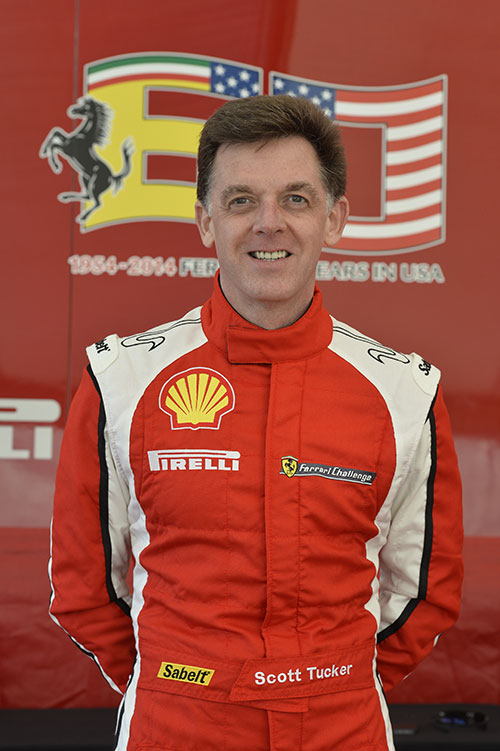 Scott Tucker, who had ran Level 5 Motorsports, has been arrested by the FBI on Wednesday in Kansas, according to Reuters.

Tucker and one of his lawyers, Timothy Muir, were arrested in Kansas City. An FBI spokeswoman confirmed the arrests to Reuters.

Tucker was under investigation by federal prosecutors in New York City for engaging in a massive scheme to deceive payday lending customers.

Per Reuters, lawyers for Tucker and Muir did not respond to a quest for comment.

The Federal Trade Commission had reportedly sought $1.32 billion from Tucker and the estate of his deceased brother Blaine, dating back to 2012.

Per the FTC, Tucker was due to receive more than $400 million for various luxury vehicles and expenses, and some $67.8 million was transferred to the Level 5 race team.

AMG Services, an entity controlled by Tucker, had been subpoenaed in May 2014 for its reported payday lending practices. A criminal investigation was underway then, as Reuters reported at the time.

Level 5 Motorsports competed in the American Le Mans Series from 2010 to 2013, and made its lone start in the merged IMSA championship, then called the TUDOR United SportsCar Championship, in the 2014 Rolex 24 at Daytona.

Tucker was part of the winning lineup there in the GT Daytona class, co-driving with four others in a Ferrari 458 Italia GT3. The team withdrew from IMSA following that race; Tucker’s brother Blaine was then found dead of an apparent suicide in March, 2014.

01/24/16 A groundbreaking federal settlement with an Overland Park-based online payday lending company will bring some badly needed relief to consumers who were deceived by businessman Scott Tucker and AMG Services Inc.

Fortunately, the agreement with the Federal Trade Commission is only the latest step in a government crackdown on online lenders who gained vast personal fortunes through outrageous schemes to drain the banking accounts of mostly low-income people. In part because of Tucker’s ostentatious success, the Kansas City area became an early hub for the predatory industry.

In the largest ever FTC settlement with a payday lender, announced last week, two of Tucker’s companies, AMG Services and MNE Services of Miami, Okla., agreed to pay $21 million as refunds to customers and to forgive $285 million in outstanding fines and loans.

The $21 million is disproportionately small for the money Tucker is believed to have made from his disreputable businesses. But he remains a defendant in more FTC litigation, as do other of his entities, including Level 5 Motorsports, Tucker’s world-class auto racing team. The FTC alleges he transferred more than $40 million from his payday loan companies to his racing operation.

Level 5 last year put a collection of sports cars and other equipment up for sale, soon after a federal grand jury in New York subpoenaed AMG as part of a separate criminal investigation said to involve possible wire fraud, racketeering and money laundering.

Tucker deserves no sympathy. The FTC alleges his companies made him a fortune by dinging customers for fees and interest rates they weren’t told about up front. A $300 loan could end up costing close to $1,000. When state regulators tried to stop Tucker, he arranged to become an “employee" of sovereign Indian tribes. He used profits from his businesses to finance his race car fleet, a private Learjet and an $8 million vacation home in Colorado.

Tucker’s get-rich-quick story attracted a host of local imitators, some of whom are now fighting legal actions brought by federal agencies.

These people found willing help within the region’s upper business and civic echelons. Missouri Bank & Trust, based in Kansas City, is one of several banks nationwide to have been sued for allegedly helping online payday lenders break laws by processing their transactions. The bank says the claims are without merit but has ceased working with the controversial businesses.

Even some local schools and churches turned a blind eye as newly super-rich parishioners financed capital projects with donations gained from usurious businesses.

The struggles of Tucker and other area payday lenders should be considered a warning against embracing blatantly unethical practices. As Tucker is learning along with his customers, quick cash can come at a great cost. KansasCity.com Editorial

01/23/16 A federal judge who already ruled that former race-car driver Scott Tucker violated U.S. lending laws must now decide whether to order him to pay $1.3 billion for operating an illegal payday-lending business.

The Federal Trade Commission this week asked U.S. District Judge Gloria M. Navarro of Nevada to award the large sum in damages, which it said was how much borrowers were overcharged for the company’s payday loans from 2008 to 2012.

Until court documents were recently unsealed, the size of Tucker’s enterprise was unknown. The Center for Public Integrity and CBS News exposed Tucker’s online business in a 2011 joint investigation. Tucker at that point was best known as a millionaire professional race-car driver in the American Le Mans series.

The investigation revealed that Tucker set up a series of shell corporations to hide his involvement in the payday lending company, AMG Services of Overland Park, Kansas. Once state law enforcement agencies tried to shut down those shell companies for violating payday lending laws, Tucker turned over ownership of the business to the Miami and Modoc tribes of Oklahoma and the Santee Sioux tribe of Nebraska. However, the deal allowed the tribes to keep only 1 percent of revenues.

In April 2012, the FTC sued Tucker and tribal entities for making loans with deceptive terms. Borrowers were told that a $300 loan would cost only $90 in interest, but in fact borrowers would have to repay as much as $1,000, the court found.