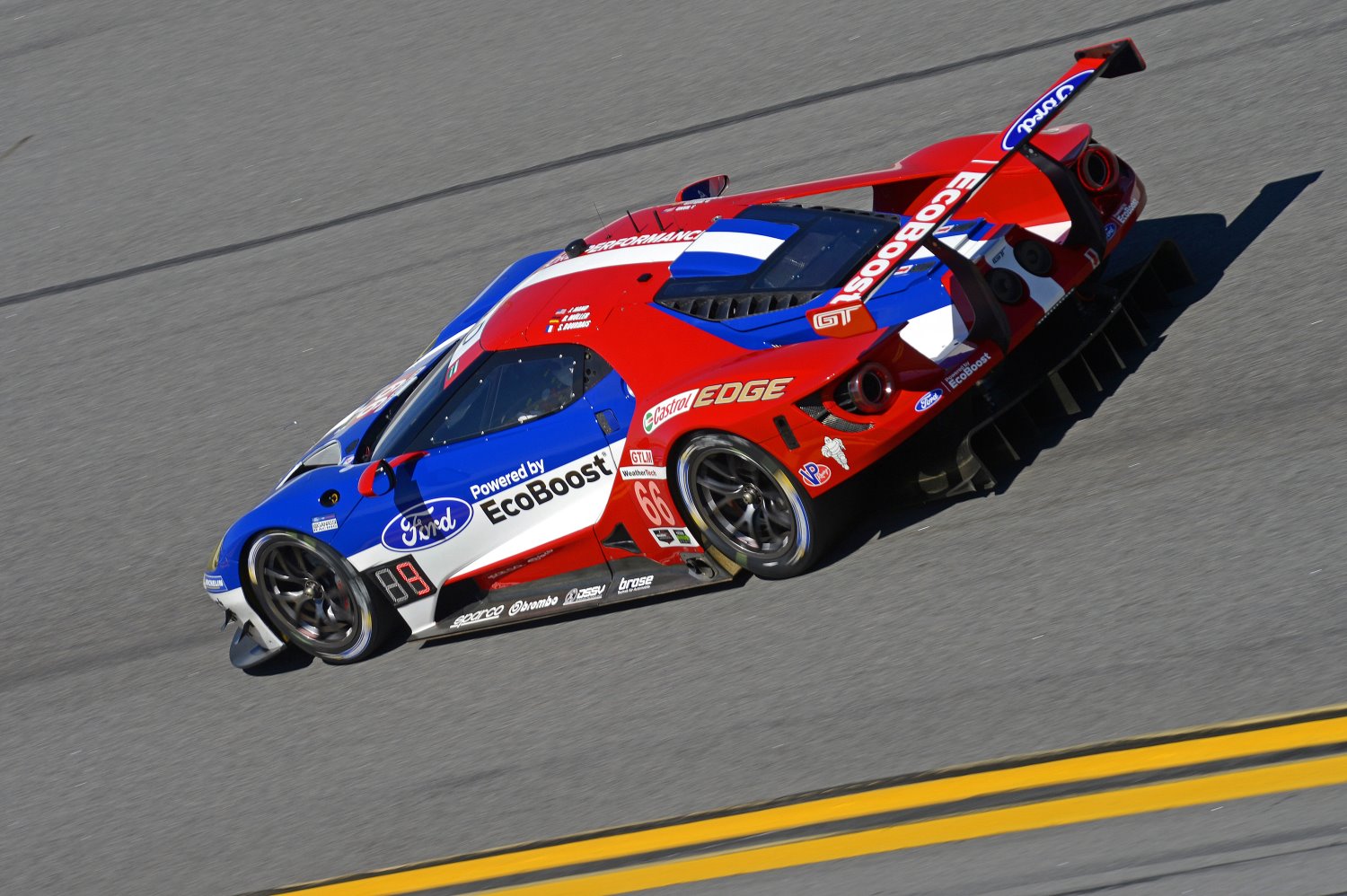 Ford has ruled out a future move to the LMP1 class, while discounting any future prototype program unless it has a practical use to its production and race car technologies.

The American manufacturer, which enters the first of a planned two-year factory program with the Ford GT, has been in the center of the rumor mill about a potential top-level prototype effort once the GT program concludes.

"If we had unlimited funds, it would be great to go out there and play around in the sandbox and do some technologies that are just out there. But that’s not what we’re about," Perciak told Sportscar365.

Perciak explained Ford’s entry into the Daytona Prototype class in 2014 with its 3.5-liter EcoBoost V6 was to specifically prepare for the forthcoming Ford GT production car, and not necessarily for added marketing value.

"We said we were going to insert ourselves, use it as a prototype to prove the engine and develop the engine for [the Ford GT] program, then that makes sense," he said.

“It's got to be a targeted specific use for us and then we might use it for that. But if it’s not a targeted use, we're not interested. And the motor is a great example of a targeted use."

While Ford has been rumored as a potential player in the DPi ranks, it's unlikely the automaker will play an involvement in LMP1, at least under the current hybrid-based regulations, Pericak said.

"It’s awesome that you can do a lot of what they’re doing but again it’s about that investment and that return on investment.

"We can spend a lot of money doing a technology that might never see the light of day in a normal passenger vehicle, or for a very long time.

"Or you can do what we’re doing, which is to invest in an area where we can develop new technologies that will — in a shorter amount of time — make it into a passenger vehicle and ultimately benefit fuel economy and lightweight aerodynamics."

It's unclear if Ford's GT program could be extended beyond the planned two-year run. The manufacturer has yet to reveal the production run for the car, only stating it will build 250 cars per year. Sportscar365.com