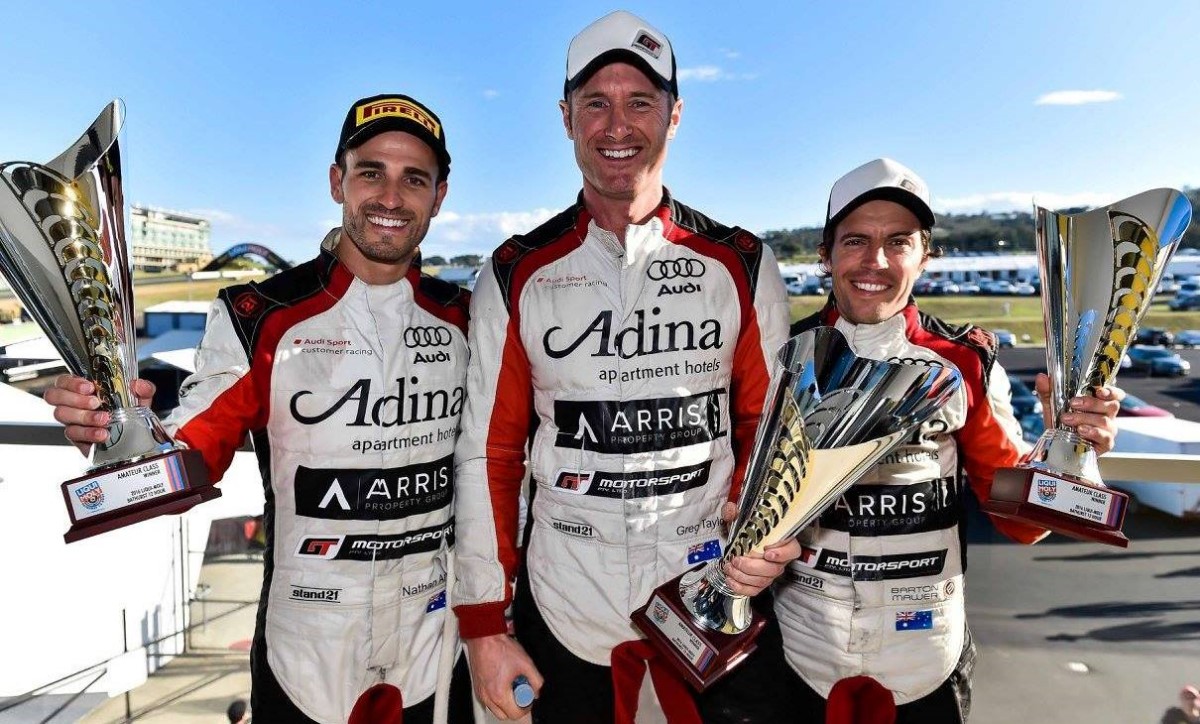 "This is incredible! We never expected to win at Bathurst at our first attempt – things just seemed to go our way all day."

That was Greg Taylor's stunned reaction after his GT Motorsport team won the Amateur class in yesterday's Bathurst 12 Hour race.

The Sydney driver and his team-mates Barton Mawer and Nathan Antunes ran at their own pace in their Audi R8 throughout the round-the-clock enduro.

Having qualifying the 430kW German supercar third fastest in the Amateur class and 10th overall, they were content to let their rivals sprint ahead after the pre-dawn start.

But as the sun rose over the NSW Central Plains racetrack, so did the GT Motorsport trio's fortunes.

After five hours they were back up to third in class, and by the halfway mark they'd moved into second place.

When pacesetter Tony Quinn spun out in his McLaren during the seventh hour, they took the class lead and held it until the finish.

With Antunes at the wheel, the black and red Audi took the checkered flag three laps ahead of the next Amateur class entry, and was classified sixth outright.

The result was extraordinary for Taylor, who began racing barely 18 months ago and had never driven the daunting 6.2km Mt Panorama circuit at race speeds before.

Although he teamed up with Mawer to won the Trophy Class for superseded cars in last year's Australian GT Championship, and Antunes was an outright race winner in the same series, few expected the GT Motorsport team to win on debut in the internationally renowned 12-hour race.

"Barton and Nathan have plenty of experience in long-distance racing, but being the 'Am' driver in the team I really had to learn fast and do the best job I could – and keep the car in one piece!" Taylor said.

"We'd done some testing at Phillip Island, but nothing can prepare you for Bathurst or the 12 Hour. It took immense concentration to drive lap after lap with concrete walls on both sides of the track.

"Driving for two hours in my first stint was awesome!"

"The car ran like clockwork for the whole weekend, so I had plenty of seat time in the practice sessions," he said.

"And our pit stops were faultless, which helped us to pick up time on some of the faster cars that had problems."

Taylor was thrilled to have exceeded his expectations coming into the race.

"I was hoping that we'd be competitive and finish in the top 15, but to win our class and finish sixth outright is beyond my wildest dreams," he said.

Next on GT Motorsport's schedule is the opening round of the 2016 Australian GT Championship at Adelaide Parklands on March 3-6.