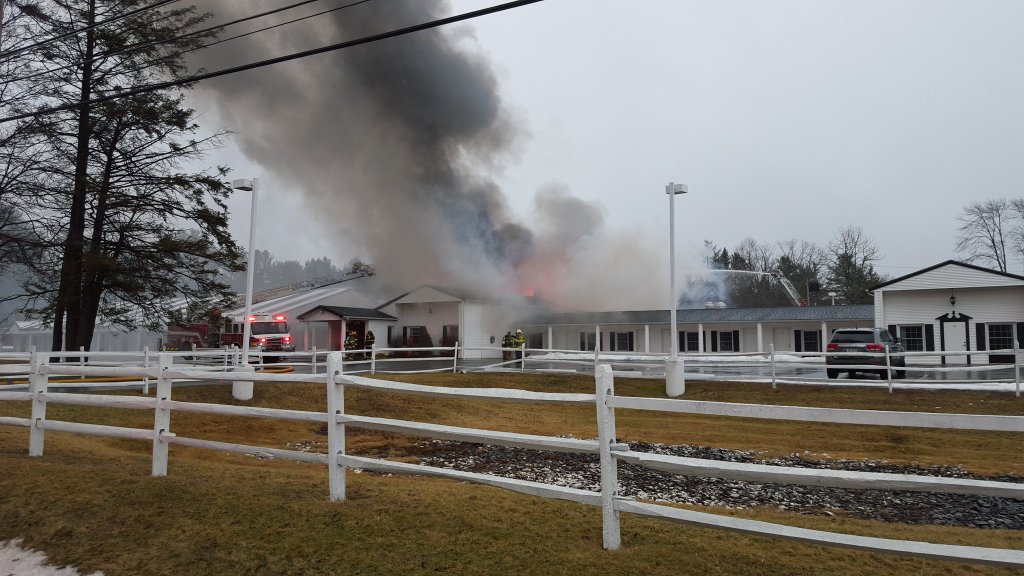 A blazing fire, that required fire companies from four counties, did extensive damage Wednesday to the Blakeslee Inn in Tobyhanna Township. The inn and restaurants, which are on Route 940, are owned by the Mattioli family, which also owns and operates Pocono Raceway, just a few miles from the inn.

Brandon Igdalsky, the grandson of Pocono Raceway founder and the late Dr. Joseph Mattioli, is now the president of Pocono Raceway. In the mid-2000s, Igdalsky ran the Blakeslee Inn before turning his full attention to the raceway. Crews from Monroe, Carbon, Lackawanna and Luzerne counties fought the fire which started around 8:30 a.m. and was not contained until the afternoon.

About 60 to 70 percent of the building was damaged, according to Tobyhanna Township Fire Chief Troy Counterman. Counterman said there were workers in the kitchen area of the restaurant, but everyone got out of the building safely. He said it appears that the fire started in the kitchen area, but the state police fire marshal was at the scene and will make the official determination of the cause of the fire. Pocono Record