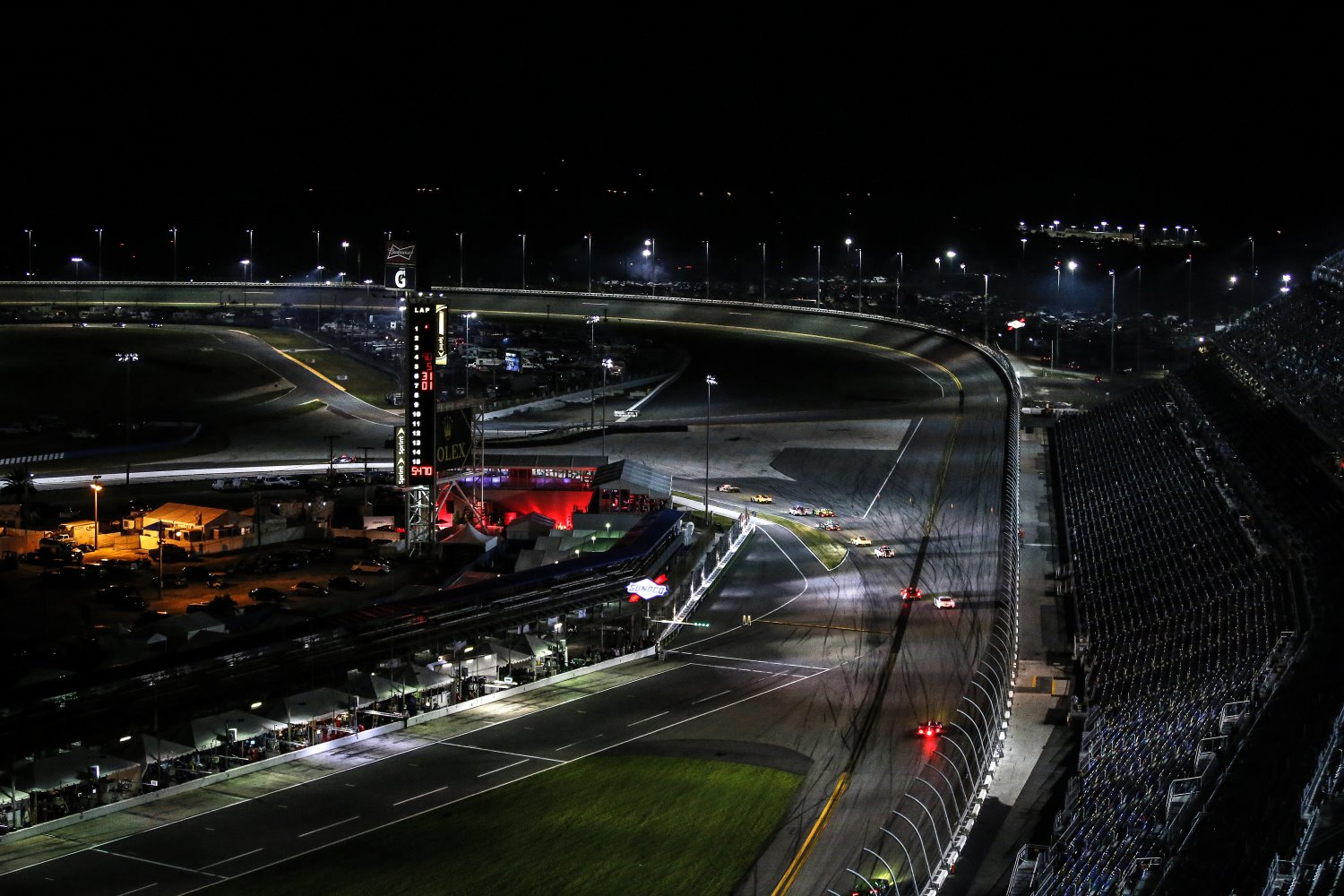 Below, we have shared a letter from an AR1 reader who spent the weekend in Daytona for the Rolex 24, and attends numerous top-level races. He had some thoughts on the event and the facility itself that we thought we would share with you.

This Rolex 24 was very was cool. I had a great time, and would recommend others going to watch. It is fun to watch.

With it being my first visit to Daytona, I was disappointed in the physical plant. There is no feeling of history like Indy, Milwaukee, or even Long Beach. Also, everything in the infield feels squished. The fan plaza is quite small and there is just one narrow two-lane road running through the infield north to south. It was always packed with vehicles and pedestrians. I think that huge lake causes the infield issue. It takes up almost the whole backstretch.

However, there were some nice amenities. The new grandstand is very nice – wide concourses, phone charging stations, nice concessions with a variety of food options, although the seats were uncomfortable, hard plastic. The views are fantastic from the upper levels. The tram and shuttle system is very efficient.

This is a very fan friendly event. You can go into the garage area during the race. It was fun to watch the crew repairing cars in the garages. You can move around and watch from any stand you want. I really liked the bleachers in the horseshoe turn. It is really close to the track and watching the restarts at night there was awesome. Turn 5 was another good viewing spot. I was surprised at how hard they raced at night. I thought they would be in coast mode until daylight.

Turn 1 is a dive bomb turn that crunches gears big time something you could really feel from the grandstand. The infield portion is basically an elongated oval with a reverse dogleg.

Once the race settled down, I attempted to keep up with each class. The lack of video boards made it difficult to follow all the classes as there is a grand total of 1 video board in the fan plaza. Watching there was like watching on TV. No view of the track. I wonder if the Rolex signs will become video boards for the 500. They blocked the view significantly.

Overall, I had a great time and I am already planning to return although I don't think I will stay up almost all night again. I tried to sleep at the track but only got in about 2 hours. I was amazed at how many fans did stay up all night.