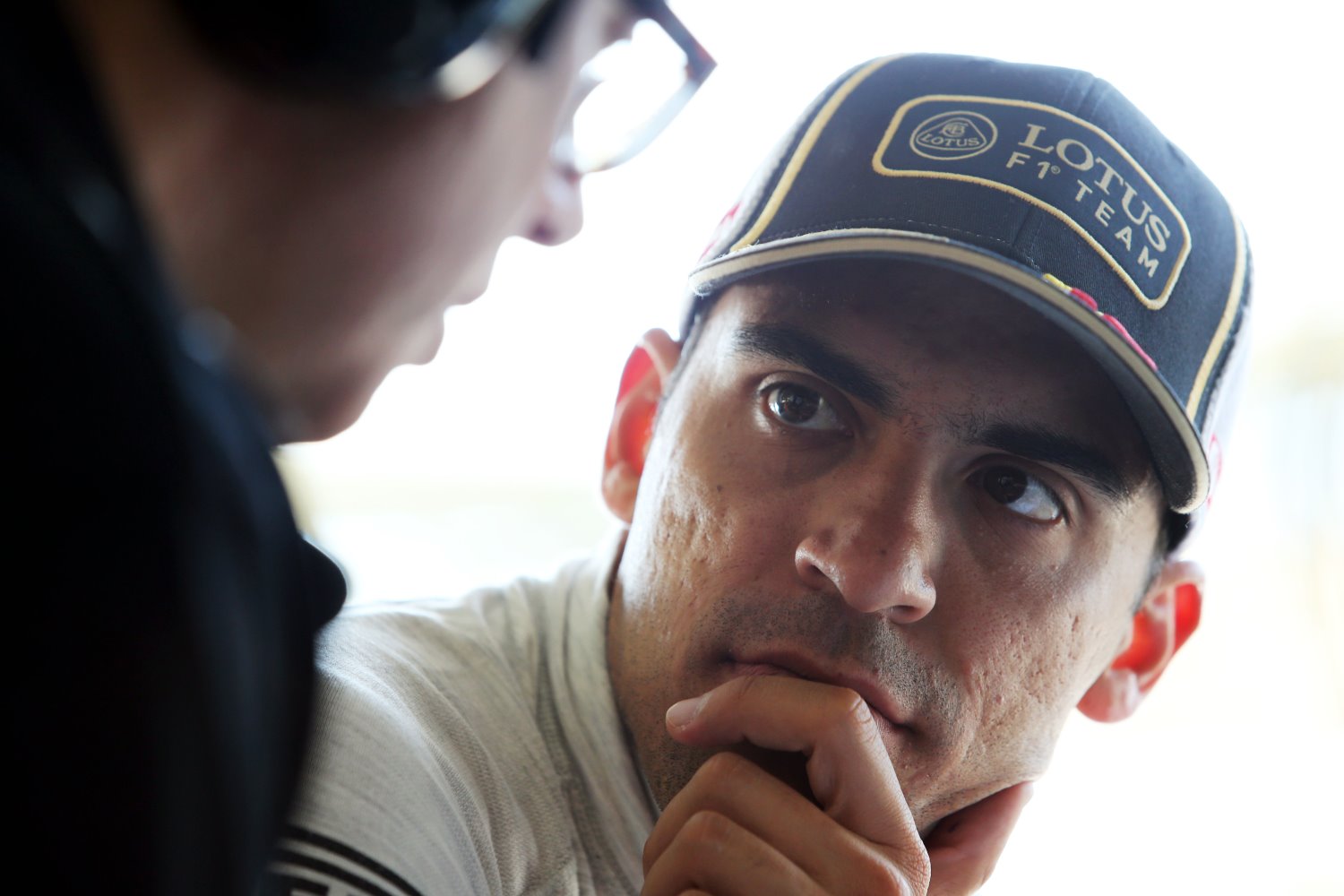 Manor not an option for Maldonado – manager
(GMM) Pastor Maldonado's manager has played down speculation the Venezuelan might rescue his tattered F1 career by joining Manor in 2016.

Reportedly amid problems between his crisis-struck sponsor PDVSA and the new Renault works team, 30-year-old Maldonado confirmed this week that he will not be on this year's grid.

"I will not go into the details of the contract," his manager Nicolas Todt, the son of FIA president Jean Todt, is quoted by the French sports daily L'Equipe.

"But it was done in a friendly manner with Renault. They were fair with us," Todt added.

There are still two unconfirmed race seats for the forthcoming season, as drivers including Will Stevens, Alexander Rossi, Pascal Wehrlein and Rio Haryanto scrap for the places at Manor.

And now also potentially in the running is Maldonado.

But Todt insisted: "I see no real opportunity for us this season. We will try to bounce back in 2017.

"Manor is not really an option," he added. "Without insulting them, after five seasons at Williams and Lotus, it would make no sense for Pastor."

The 34-year-old Briton, who races in the German touring car series DTM, was a McLaren tester for a decade until the team's Mercedes era ended.

But Paffett is now returning to duty in F1 with a role as Williams' "simulator driver".

"We're delighted to have someone with Gary's experience join us at Williams," said Williams deputy chief Claire Williams.

That is the claim of Germany's Auto Bild Motorsport, in the wake of the so-called 'Red Bull engine crisis' that almost silenced the energy drink brand in F1.

Ultimately for 2016, Renault agreed to de-brand its power units for the premier Red Bull team, while Faenza based Toro Rosso secured a supply of year-old Ferrari engines.

But Auto Bild claims that Marchionne, who doubles as the Ferrari president, offered a solution in the form of an Alfa Romeo deal for Toro Rosso.

"It failed because of the money," a Red Bull source said, reportedly referring to a figure around EUR 30 million.

Red Bull reportedly turned down the deal, deciding instead that the plan-B of a 2015-specification Ferrari supply was good enough for the junior team.

"It is a step forward for us," said Toro Rosso team boss Franz Tost.

According to Max Verstappen, the step will be a big one, in the order of between eight tenths and a full second per lap.

"The problem," the Dutch driver explained to Ziggo Sport, "is that we have a 2015 engine and most teams have a 2016 spec, so they will make steps as they go.

"But it looks positive for us anyway — I think we are going to make a bigger step than most teams," Verstappen predicted.

Pirelli had sent out the invitation to the sport's leading authorities and figures and also disgruntled F1 drivers, who want key changes to the tire characteristics for 2017.

F1's official tire supplier, in turn, is pushing for the drivers' support in ramping up track testing this year, arguing that better tires will require extensive running on the limit.

"That's what they have asked for," Bernie Ecclestone confirmed to the BBC a few days ago, "a top team with top drivers, not a team that can't push to the limit and certainly not a driver who can't."

Sky Italia reports that at the Milan meeting, the main news to emerge afterwards is that the sport's stakeholders did indeed agree to Pirelli's request for more testing.

It is a clear step forward for F1 as it eyes major regulations changes for 2017, even if the plan for radically-faster cars hit a roadblock at an earlier Heathrow meeting.

Amid a now-looming end of February deadline for the 2017 rules, and the lack of clear progress in London, F1 took the opportunity to ramp up the importance of Tuesday's Milan meeting.

Bernie Ecclestone, Jean Todt, Sergio Marchionne and many other leading F1 chiefs were there, Sky Italia reported, along with driver representatives including Sebastian Vettel and Kimi Raikkonen.

"The important news," the Italian report revealed, "is that Ecclestone supported Pirelli's request to schedule testing, and within a month there must be an agreement on the new (2017) rules."

The Indian conglomerate Sahara's chief, Subrata Roy, has been in a Delhi jail since 2014, and local reports say he is desperately trying to raise the money for bail.

The Times of India says Sahara on Tuesday asked the supreme court for permission to sell its 42.5 per cent stake in Silverstone based Force India.

"As of now, we have sought the supreme court's permission to sell our various assets and that includes our shares in the formula one team," a Sahara legal source told the Press Trust of India.

"Depending on how much we raise from other assets, we will decide the percentage of Force India shares we want to sell," the source added.

Force India's other 42.5 per cent co-owner is Vijay Mallya, while the remaining 15 per cent is held by the Dutch businessman Michiel Mol.

The report said Roy, jailed for failing to pay back investors, paid $100 million for the stake in 2011.

"Nothing has happened in the last few months except a book being released," he said. "Not a single penny has been deposited by Sahara with Sebi (the Indian securities and exchange board)."

The Honda unit struggled with reliability and performance compared to those supplied by Mercedes and Ferrari as the Japanese marque returned to F1 in 2015.

But rather than look to immediately increase their knowledge of the new hybrid power units by recruiting externally, Honda persevered with a philosophy of training their own staff.

"Sometime around last summer, they asked if we had sufficient [development] resources and wanted to know why we were doing things exclusively on our own," Arai told Japan's Nikkei newspaper.

"They also asked us to use outside personnel, which from their perspective is natural given the high job mobility in Europe.

"But we explained that Honda has a different philosophy. It's important to nurture manpower. It isn't acceptable to us to have an outside engineer stay for just three months or half a year.

"We don't disclose the number of people involved in our F1 team, about half of them are new to the field."

Arai admits the start of 2015 was "like playing whack-a-mole" for Honda because "as soon as we resolved one problem, another popped up".

However, Honda will continue with their 'size zero' packaging this season, despite some in the paddock suggesting it was the cause of much of their reliability woe.

"It's important to minimize the size of power units so that they don't interfere with the car's design. …McLaren once told us that we don't have to be aggressive in downsizing our power unit. But we are determined to shrink the size by whatever means possible." William Esler/Sky Sports