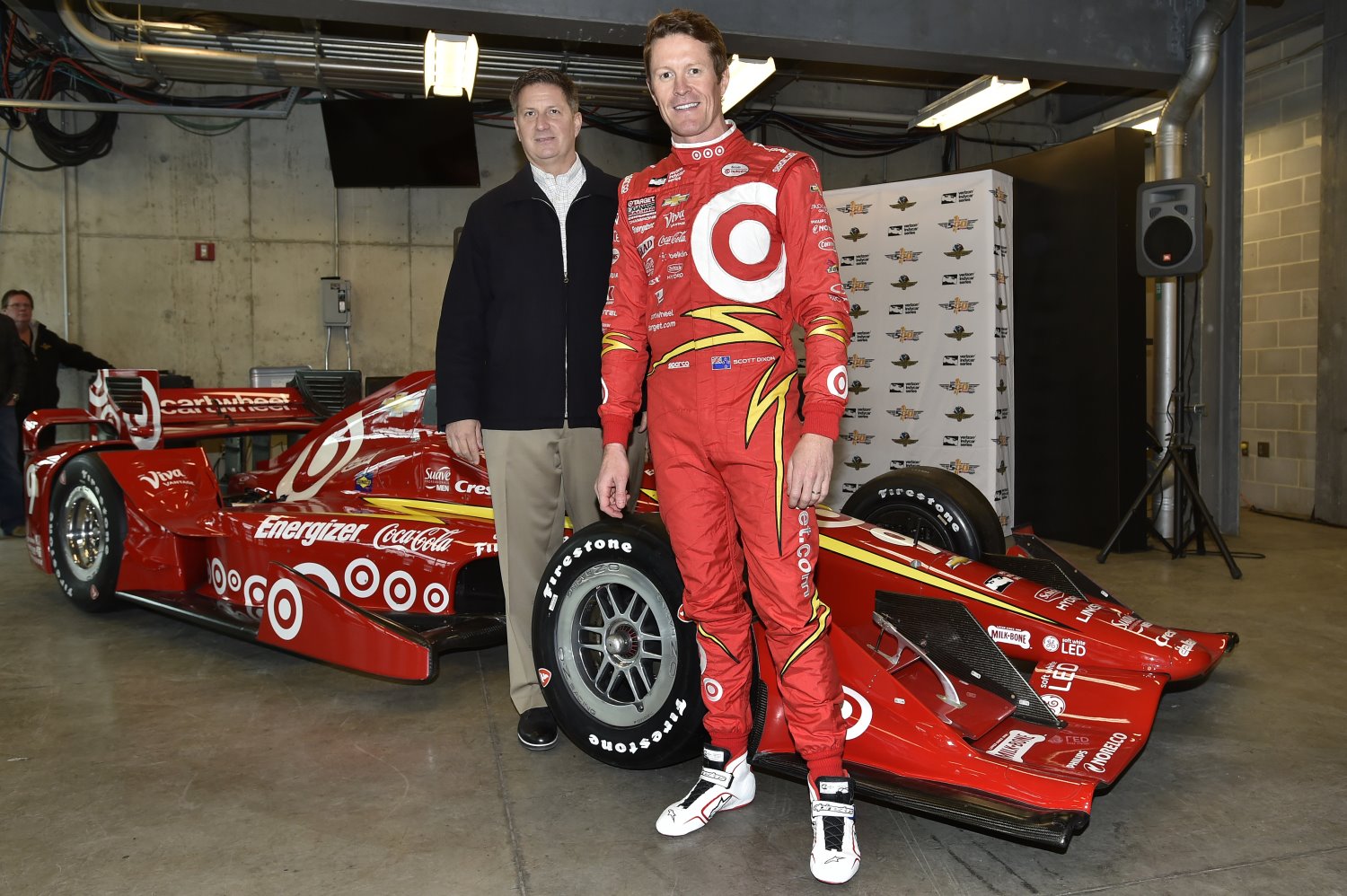 The livery reached a fever pitch in the mid-1990s when drivers Vasser (1996), Alex Zanardi (1997-1998) and Juan Pablo Montoya (1999) accomplished the first-ever four-peat in Indy car racing history by winning four-consecutive Championships. Shortly after, Montoya put the Lightning Bolt livery in victory lane at the Indianapolis 500 in 2000 for Target’s first win in the Greatest Spectacle in Racing. To commemorate Montoya’s return to the Indianapolis Motor Speedway with Target, the paint scheme also made a one-off return in 2009 in the NASCAR Sprint Cup Series Brickyard 400.

Steve Lauletta, President, Chip Ganassi Racing Teams: “Heading into such an historic season with the 100th Running of the Indianapolis 500, the Lightning Bolt paint scheme taps into some of the most memorable times in Target’s longstanding partnership with Chip Ganassi Racing. Scott Dixon will be carrying a big part of history with him in the 2016 Verizon IndyCar Series season, not only as the four-time and defending Champion for Team Target, but with the livery of past Target Champions such as Vasser, Zanardi and Montoya from a very special era in Target’s racing history."

THE MODERATOR: A very special livery unveiling. We'd like to introduce you to the president of Chip Ganassi Racing, Steve Lauletta, and our reigning Verizon IndyCar Series champion, Scott Dixon.

Gentlemen, we'll have you start on each end and do the unveiling.

Steve, obviously this gives you goosebumps to see this, and the importance of Target with Chip Ganassi Racing. Speak of this great relationship you and Target have.

STEVE LAULETTA: It's certainly been a strong suit of our team for a really long time, and with Chip. To be able to bring back the lightning bolt and the wins around the late '90s. When we took the idea to Target, said there's a lot of history talked about, there's a lot of history with this guy sitting next to me yet to be made, but he's already made some, they jumped onboard with bringing this back for the entire season. Happy to get it started today.

THE MODERATOR: Of all the schemes you have run, this one is the most impressive. This is amazing to see. This scheme started in '95 and went through 2001. You've been with Chip Ganassi Racing, this will be your 16th season, you never ran this scheme.

SCOTT DIXON: No. It's very cool to see the paint scheme. It was actually the very first Target car in '97 I saw when you went to my first IndyCar race in Vancouver and then to Laguna Seca that same year.

Brings back a lot of great memories, great drivers, too, Vasser, Zanardi, Herta, and Montoya.

When I came round 2002, the paint scheme had moved on and changed from that point. For me, obviously this group being together for so long, 27 years with Target, an amazing ride. Hopefully this year with the hundredth running, bringing back this iconic paint scheme, we're obviously hoping for big things.

THE MODERATOR: We'll open the floor to the media for questions.

SCOTT DIXON: I believe it's for the whole season. Yeah, I think there's going to be a few different things. I'll let Steve talk a little.

STEVE LAULETTA: We run other partners. Energizer, Coca-Cola will have a paint scheme. When it's the Target paint scheme, this will be the primary for the entire year.

THE MODERATOR: Steve, as you deal with Target, we've seen so many different paint schemes with the different drivers through the years, how far in advance are these laid out? How does Target choose which scheme they would like to run at what venue?

STEVE LAULETTA: We obviously plan and talk to them a lot. It's all based on the business opportunity at each market. Once we get the schedule, we'll sit down with Target. There will be a couple of big places we have events such as Long Beach and Sonoma. We work with the partners on the four races they'll be on the car.

As far as the scheme itself, they are very creative. We've done a lot of different things. You've seen Scott in different fire suits, we've run different paint schemes. With the historic nature of this season, we wanted to go back and celebrate where we've been with them and give Scott the chance to win races and hopefully another championship in this great paint scheme.

THE MODERATOR: Whose idea was this to bring about? Was it you or Target? When did you start thinking about doing something of this nature?

STEVE LAULETTA: We brought it back in the Brickyard 400 several years ago. We ran it on our NASCAR Cup car. Target has a soft spot in their heart for this paint scheme.

We thought about ways we could bring it back before and didn't find the right way. This was obviously the right way. As I said, we've got some ideas on ways to celebrate it and do some fun things with it from a marketing standpoint.

It's good to get it unveiled here. It looks great on the new car. Scott looks good in his lightning bolt, so we're ready to go.

THE MODERATOR: You're not very superstitious as far as driving goes. There seems to be a certain bit of anticipation that the victories will come as they did when this scheme ran so many years ago. Something like this fun to see? You saw this car run. Now you're driving for the team that made this scheme so popular.

SCOTT DIXON: We hope it's a natural part of this team, winning. It always wins one way or another. I think the race in '97 at Vancouver, I believe Zanardi had a problem in qualifying or went to the back of that race and drove through and went on to win that race from the back of the field.

Yes, hopefully we can start at the front, stay at the front, and win definitely a few races this year. Obviously with the iconic running of the hundredth running of the Indianapolis 500 is something a lot of us try to win no matter what year, but with the special occasion, this year, you know, we would like a little bit more.

Yeah, I think anybody in racing and people that love IndyCar racing, when they see this paint scheme, it automatically brings them to many great years and wins that this team has had.

THE MODERATOR: How long does it take to put a scheme like this on the car? A lot goes into a scheme. It's weeks, if not months, that go into the planning.

STEVE LAULETTA: The interesting piece is when you're working with your partners, it's hard to pick this up and take it to their office and show them what it's going to look like. You're usually dealing with different pieces of paper with flat lines, curves to a car.

Once it comes to the car, comes to life, it's up to the guys in the shop to make sure they move lines away from different parts of the body when they take things apart. As you can see, it's a beautiful-looking car.

THE MODERATOR: Thank you, gentlemen, for your time. We appreciate you coming down. Scott, best of luck in the 2016 campaign.