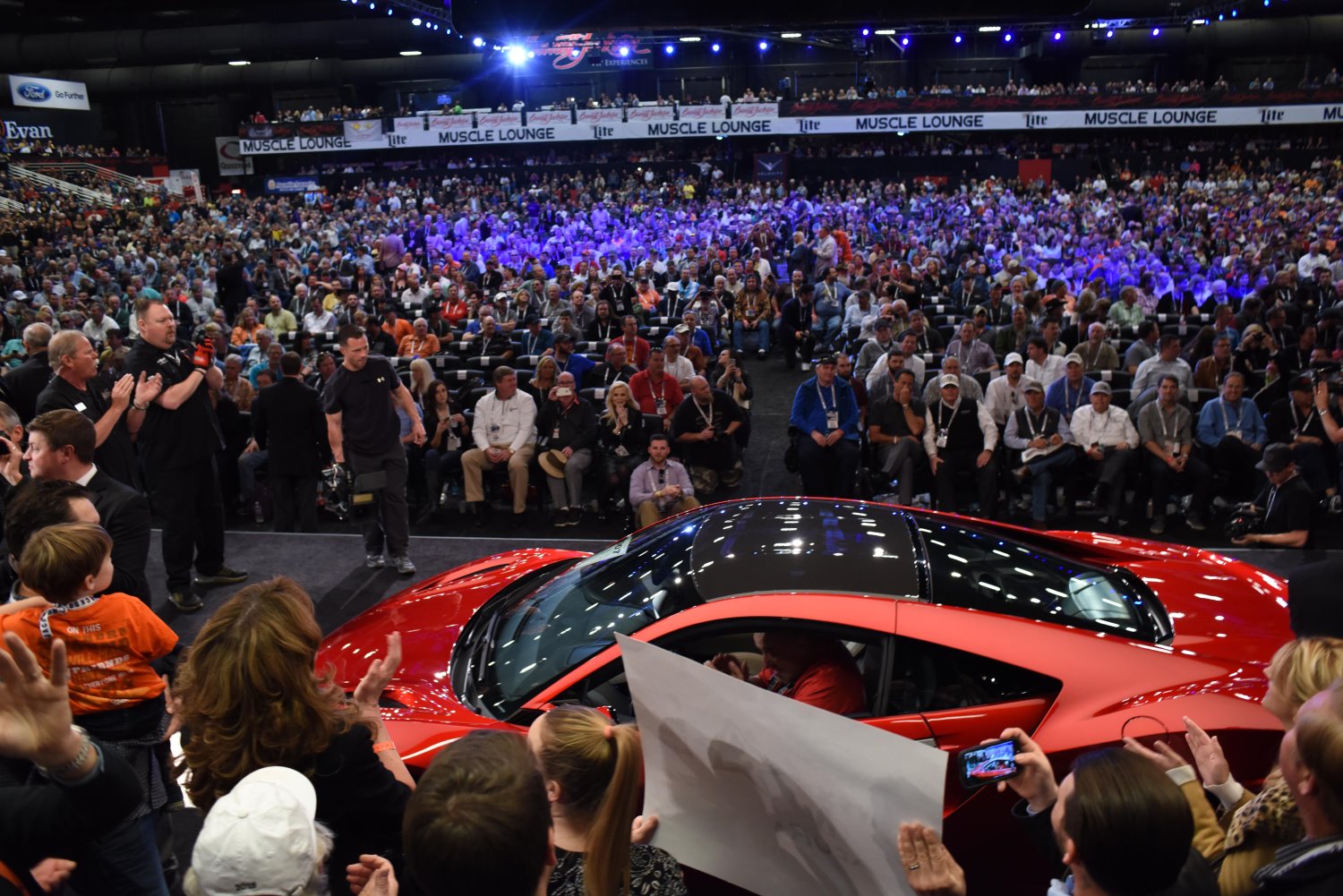 At the auctioneer's final call, the next-generation 2017 Acura NSX supercar tonight smashed the record for a vehicle auction at Barrett-Jackson for the highest-selling designated vehicle identification number (VIN) 001 with the final hammer price set at $1.2 million. Winning bidder Rick Hendrick, owner of Hendrick Motorsports and founder of Hendrick Automotive Group, has earned the right to custom order the first production model of Acura's highly anticipated NSX, which comes to market this spring. All proceeds of the auction will go to the Pediatric Brain Tumor Foundation, based in North Carolina, and Camp Southern Ground in Georgia, the passion project of Grammy Award-winning music artist Zac Brown.

"It was amazing to witness such generosity of spirit and passion for the new NSX," said Jon Ikeda, vice president and general manager of Acura. "Mr. Hendrick will have the great satisfaction of owning and driving the very first next-generation NSX, and making a difference in the lives of thousands of children."

Customer ordering for the 2017 NSX will begin on Feb. 25 at authorized NSX retailers, in concert with the launch of the Acura NSX on-line vehicle configurator on Acura.com.

About the Acura NSX
Created to bring a new experience to the supercar segment, the next-generation Acura NSX challenges conventional beliefs about supercars, with cutting-edge and world-first technologies. Much as the first generation NSX did a quarter century ago, the 2017 NSX breaks the mold through a first-of-its-kind Sport Hybrid Super Handling All-Wheel Drive power unit, a multi-material body structure, advanced aerodynamics and a cockpit that supports performance driving on every level without sacrificing comfort. The 2017 Acura NSX is the only supercar designed, developed and manufactured in the U.S. with production exclusively at the Performance Manufacturing Center in Marysville, Ohio with domestic and globally sourced parts.