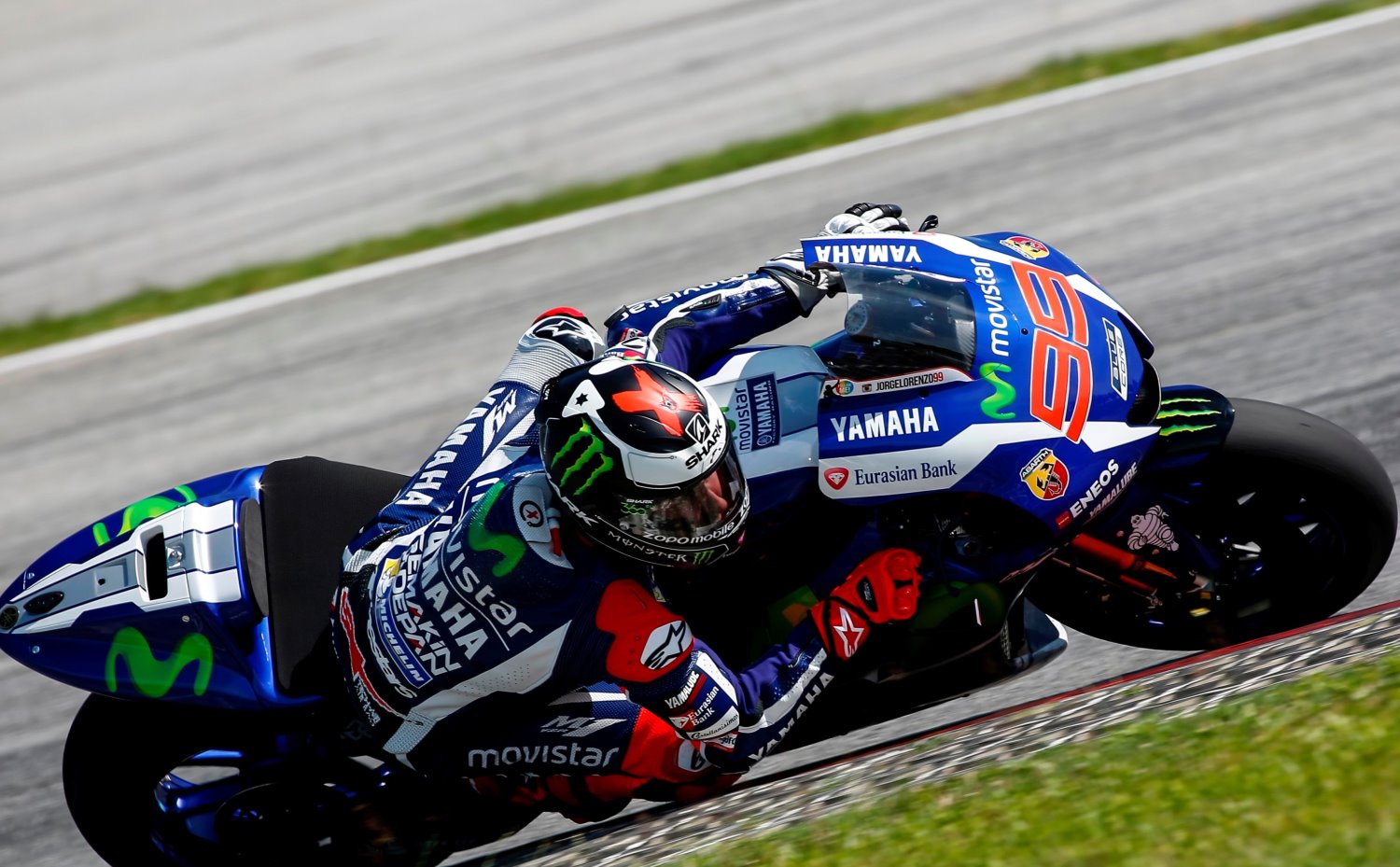 Movistar Yamaha Teammates Jorge Lorenzo and Valentino Rossi made their intentions clear whilst testing their YZR-M1s today at the Sepang International Circuit during the first Official MotoGP Test of the year, taking first and second place respectively.

After a two-month wait, the Movistar Yamaha MotoGP team assembled in Malaysia to kick off the new season with the first Official MotoGP Test of 2016.

Wasting no time, riders Jorge Lorenzo and Valentino Rossi immediately picked up where they left off, securing the top two positions.

Lorenzo arrived at the sunny and hot Malaysian circuit feeling slightly under the weather, but his mood changed as soon as he put his visor down and swung his leg over the new YZR-M1. He needed little time to move up to fifth place at the end of the first hour, before his smooth riding style took him to first position in the standings, which he held until the end of the session. With his pace proven to be as fast as ever, the Spaniard then decided it was time to test various options for the setting of his bike and ended the day 1.033s ahead of the rest of the field with a fastest lap of 2'00.684s.

Teammate Rossi was also eager to break in his new YZR-M1 and make clear he means business. He needed less than an hour to take over at the top of the provisional ranking order and with the muscles fully warmed he went on to focus on testing two different set-ups for his bike. Despite a short break when the session was red flagged due to a crash of Eugene Laverty, the nine-time World Champion was able to tick off most items listed on today's testing schedule. He spent more time on track than any other rider, completing a total of 55 laps, and finished with a solid fastest lap of 2'01.717s for second place.

Massimo Meregalli – Movistar Yamaha MotoGP Team Director
"Personally, I couldn't wait to start testing, because of the new regulations and the work ahead of us. It is good to be back in action and we can be satisfied about today's results. It has been a good first day, it stayed dry for almost the entire test and this allowed us to start working on different bikes. Today has been very positive, we didn't come across any big issues and the riders are getting used to riding on Michelin tires and the new software. They are getting to know the combination of the bike, the electronics and the Michelin tires better and are growing in confidence each time they head out on track. We will study the data this evening and tomorrow we will proceed with our test schedule as planned."

Jorge Lorenzo
1st / 2'02.684s / 37 laps
"I'm very happy and surprised about the feeling I had today with the Michelin tires. The lap times were relatively easy to achieve and every time we exited pit lane we improved something on the bike to understand the electronics better and they adapted very well to the Michelin tires. I'm very happy with the change, because Sepang, for me, is always difficult. Today I only slept two hours because of the jetlag and I have a sore throat so I'm taking antibiotics. My physical condition is not perfect, but to ride two or three laps, I can do that very well. If I was fitter I could do longer stints."

Valentino Rossi
2nd / 2'01.717s / 55 laps
"The gap to Lorenzo is too big, but it's also true that he was stronger than everybody else, so he was able to have a better rhythm. On the other side, my position is not so bad and we worked a lot on the bike. It's just the first day and the total count will be at the end of the third, but we have a lot of things to do. I'm quite happy because the electronics already work quite well. We're not at the same level as last year, but it's already good to ride the bike and especially the Michelin front tyre improved a lot, so the feeling when you ride the bike is more similar to last year. These are the two important issues. We had three bikes, but one of them was just meant for doing a few laps, it was the old one. We have two 2016 bikes and I did my fastest lap time on the bike that's more similar to the 2015 model, so it's a little bit half and half, but just because I didn't have enough time to work on the 2016. I did only one stint and it wasn't so bad, we will continue tomorrow and see. Our first issue for this test is to decide which one, so tomorrow we'll try to get a better understanding."