Jeff Mosing, Eric Foss and Damien Faulkner will complete the driver lineup in the No. 93 ViperExchange.com Riley Motorsports Dodge Viper GT3-R in next month's Rolex 24 At Daytona where the trio will join previously announced drivers Ben Keating and Gar Robinson and the team in defending this year's GT Daytona (GTD) class victory. 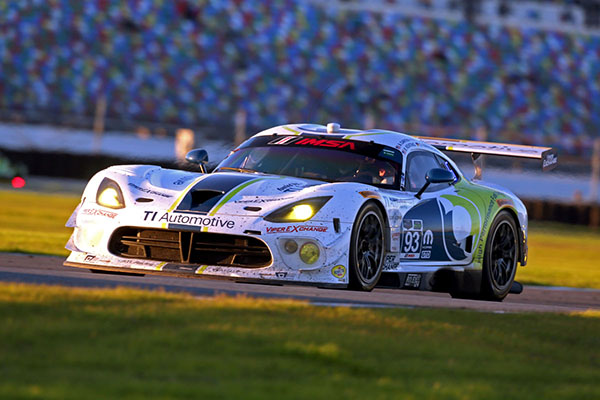 "I am very excited about this lineup," said Keating, who was part of the No. 93's winning Rolex 24 driver lineup this past January. "The 93 Viper has incredible history at Daytona. I expect that both Vipers will be strong for this race but, having said that, I also believe that every car is a long shot in any 24 hour race. Anything can happen and you never know when you can be in the wrong place at the wrong time. The goal is to protect the car to try to be in the hunt within the last several hours. This group of Texans is experienced enough in traffic to protect the car."

The No. 93 squad is truly "Team Texas" for the 54th running of twice-around-the-clock race at Daytona International Speedway. Keating, Mosing, Robinson and Foss are all from Texas while Faulkner, an Irishman, fits right in with some winning race history in the Lone Star State.

"I think it is awesome that we have four Texans teamed up with an Irishman," Keating said. "I am from Houston, Jeff is from Austin, Gar is from San Antonio and Eric is from Dallas Fort Worth so we have the whole state covered. Damien brings a little Luck of the Irish to our Lone Star State lineup and has actually had some good luck racing in Texas in his career. We definitely plan on being the Texas team to cheer for race fans from all around the world."

Mosing returns to the No. 93 Viper GT3-R after making his GTD debut this past May at Mazda Raceway Laguna Seca in the car when it raced in Mosing Motorcars colors. Mosing and teammate Marc Miller, who went on to race with ViperExchange.com at the 24 Hours of Le Mans, were competitive all weekend in Monterey, finishing eighth.

"I'm really excited about our driver lineup for the Rolex 24," Mosing said. "It's very rare to have all things line perfectly with a winning car, team and a stellar driver lineup. Bill Riley and his team are just awesome to work with, I'm really looking forward to it, and it is just unbelievable that we will be racing the same exact Viper that won last year, and the same car that Marc Miller and I ran in Monterey this year." 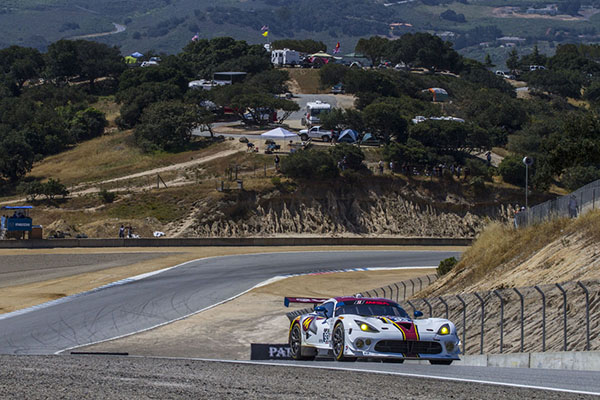 Mosing and Foss have been one of the top Street Tuner (ST) class driver pairings the last few seasons in the ultra-competitive IMSA Continental Tire SportsCar Challenge series. The duo has won several races and garnered the 2014 ST driver title for Foss. They were also among the co-drivers in a third-place GX-class effort in the 2013 Rolex 24 At Daytona.

"Eric and I have been racing together for a while," Mosing said. "He has always been a tremendous influence on me and on how to approach racing mentally.I ran the Rolex 24 in GX in 2013 with Eric and I really love the dynamics of an endurance race. I enjoyed the sunrise from the race car, the smell of the infield crowd's dinner and all of the sounds. Daytona is just an amazing place, there's a different energy with the Rolex 24 and just so much history."

Foss can't wait to make his second Rolex 24 At Daytona start with Mosing and his new co-drivers a winning one.

"I feel really privileged to be part of such a great driver lineup," Foss said. "Every driver on the team has won at the top level along with several championships. Bill Riley has a great history as an engineer and team director and the 93 Viper, having won the Rolex 24 last year, shows that this team is a top-level organization. Being in the 2015 Rolex 24 Hour winning car, the drivers have some big shoes to fill, but I feel we have a great lineup to accomplish that."

Faulkner returning to co-drive with Keating reunites one of the top driver pairings from the 2013 all-Porsche IMSA GTC season. The teammates co-drove to back-to-back race wins near the end of the year, with the first victory coming at Circuit of The Americas (COTA), Keating's home-state track. They backed up the breakout Texas victory with another win one race later (pictured) at Virginia International Raceway (VIR). 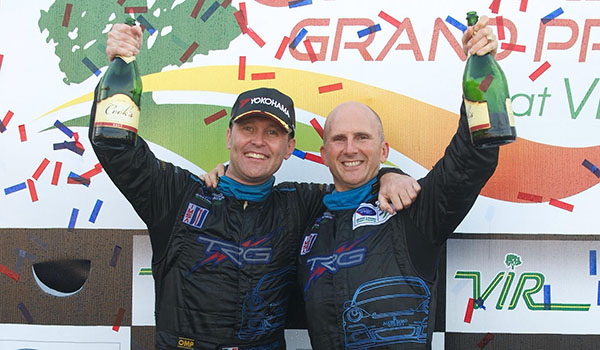 "Damien and I have a great history," Keating said. "I am just excited to see Damien get comfortable in a car with the engine up front! I expect Damien to be lightning quick in very short order and I always appreciate a little luck of the Irish on the team."

After starting his career in formula race cars, including a 2001 Indy Lights victory at Texas Motor Speedway in his oval track debut, Faulkner has focused more on international sports car racing the last several years.

"Ben is extremely passionate about racing, has an innate desire for winning, but above all is a friend," Faulkner said. "I'm extremely excited about renewing our partnership together with the Riley Team, which I consider one of the strongest in the paddock. I sincerely believe this represents my strongest yet chance of Daytona 24 honors, and would like to thank Ben and the Riley team for the opportunity. It's very cool!"

Next up for the ViperExchange.com Riley Motorsports Dodge Viper GT3-R racing teams is the annual Roar Before the Rolex 24 At Daytona test at Daytona International Speedway, January 8 – 10, 2016.

– The Riley family is also part of the No. 93's Texas ties. Riley Technologies founder and Motorsports Hall of Fame of America member Bob Riley, the official listed entrant for the No. 93, is originally from the Dallas area.

– Keating will pull double-duty in the Rolex 24 in both the No. 93 and No. 33 Viper GT3-Rs for the second-consecutive year. He co-drove the No. 93 to the GTD win this year at Daytona with Dominik Farnbacher, Kuno Wittmer, Cameron Lawrence and Al Carter and also led the race in the No. 33. Keating joined Jeroen Bleekemolen in winning two races in the No. 33 later in the season at Road America and Circuit of The Americas, ending the 2015 season with a GTD class-leading three victories.

– In addition to also driving the No. 93 at Daytona for the second-consecutive year, Keating and Bleekemolen are also preparing for their third-straight GTD season together in the No. 33 ViperExchange.com Riley Motorsports Dodge Viper GT3-R. Their co-drivers in the No. 33 for the Rolex 24 will be Miller and Farnbacher.

– Robinson, who turns 21 on January 17, joins the ViperExchange.com effort following a breakout season in Trans Am that saw him win the TA2 championship, Rookie of The Year and three races at Mid-Ohio, NOLA Motorsports Park and last month's finale at Daytona. He is the son of race-winning sports car road racing driver George Robinson who has a long and established history with Riley Motorsports and Riley Technologies.

– Robinson is the youngest driver in the No. 93 and the only rookie but he has already earned the respect and confidence of his teammates. "Anyone that has grown up around sports car racing in the U.S. knows the magnitude of the Rolex 24," Foss said. "It is one of the most demanding races in the U.S., if not the world. Even though Gar Robinson is a rookie, he has moved quickly through the sports car ranks and proven himself as a winner. Gar knows the dynamic of this race and I think we all have the same objective to do the best possible job and work as a team."