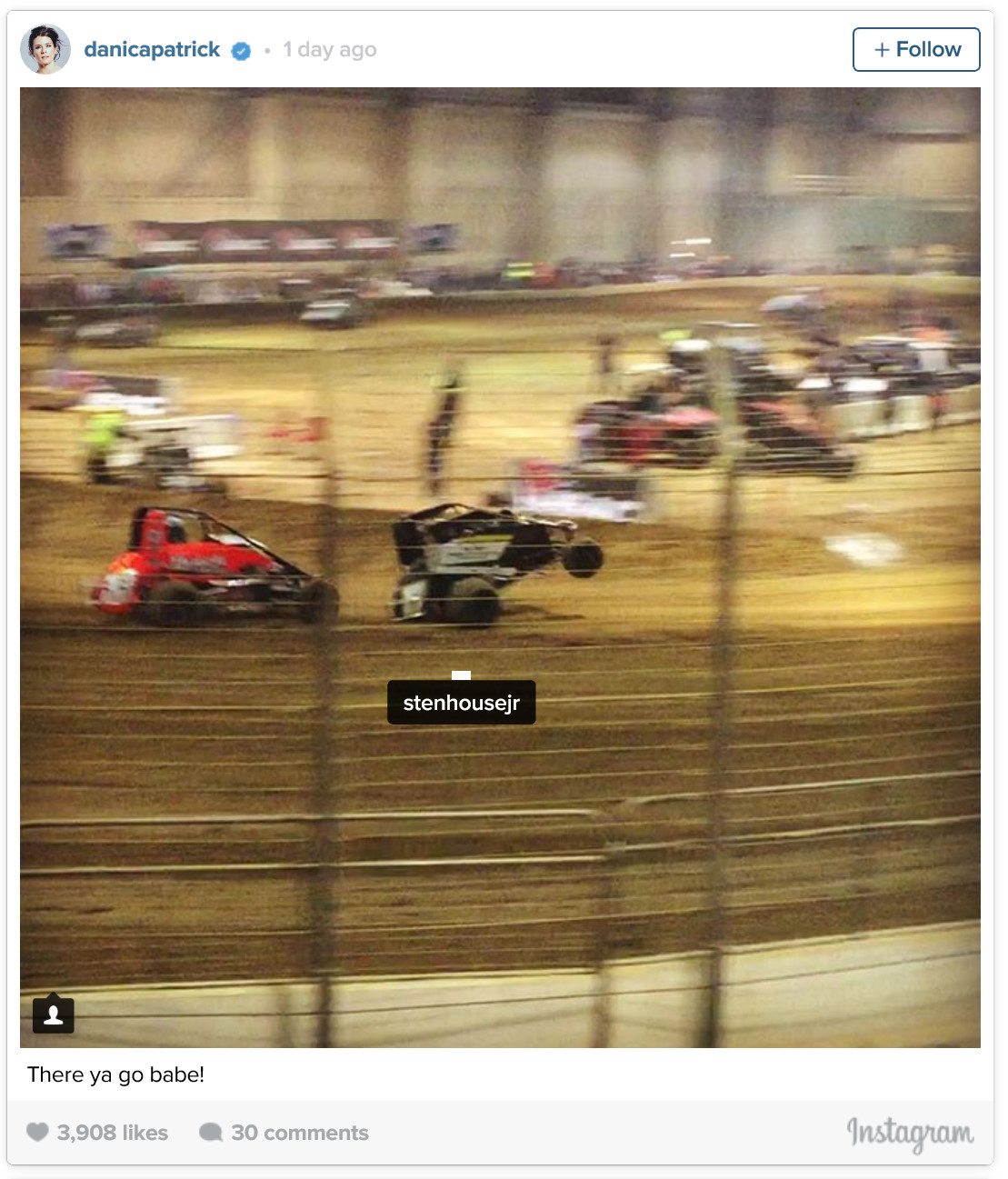 The 2015 NASCAR Sprint Cup Series season was not too kind to Roush Fenway Racing's Ricky Stenhouse Jr., but the former XFINITY Series champion was able to celebrate a victory before the end of the calendar year.

While other drivers are enjoying downtime during the NASCAR offseason, Stenhouse went back to his roots to compete in the Junior Knepper 55 USAC Midget event at the Southern Illinois Center in Du Quoin, Illinois.

Stenhouse's girlfriend, Sprint Cup Series driver Danica Patrick, was on hand and proud of his hard racing throughout.