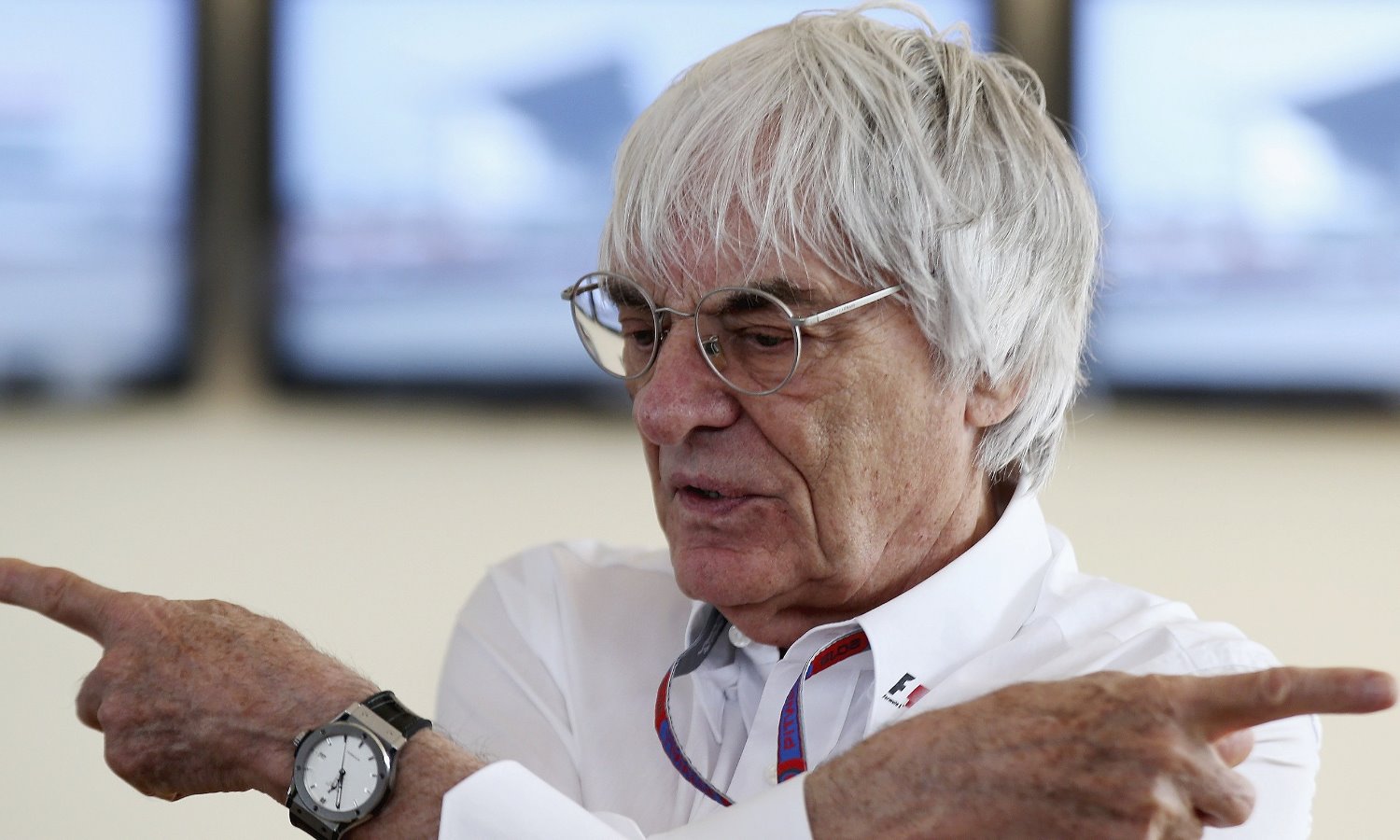 Ecclestone not confirming BBC's F1 exit
(GMM) Bernie Ecclestone is refusing to confirm that F1's free-to-air British broadcaster is pulling out of the sport.

British newspapers this week said the BBC has now decided to stop broadcasting F1 with immediate effect due to cost cuts, despite an ongoing contract.

The reports also said the BBC would be replaced by ITV, to take over the role of sharing Britain's coverage with the pay channel Sky.

But F1 supremo Ecclestone said: "The bottom line is that they (BBC) are cutting back on all types of sport and if we really, really, really had to, we'd say 'You have got a contract and you better get on with it'.

"They can't leave the contract early," he told publications including the Daily Mail.

As for whether ITV can simply take over the BBC's deal, Ecclestone answered: "To do that we would have to agree to have that done so I don't know."

The reports had suggested that after only supplying Red Bull and Toro Rosso with engines in 2015, Renault would now match Mercedes' budget as it returns to full works team status next season.

But Stoll told France's Auto Plus: "Not at all. (We will spend) No more. What we were spending as a supplier must remain the ceiling."

When asked how Renault can possibly keep developing engines as well as running its own Enstone-based works team with the same budget, he explained: "As an engine supplier, you get nothing.

"No sponsors, nor the rights from FOM. No partnerships. But when you are a team, you have access to all of this. And we will make the most of it," said Stoll.

What was missing from Renault's recent announcement, however, was confirmation of who would be running the new team, amid rumors Frederic Vasseur and Alain Prost will be deeply involved.

"At the start of January," Stoll said, "(CEO) Carlos Ghosn will reveal everything."

That is the claim of Dr Helmut Marko, who said that although the team is having to stick with underpowered Renault for now, he is "somewhat proud" that Mercedes but also Ferrari and Honda refused to sell Red Bull a different power unit.

"At the Hungarian grand prix, it is easiest to know the power numbers of your rivals," he told Austria's Servus TV. "And Mercedes found that our chassis is better.

"This strengthened the front against us even more, and therefore there was no deal," Marko added.

"We are somewhat proud that everyone is so afraid of us," he continued, "but the FIA has now recognized that it is not acceptable for the manufacturers to determine who gets an engine and who does not.

"Hopefully, our martyrdom is the impetus for a better future in F1," Marko said.

Mercedes' Toto Wolff, however, rejected the theory that Red Bull was left high and dry by the carmakers.

"Red Bull has an engine, a Renault, so what are we talking about?" he told Auto Motor und Sport. "Ferrari and Mercedes did not help out for various reasons, but it was not as though they (Red Bull) were forced out of F1.

"They just couldn't get the engine they wanted," Wolff added.

"No one is afraid of anything, but we want to compete with the same conditions. Red Bull can use its budget mainly for chassis development, believing they also have the right to the best engine.

"That is not our philosophy," he insisted. "The second aspect is how to deal with your partner when you're in trouble."

As Marko suggests, however, the Red Bull situation is forcing change in F1, including the FIA giving Bernie Ecclestone and Jean Todt a controversial "mandate" to act on certain issues.

"Some of the things that have come up lately, I'd rather not comment on," said Wolff.

Wolff says he is still friends with Lauda
(GMM) Toto Wolff has rejected speculation he and Niki Lauda no longer get along.

The rumors had spread around the paddock towards the end of Mercedes' dominant 2015 campaign, but the Austrians tackled it by amusingly joining hands as they exited a meeting.

Wolff, the team boss, now insists that he still sees eye-to-eye with the F1 legend and Mercedes team chairman, even regarding him as a rare "friend".

"We often discuss things with different viewpoints, but we are together with the aim of developing this team," he told Germany's Auto Motor und Sport.

"In this environment, it's hard to make friends, but I believe that my relationship with Niki comes very close — even if he says he has no friends," added Wolff.

"He is my friend, my sparring partner, my business partner, my travel companion on long overseas flights. I appreciate him in all of his roles," Toto continued.

"He is a triple world champion, an icon, he plays a greater role for formula one and he is always someone that I learn from," he added.

Indonesia's Haryanto seeking US$16 mil to realize F1 dream
Indonesian Rio Haryanto needs to raise US$16.29 million to realize his dream of racing in Formula One with the Manor Marussia team next season, the Jakarta Post reported on Saturday.

The newspaper said Youth and Sports Minister Imam Nahrawi was lobbying businesses and state-owned enterprises to garner support for the 22-year-old, who tested for Marussia in Abu Dhabi this month.

It added that while Haryanto can count on some 5 million euros from sponsors Pertamina, the state-owned Indonesian oil and gas company, he had less than three weeks to raise the remainder.

"I need to find a perfect formula for Rio’s financial support to meet Manor team’s requirement," Nahrawi was quoted as saying in a statement after meeting State-owned Enterprises minister Rini Soemarno.

Nahrawi had issued a statement earlier in the month stating that his ministry would guarantee the money in return for branding to promote Indonesia and associated companies.

Tail-enders Manor, who finished the 2015 season last and without a point, are the only team yet to announce any drivers for 2016. They had Briton Will Stevens, Spaniard Roberto Merhi and American Alex Rossi driving for them this year. The team is due to switch from Ferrari power units to Mercedes next season.