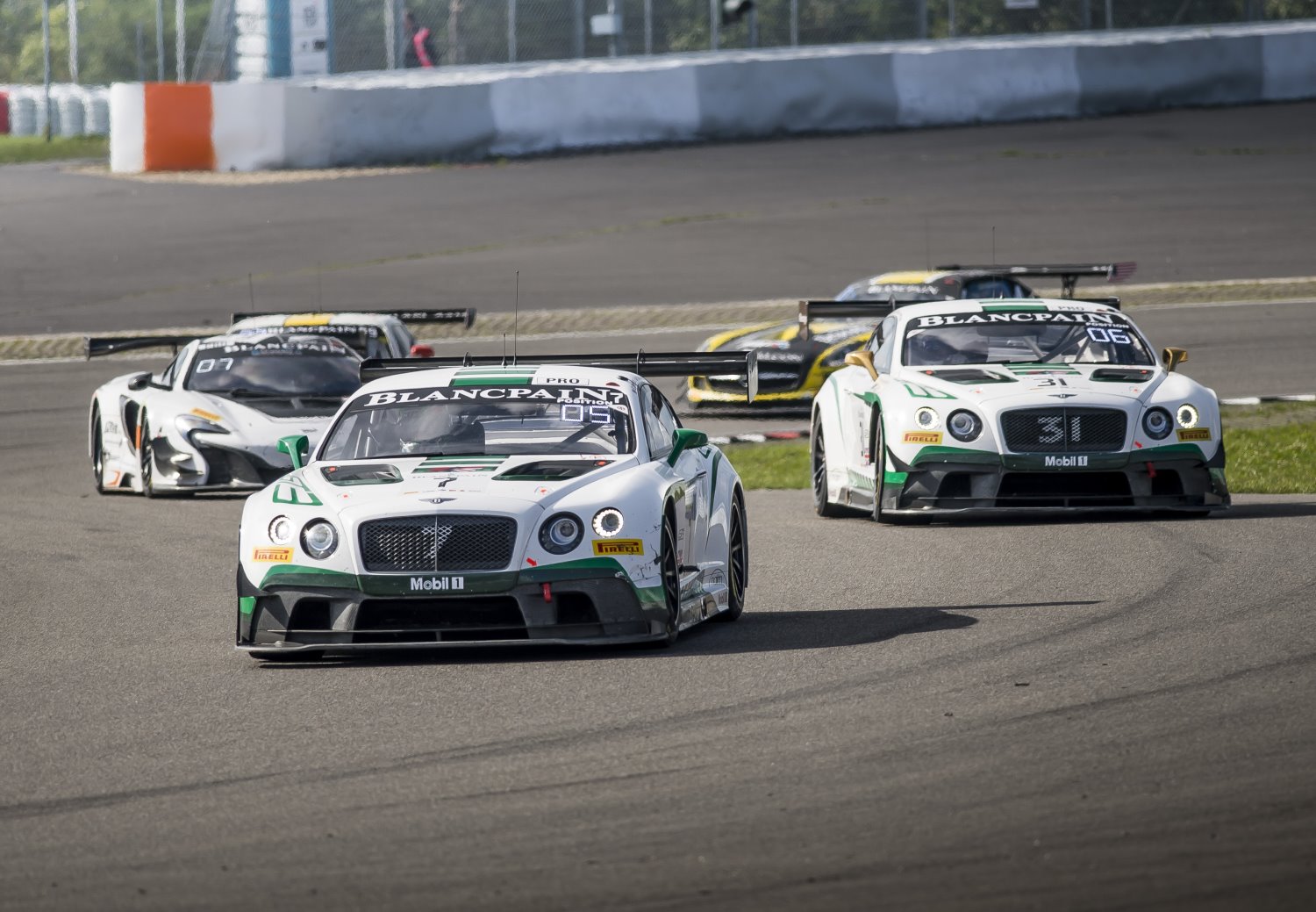 While a deal has yet to be reached, Dyson Racing is targeting a return to Pirelli World Challenge in 2016, for what could be a third consecutive season with the Bentley Continental GT3.

The longtime sports car racing squad, led by father-and-son Rob and Chris Dyson, had enjoyed a successful factory partnership with the British manufacturer over the last two seasons, which included multiple wins and podium finishes with the V8-powered cars.

However, with Bentley's North American motorsports involvement understood to be evolving for 2016, the Dyson's are still working to secure a program that would see the Poughkeepsie, N.Y.-based team continue in the highly competitive sprint race championship.

"We're still keeping conversations alive and we're trying to work hard to get it onto the grid," Chris Dyson told Sportscar365. "There's a strong desire to work together but it has to make sense for both parties.

"We're always looking at every option that's on the table, as we do in every series, whether it's a parallel commitment or something else. But based on recent experience and our relationships we've had, we'd like to come back in some way, shape or form to compete in GT3 racing.

"Obviously we worked very well with Bentley and there's still some ongoing discussions there."

The team had a rollercoaster of a season, largely down to Balance of Performance, which affected their championship bid after a strong second half of the 2014 season.

While Chris Dyson managed to get a win at Road America, he finished 9th in the GT Drivers' Championship, with a late-season driver change in the No. 20 car from Butch Leitzinger to Bentley factory driver Guy Smith delivering a podium at Miller Motorsports Park.

Bentley is understood to have been in discussions with other teams in the PWC paddock, although it's believed any potential 2016 program would not be to the same scale of its full works involvement the manufacturer previously had with Dyson.

Dyson, who declined comment in regards to the ongoing situation with Bentley, however, feels his family's team would continue to be a good fit for PWC next year, amid changes to series management.

"I think World Challenge is making some smart moves in the off-season, organizationally and technically, that I think is going to still make it an attractive platform," he said. "Last year they were definitely coping with some growing pains.
"I like Greg Gill and I like Marcus [Haselgrove]. And with them working more closely with SRO, it can still end up being a very good series, especially with all of these new cars coming online."

While Dyson has not set a firm deadline, he said they'd like to finalize plans by the end of January in order to have at least one pre-season test prior to the season-opener at Circuit of The Americas on March 4-6.

The team, which transitioned from prototype to GT racing in 2014, is also keeping a close eye on other developments in the sports car racing world, including the evolution of IMSA's Prototype class.

"As far as a team like ours is concerned, our interests are myriad in the sport," Dyson said. "Thankfully over our history we've been able to keep a long-term view.

"We're watching the global developments with interest because teams are starting to settle down a bit from the merger and the various issues that it triggered.

"But from our standpoint, Pirelli World Challenge has been a great platform because it's a formula that's worked worldwide.

"We're just going to keep our eyes open to a lot of opportunities. We've got a good facility, a good nucleus of people and I think the one thing we've shown in going from prototypes to GT3 is that we have a good flexibility to move into different deals and do well." John Dagys/sportscar365