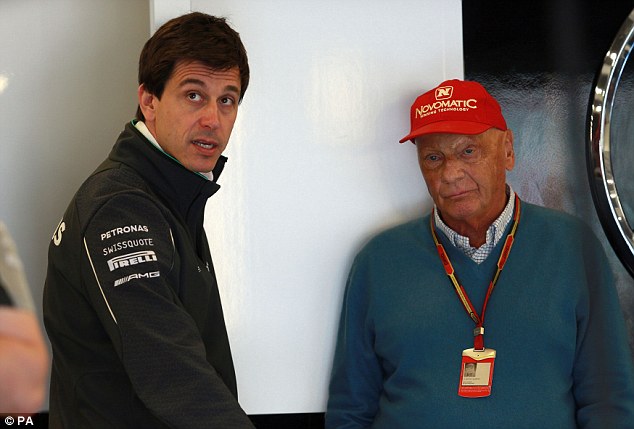 Mercedes boss Toto Wolff says his team has "different objectives" to the FIA and Bernie Ecclestone with regards to new engine regulations.

The FIA announced on Monday it is pushing ahead with plans to introduce a cheaper "client engine" in 2017 in order to bring costs down for customer teams. The move is also designed to try and keep Red Bull in the sport as it threatens to quit F1 as a result of not having a competitive power unit. While Wolff understands why Ecclestone has been keen to make such a move, he is not in favor of the plan to introduce new engines.

"I think you have to understand the different perspectives in that situation," Wolff said. "You have the engine manufactures who spend a considerable amount of money, who have decided to enter Formula One and stay in Formula One because their particular engine concept fits what is happening on the roads.

"But if you are looking at it from the commercial rights holder, the main priority is to have a level playing field and it's not good that one concept is more successful than the other. It must always be an objective to level it out in some kind of way and it's clear in that particular case that we have different objectives."

And Wolff says Red Bull's situation is a problem of its own making which he believes could be resolved by the team salvaging its partnership with Renault.

"Introducing a new style of engine is complex because it needs to be balanced against the current system, we need to change the regulations and it is a completely different technological approach. Can it be done? Yes, it can be done but it's not what we would be hoping for, but it's because we have different objectives."

Wolff is also unhappy Mercedes' acceptance of in-season power unit development has been overlooked, despite it allowing Ferrari, Renault and Honda the chance to close the gap throughout 2016.

"There is one common objective is that we want a strong platform in Formula One and we want to have good competition and something that is not being spoken about is that we have decided to open up the engine regulations for next year. We don't want to hear anybody saying that engines are being frozen and there is no possibility of catching up, and this is why we agreed to something that is against our main, core purpose from our perspective, which is to freeze everything because we have an advantage. But to choose this is not going to help Formula One, it's not going to help us as a brand.

"We decided let's open it up and all those black boxes have been turned into white, which means you have complete development freedom and we can develop whatever you want. We have in-season development so you can catch up during the year and there is no discussion about the freeze any more. This is the step that we made for the benefit of everybody." F1i.com