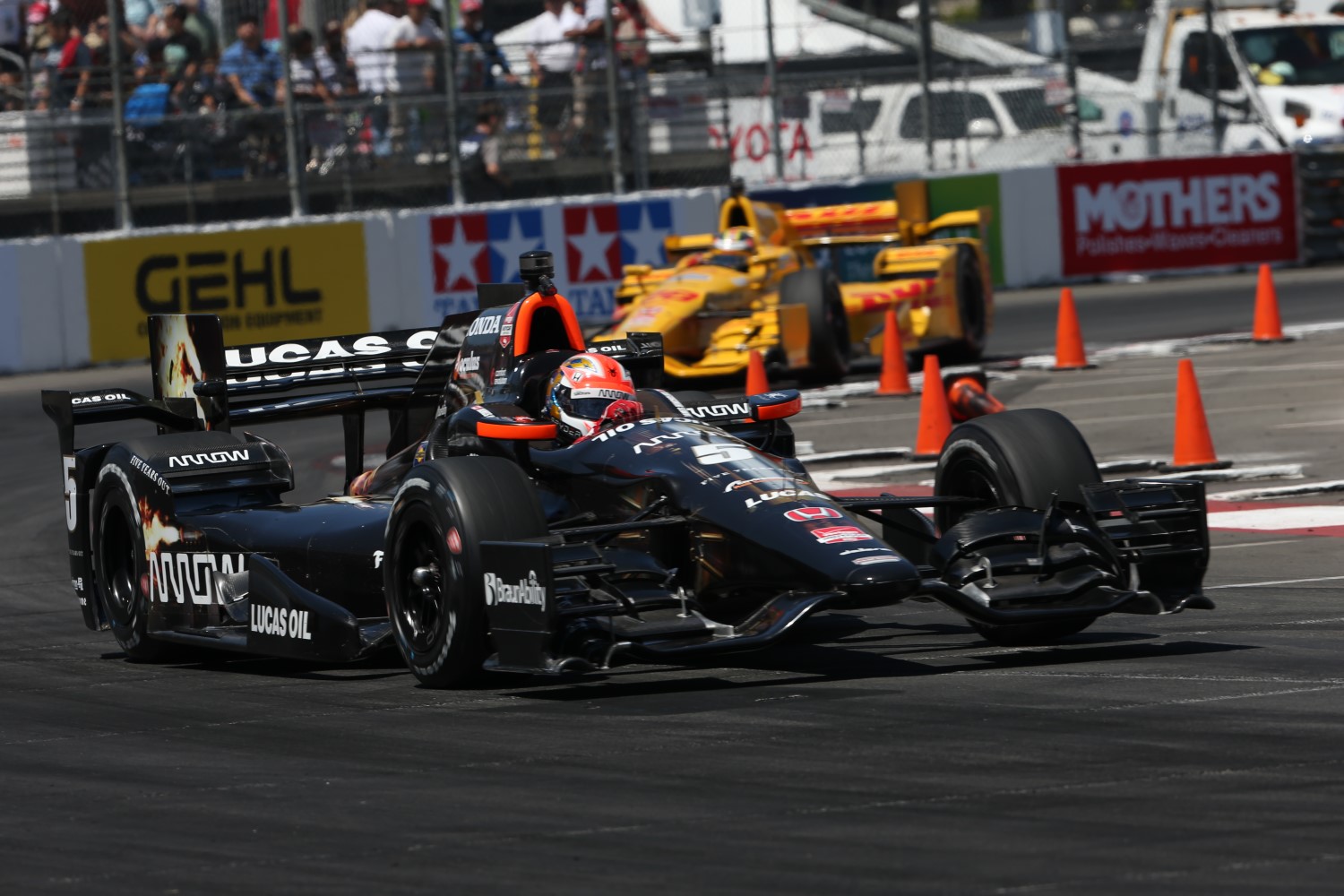 Headquartered in Centennial, Colo., Arrow Electronics is a global provider of products, services and solutions to industrial and commercial users of electronic components and enterprise computing solutions.

SPM team co-owner Sam Schmidt, who was severely injured in a practice lap crash in 2000 that left him a quadriplegic, initially collaborated with Arrow on machine-to-machine (M2M) technologies in 2014. The project enabled him to drive official qualifying laps at the Indianapolis Motor Speedway in a uniquely modified 2014 Corvette known as the Arrow Semi-Autonomous Motorcar (SAM).

The affiliation expanded in early 2015 when Arrow became the primary sponsor of the SPM No. 5 Indy car. At that time, Schmidt commented that a racecar sponsorship was the next logical step in the evolving Arrow relationship that revolves around innovation.

"This has been an amazing journey from day one," said Schmidt. "Ever since I received that phone call from Arrow to drive the SAM car, our lives, both on and off the track, have changed dramatically. The vehicle became a message that has inspired thousands worldwide while B2B and B2C relationships have blossomed. Arrow will assist our nonprofit Conquer Paralysis Now to accomplish its goal of curing paralysis and greatly improving the day-to-day life of those with disabilities.

"In my 20 years of being involved in motorsports at this level, I have never met a group of executives this focused on doing good things for humanity in addition to watching the bottom line. This program proves you can do both."

"Arrow's collaboration with Sam Schmidt and SPM is a natural fit – we are both committed to guiding innovation forward to help improve people's lives," said Michael Long, Arrow's chairman, president and CEO. "We're excited to see the Arrow-sponsored Number 5 car in action during the upcoming IndyCar seasons."

SPM team co-owner Ric Peterson added, "Since the inception of our relationship with Arrow Electronics, I've had the opportunity to meet many members of the organization and I've been highly impressed. From their mission to their services, everything is exceptional.

"A sponsorship extension like this is important for us as a team, so that we can look ahead and focus on long-term results for both sides. I look forward to watching the SPM and Arrow relationship thrive."

The team will continue to run the No. 5 to spread the word about Arrow's Five Years Out initiative and further Arrow's brand story.

Off-season testing began for SPM in September and will continue into the new year. The Verizon IndyCar Series plans to announce its 2016 schedule within the upcoming weeks, which will be updated at IndyCar.com.