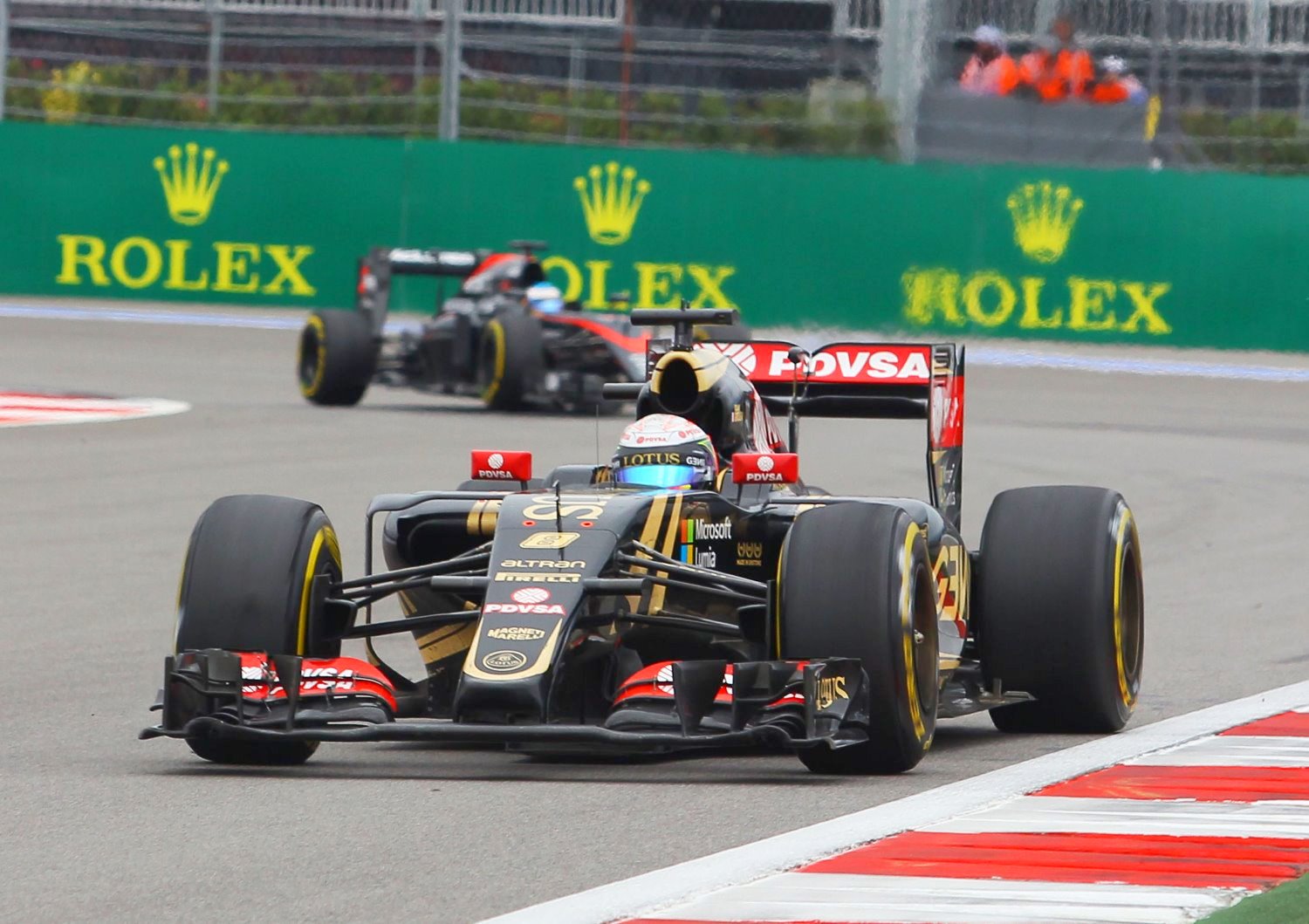 (GMM) Romain Grosjean has admitted to concerns after his big crash in the Russian grand prix.

The Frenchman, who has elected to switch from financially-troubled Lotus to the Ferrari-linked startup Haas for 2016, had one of the biggest crashes of his entire career at Sochi.

"I'm still in one piece," Grosjean told France's RMC. "All the technology today is quite impressive.

"I'll have bruises everywhere tomorrow though. I feel like I have fallen from the tenth floor of a building."

He admitted, however, that he is not exactly sure what happened, even though a cursory look at how Grosjean lost control would indicate it was driver error.

Grosjean is not so sure.

"It was a big oversteer at 300kph," he said, "but it is not clear why the car behaved like that. So we have to analyze that."

Grosjean explained that after early contact and a nose-change, "the car was not working very well. But I don't know what happened" with the crash.

It is a difficult time for Lotus, as the Enstone team is obviously out of money. Renault has signed a letter signaling its intention to buy the team, but there were no signs of progress over the Sochi weekend.

Next up, Grosjean and F1 are travelling to Austin, with the US grand prix to be a sort of 'home race' for the 29-year-old ahead of his new Haas adventure.

But he has some more immediate concerns.

"First we have to repair the car," said Grosjean. "The guys are going to have a lot of work. I hope we have all of the parts that we need.

"Arriving in the United States will be special for me, as I am with an American team next year. I hope I will get a lot of support from the fans."