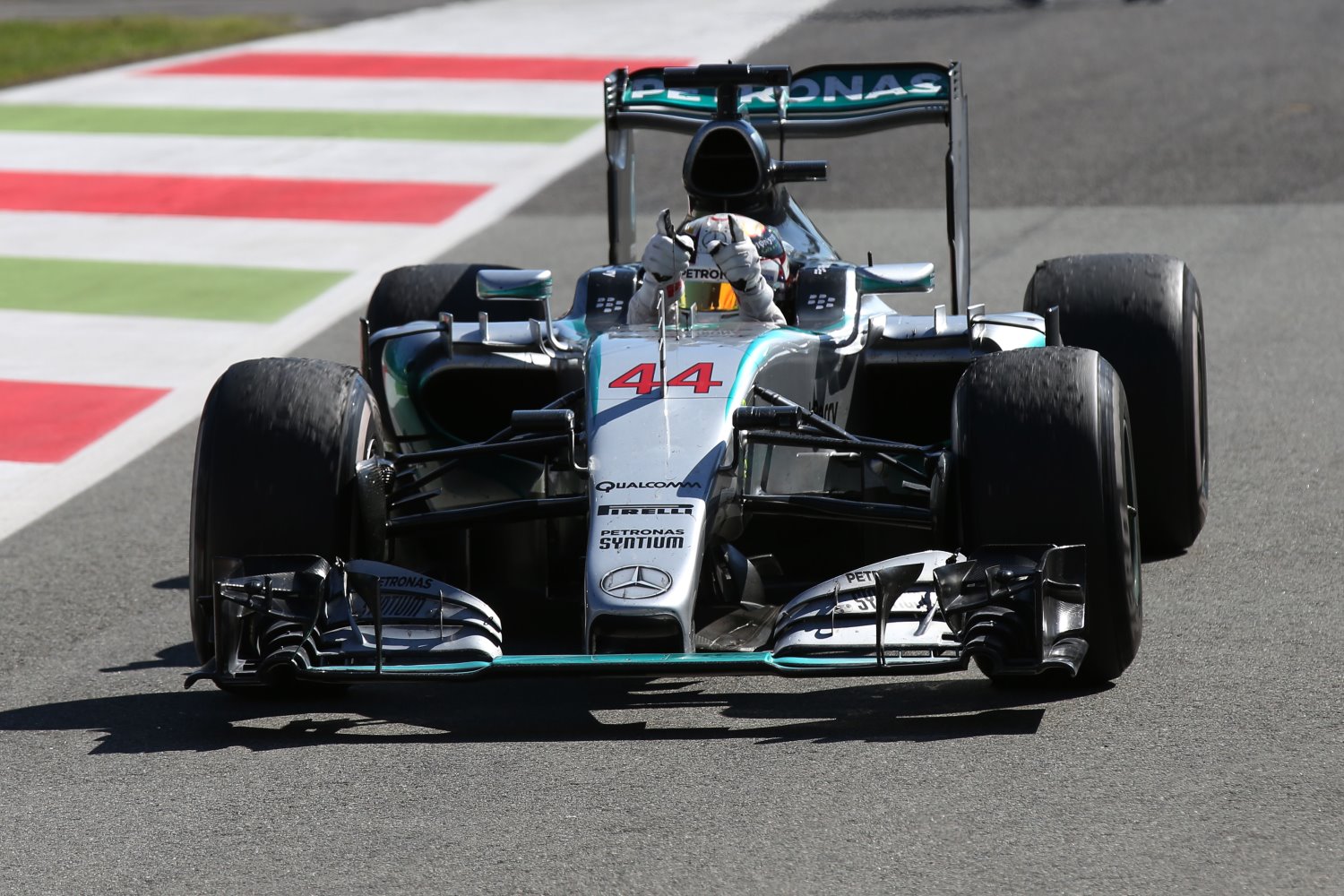 (GMM) Pirelli and the FIA were on Thursday issuing a technical directive to the teams, amid efforts to prevent a repeat of the post-Monza tire pressure controversy.

Actually, according to the letter of the new rules mandating minimum tire pressures, Lewis Hamilton should have lost his victory, one team manager believes.

"The FIA just knew that if Mercedes was excluded, they would go to the Court of Appeal with an excellent chance of success," the unnamed chief said.

So for Singapore, the directive will include detailed instructions and specifications for the teams to meticulously follow, ensuring that everyone is on the same page with regards to what is expected.

This weekend, Pirelli is once again enforcing lower-than-normal tire pressures, in the wake of the Spa blowout saga.

A year ago, Pirelli recommended a minimum of 16 PSI in Singapore, and it emerges that for 2015 the value has been dropped to 18 PSI on the front and 17 at the rear.

Maximum camber values have also been eased compared to last year, as was the case at Monza as well.