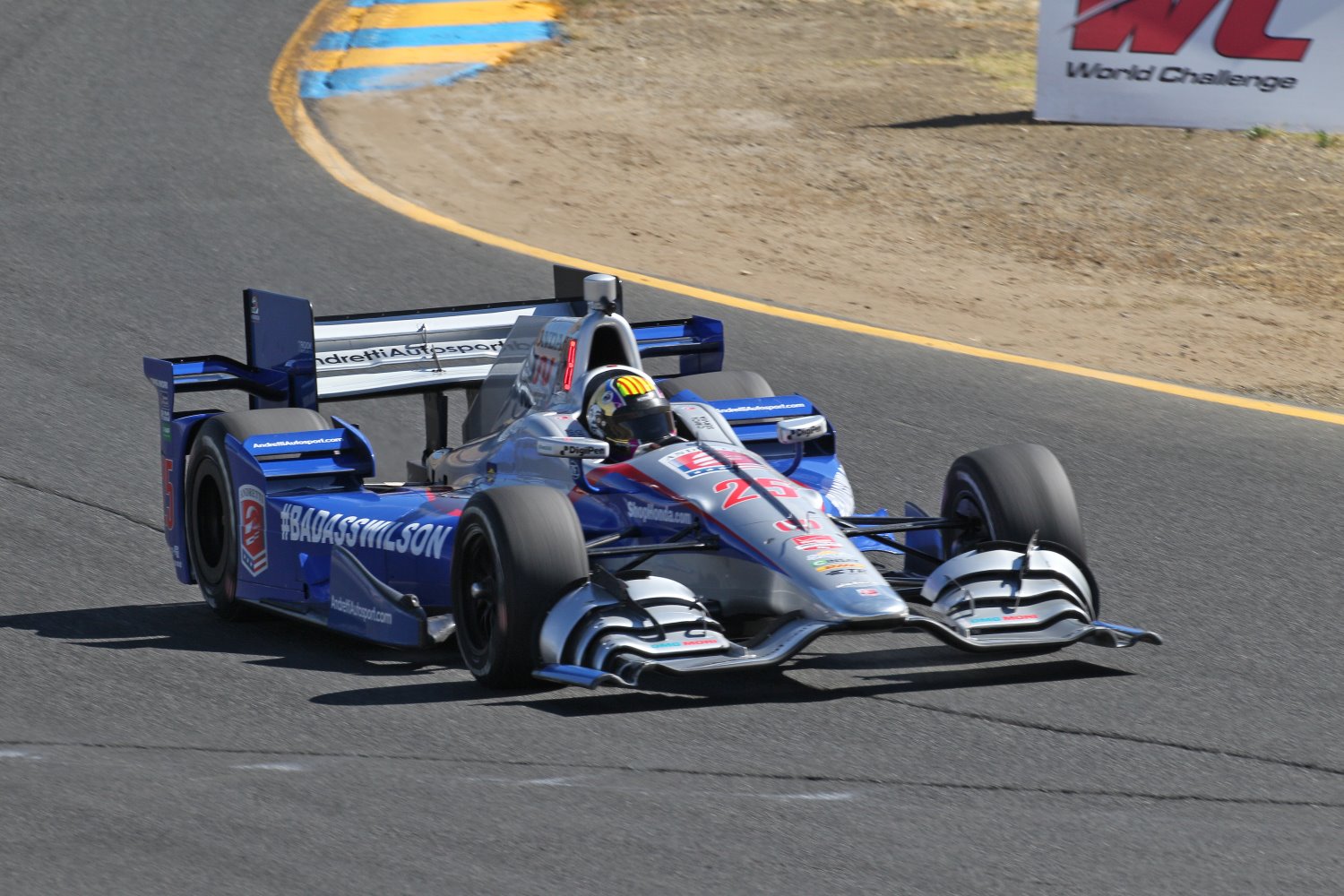 Verizon IndyCar Series veteran Oriol Servia is driving the No. 25 Andretti Autosport Honda in the GoPro Grand Prix of Sonoma this weekend in tribute to Justin Wilson, who succumbed to a head injury Aug. 24 sustained in the race Aug. 23 at Pocono (Pa.) Raceway.

"Justin was a true racer and advocate to our sport," said team owner Michael Andretti. "We will have Justin and his family in our hearts this weekend as we honor him in the way he would want us to, by doing what he loved: racing."

Servia, a close friend of Wilson, said it will be a difficult role but he's honored, too. He is slated to make his 197th career Indy car start.

"It's hard for the words to come out the right way," Servia said. "I have known and raced Justin for more than 10 years. I have an enormous amount of respect for him as a racer, but his qualities as a human were definitely an inspiration to anyone who ever met him.

"As I said earlier this week, I truly feel he was one of these souls who has evolved a lot more than the rest of us, and it is something you could feel immediately during your first exchange with him. He will be greatly missed as we all try to emulate his spirit. I am honored and emotional with the opportunity of driving his car this weekend."

Stefan Wilson, Justin's younger brother, spoke for the family in applauding Servia being named to drive the No. 25 car.

"As a family, we cannot imagine a better person to race in Justin's honor than Oriol," said Stefan Wilson. "His path and Justin's crossed in many different ways through the years. As a competitor, and also as a person, he carries Justin's spirit well. And we know that Justin would approve."

Additionally, American Honda Motor Company and Honda Performance Development announced a contribution to the Wilson Children's Fund based on laps completed by all Honda entries. The Wilson Children's Fund was established this week to benefit the Wilsons' young daughters, Jane and Jessica. American Honda and HPD will contribute $50 per lap completed in the Sonoma race by each of the 13 Honda entries for a possible donation of more than $55,000.

"Justin was a valuable member of our racing program, but he also was our friend, and all of us at American Honda and HPD grieve together at his loss," said Art St. Cyr, president of Honda Performance Development. "We're hoping to honor his memory with this pledge and hope that Justin's many fans and friends can also assist the family at this tragic time."

Firestone Racing announced it will donate $25 to the children's fund for each tire used over the course of the race weekend – a total that could surpass $40,000.

A decal created to honor the memory of Wilson will be on the race cars this weekend. The logo also is on T-shirts that will be on sale at Sonoma Raceway and available online at http://shop.ims.com/indycar/drivers/justin-wilson/, with 100 percent of the net revenues donated to the Wilson Children's Fund.

An account has been established on behalf of the Wilson family. Those wishing to contribute electronically can do so at http://justinwilson.co.uk/donate or by mail to: Wilson Children's Fund, c/o Forum Credit Union, P.O. Box 50738, Indianapolis, IN 46250-0738.