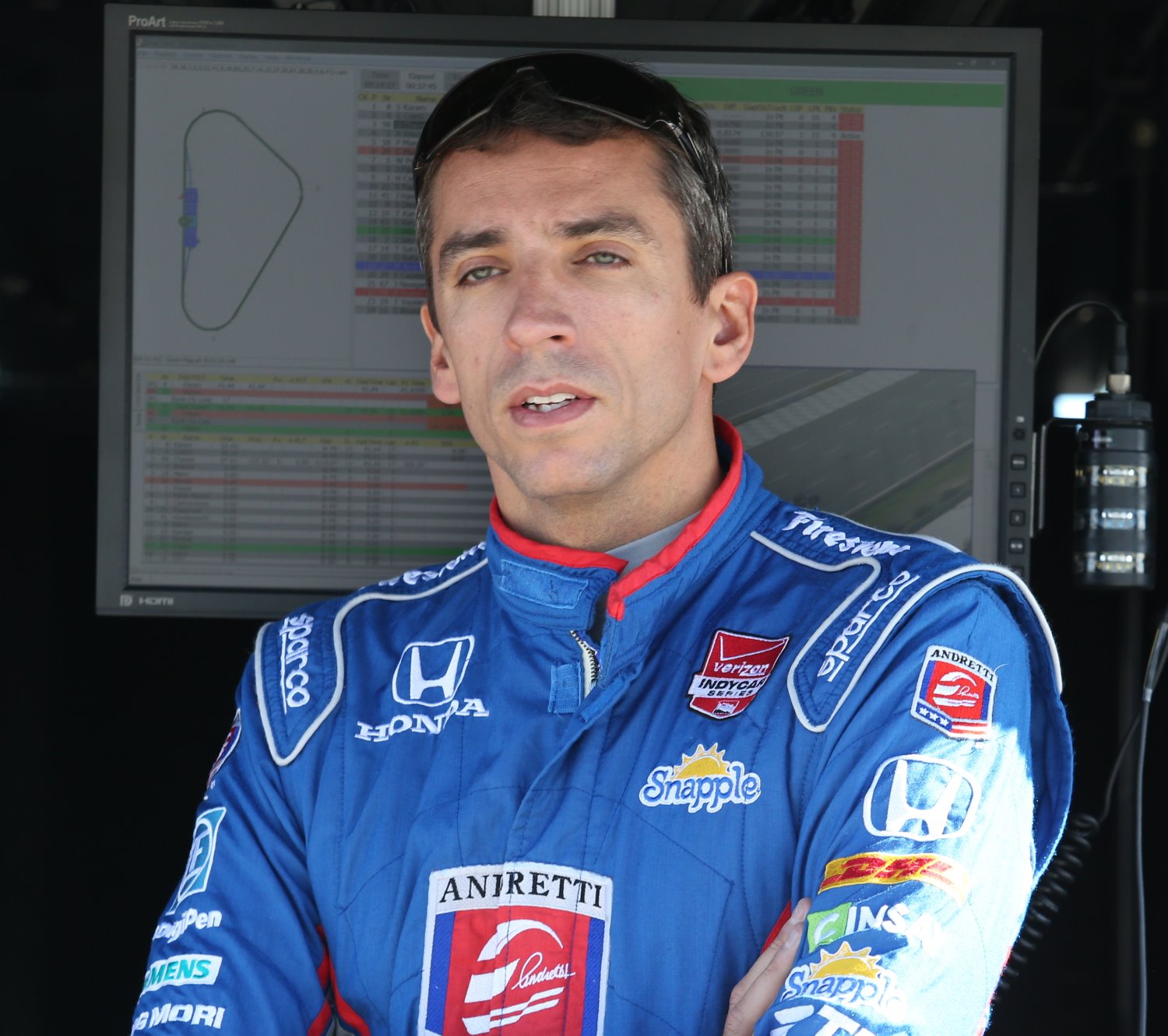 IndyCar announced that Justin Wilson, 37, has died Monday evening in an Allentown, Pa., from the head injury sustained in the accident at Pocono Raceway Sunday. He is survived by his wife, Julia, and young daughters Jane and Jessica.

Our heartfelt warm wishes go out to his family in this most trying times.

"Wilson was a great guy and a friend of everyone in the paddock," said Ed Carpenter.

In what some may consider a fluke accident, he was struck in the helmet by a large piece of debris bouncing around on the track after the crash of race leader Sage Karam.

But was it a fluke? How many (the list is very long) open wheel drivers have to be severely injured or killed from blunt head trauma before something is done? If anything good comes out of Wilson's tragic death, there will be a design undertaken of some sort of canopy system to protect the driver's head to reduce the number of head injuries in the future.

ANDRETTI AUTOSPORT STATEMENT ON THE PASSING OF JUSTIN WILSON

We are deeply saddened by the passing of Justin Wilson. He was a tremendous racer, a valuable member of the team and respected representative to our sport. While Justin was only part of the Andretti lineup for a short time, it only took a second for him to forever become part of the Andretti family. His life and racing career is a story of class and passion surpassed by none. Our thoughts and prayers remain with the Wilson family and fans worldwide.

â€¢ Plans for a public memorial will be released at a later time.
â€¢ In lieu of flowers, please consider a donation to:
Wilson Children’s Fund
c/o INDYCAR
4551 W. 16th Street
Indianapolis, IN 46222